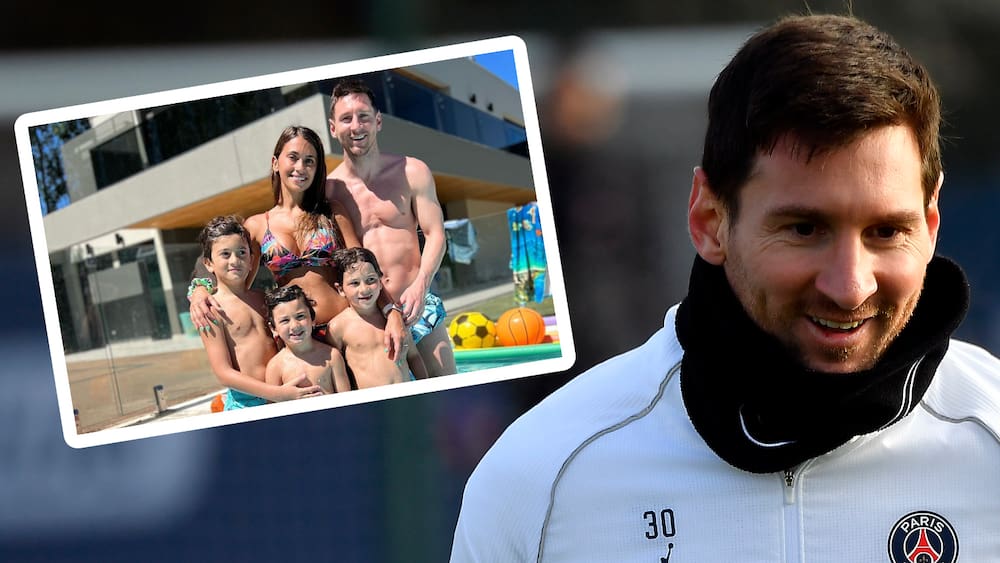 22 top scorer awards, ten best player in the Spanish league and seven Ballon d’Ors. This is what Lionel Messi’s (34) personal trophy cabinet looks like. There are also numerous championship titles, cup wins and Champions League successes. With so many prizes to be won, there is no doubt that there needs to be space to display them. But that’s not a problem in his new villa in Argentina.

The “Fortress”, as the three million euro building is called, has between 20 and 25 rooms! It is located in Messi’s hometown of Rosario in one of the wealthiest parts of town called Kentucky. In addition to the abundance of rooms, the magic flea had an underground car park built that offers space for up to 15 cars. So enough to receive many guests.

This is what happened at Christmas, when Messi went on holiday in his new home for the first time. As is well known, the PSG superstar not only spent the holidays in the luxury hut. Due to his corona infection after a pompous celebration on New Year’s Eve, he also stayed in quarantine there. With their own pool, home cinema and gym, he and his family probably had plenty of distractions.

While father Jorge Messi in particular took care of the construction with the architects, the footballer and his wife Antonela (33) were responsible for the furniture. Tables, chairs or sofas were imported from Israel, Milan and also from Paris. A huge Messi portrait in an Argentina jersey also adorns the entrance area.

The fortress is not quite finished yet and is currently used more as a holiday home. But after his resignation, it is likely to become the permanent home of the Messi family. (che)

Superstar is looking for an apartment: Is Messi moving into this luxury castle?(00:48)