Home » Health » Local banking entities earned up to $11.3 billion during the 2021 financial year 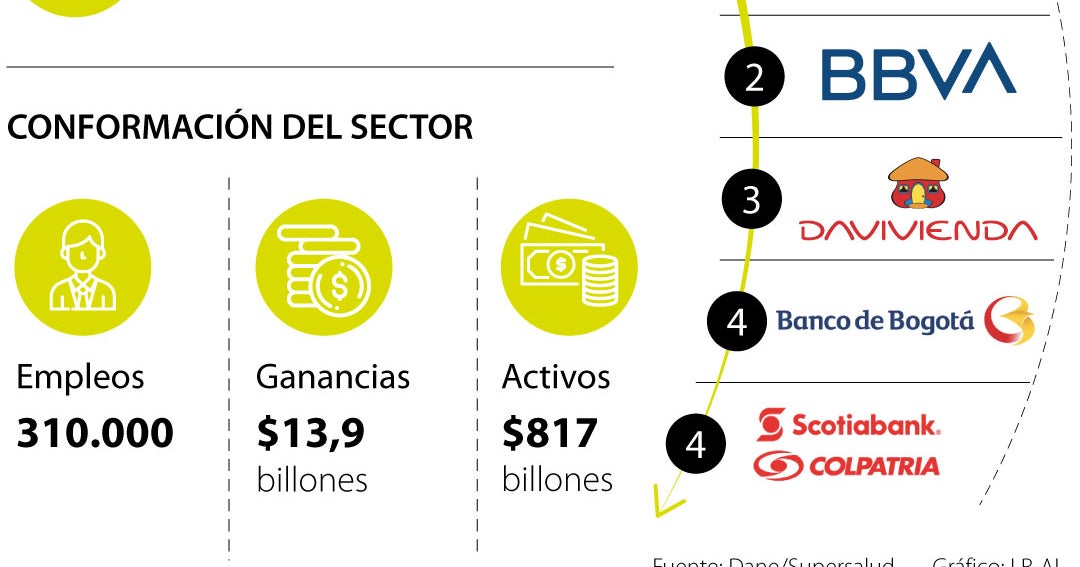 With a cut to December 2021, the banks reached profits of $13.9 trillion, which represented a growth of $2.2 trillion compared to the accumulated in November of last year. National entities contributed $11.3 trillion, while international banks recognized $1.83 trillion and first-tier public banks represented $778,919 million. According to the system figures presented by the Financial Superintendence of Colombia (SFC), the end of 2021 consolidated the positive trend of the results ofthe financial sector.

Credit Establishments (EC) achieved results of $16.1 billion; while financial corporations, $1.9 billion; finance companies, $186.5 billion; and financial cooperatives, $86.4 billion. Said behavior was due to the lower expense in provisions, the reduction in administrative costs and the higher income from portfolio and investments.

In terms of income, the figures reported by the Superintendency of Companies show that the banks that led the ranking were Bancolombia, with $62.6 billion, Bbva ($29.6 billion), Davivienda ($21 billion), Banco de Bogotá ($17 .9 billion) and Scotiabank Colpatria ($11.5 billion).

“The bank will continue to be a key ally for families and companies in Colombia. We have a clear north: deepen financial inclusion, leverage sustainable economic growth and continue contributing to the reactivation of the economy from different sectors”, said Hernando José Gómez, president of the Banking Association and Financial Entities of Colombia (Asobancaria).