Damian Lillard is not buying the talk that Team USA’s 83-76 loss to France is the “end of the world” but the reaction in the States suggests otherwise.

Sure, LeBron James and Steph Curry may be among a host of stars who skipped the 2021 Olympics and were unavailable yet this was still a USA side led by 11-time All-Star Kevin Durant.

He was far from the only one, joined by Draymond Green, Bam Adebayo, Zach LaVine and Damian Lillard.

This was a team of champions but not a champion team with France star Evan Fournier’s declaring just as much in a telling post-game admission.

“They are better individually,” Fournier said of the Americans, “but they can be beaten as a team.”

Even more telling was the fact that when France emerged victorious they barely even celebrated.

Team USA lost to Nigeria and Australia in pre-tournament exhibition matches but with a 25-game Olympic winning streak snapped it has become clear the Americans are beatable.

This is no longer a team to be feared.

Team USA missed its final nine shots with five of them coming in a 21-second stanza in the final minute before Evan Fournier (28 points) drained a go-ahead 3-pointer.

The Athletic’s Joe Vardon labelled it a “laughable” chain of events.

“There was a laughable — if that’s the word — sequence, starting with about 40 seconds to go and the Americans down two,” he wrote.

“Kevin Durant missed an open 3, Bam Adebayo missed the putback. Zach LaVine missed a jumper. France turned the ball over, but Durant and Jrue Holiday missed 3s. Then Damian Lillard slipped while dribbling the ball and turned it over on the next possession.”

Vardon reported that the playing group were “grumbling on their way back to the locker room”, left “frustrated” by the fact they were running “San Antonio offence” under coach Gregg Popovich.

Popovich had said the shortened nature of training camp meant the offence would be based on “concepts” instead of team plays.

Durant admitted before the Games that Team USA would not face a “cakewalk” in Japan and that much was clear after the shock defeat to France.

It was their first at the Olympics since the 2004 Athens Games and had NBA personality Stephen A. Smith demanding answers.

“Okay! Now I’m getting concerned,” he wrote on Instagram.

“Although this loss is the one that counts, it’s still like 3 losses in their last 4 games. What in the hell is going on? Damn!”

Lillard said the team’s history of dominance may work against them.

“I think that’s why a lot of people will make it seem like the end of the world, but our job as professionals and this team and representing our country at the Olympics, we’ve got to do what’s necessary and we still can accomplish what we came here to accomplish, and we’ve got to make sure we keep that in mind.”

He may not think it is the “end of the world” but the reaction online said otherwise. 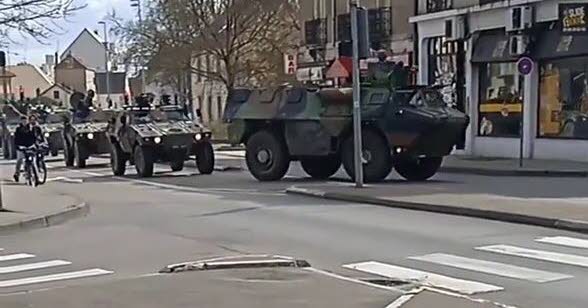