Several manufacturers have announced their first motherboards with Z690 chipset. These provide support for the Intel Alder Lake desktop processors unveiled on Wednesday. The first Z690 motherboards will appear on November 4, along with the first Alder Lake chips. No prices have been announced yet.

The upcoming motherboards are based on Intel’s new Z690 platform, which includes support for PCIe 5.0. Intel Alder Lake CPUs themselves have sixteen PCIe 5.0 lanes and four PCIe 4.0 lanes. The processors also officially support dual-channel DDR4-3200 or DDR5-4800 memory. Manufacturers release various Z690 motherboards with DDR4 or DDR5 support. No boards have yet been announced that can handle both memory standards.

ASRock comes with thirteen motherboards in its Z690 lineup. The highest positioned model of this is again the Taichi. The Z690 variant in this series features two x16 slots that can use PCIe 5.0, in addition to a PCIe 4.0 x16 and a PCIe 3.0 x1 slot. The Z690 Taichi also supports DDR5 memory with an overclock of up to 6400MT/s. This ATX motherboard also features two USB 4.0 Type-C connectors with Thunderbolt 4 support, in addition to Wi-Fi 6E.

The Z690 Taichi, PG Velocita and Steel Legend from ASRock

In the lower segments, ASRock comes with a new Z690 Steel Legend, Z690 Extreme, PG Riptide and Velocita, a Z690 Pro RS, Z690M-ITX, and several Phantom Gaming models, including Micro-ATX and Mini-ITX models . All of these motherboards support DDR4 memory, although a DDR5 variant of the Z690 Phantom Gaming 4 will also be available. The Steel Legend and Extreme also come with Wi-Fi 6E models.

Of all the Z690 motherboards released by ASRock, only a Z690M Phantom Gaming 4 does not support PCIe 5.0. That same motherboard only supports gigabit ethernet. The rest of ASRock’s offering offers PCIe 5.0 x16 slots and 2.5Gbit/s Ethernet. With some gaming motherboards, ASRock also supplies a GPU holder that can be screwed onto the right side of the motherboard and offers support for large and heavy video cards.

ASUS also introduces several Z690 motherboards, which are divided into different series. ASUS no longer uses Roman numerals in its ROG Maximum series this year. Normally, this generation of Maximus motherboards would be known as ROG Maximus XIV, but ASUS has chosen to refer to these boards only as ‘Maximus Z690’.

In the slightly lower-ranked ROG Strix series for gamers, ASUS also releases five motherboards. The company comes with a Strix Z690-A D4 with DDR4 support, among other things. The Strix Z690-E, -F, -G, and -I come standard with DDR5 slots. The latter, the Z690-I, has a mini-ITX form factor and surprisingly offers two integrated M.2 slots, which sit on top of each other with a kind of double-decker cooler. At the same time, the SATA and front panel headers sit on a small expansion card.

ASUS also equips some ROG Maximus and Strix motherboards with a ‘PCIe Q-Release’ button. That should make it easier to remove video cards from a motherboard when a large air cooler is installed.

ASUS is releasing a Z690-Plus and a Z690-Plus Wi-Fi in its TUF Gaming series. Those motherboards support DDR4 and get 2.5Gbit/s Ethernet and Wi-Fi 6. ASUS introduces no fewer than four variants of a Prime Z690-P, which differ in DDR4 or DDR5 memory and Wi-Fi support. Finally, the manufacturer introduces a ProArt motherboard intended for creators and supports 10Gbit/s Ethernet and Thunderbolt 4 among others.

The bulk of Gigabyte’s Z690 lineup consists of Aorus motherboards, which are aimed at gamers. The top-ranked Z690 Aorus Xtreme and Aorus Master offer DDR5, Thunderbolt 4 and Wi-Fi 6E support, in addition to 10Gbit/s Ethernet via an Aquantia network card and 2.5Gbit/s Ethernet with an Intel nic. The same motherboards support four M.2 SSDs with a PCIe 4.0 interface. The Xtreme has a more elaborate VRM design.

Gigabyte also mentions a Gaming X motherboard with DDR4 and several Ultra Durable boards, with DDR4 or DDR5 slots and optional Wi-Fi support. All Gigabyte motherboards support ‘Q-Flash Plus’, which allows the BIOS to be updated without having to install a CPU, memory or video card.

MSI also divides its Z690 motherboards over four different series. The company shows, among other things, several MEG Unify motherboards, which have a black design without RGBs. According to MSI, those motherboards are aimed at overclockers. MSI also comes with a mini-ITX variant of the Z690 Unify. These Unify boards get Thunderbolt 4 ports, USB 3.2 Gen 2×2 connectors, and DDR5-6666 support. In the same MEG series, the company is showing a Z690 ACE, which also supports DDR5 at 6666MT/s and offers two Thunderbolt 4 connectors. MSI also reports that this model has five M.2 slots, four of which support PCIe 4.0.

The MSI MEG and MPG series

In the MPG series, MSI is introducing a Carbon, Force and Edge motherboard. A DDR4 variant will come from the Edge, the rest will only be available with DDR5 slots. The MPG Carbon and MPG Force will in turn receive five M.2 slots and two x16 slots that support PCIe 5.0, while the Edge variants have room for four M.2 SSDs and a PCIe x16 slot. There will also be an EK X variant of the Carbon, with an integrated water block from EKWB.

The MAG series consists of a Tomahawk Wifi, Tomahawk Wifi DDR4 and a Z690 Torpedo, all of which feature USB 3.2 Gen 2×2 ports and four M.2 slots. Notably, the Tomahawk variant with DDR5 supports Wi-Fi 6E, while the DDR4 model only supports Wi-Fi 6. The company also mentions several models in a lower-positioned Pro series, which also have four M.2 slots. All MSI motherboards support 2.5Gbit/s Ethernet over an Intel I225-V nic, with the exception of a Z690-P, which offers 2.5Gbit/s LAN with a Realtek 8125B nic. 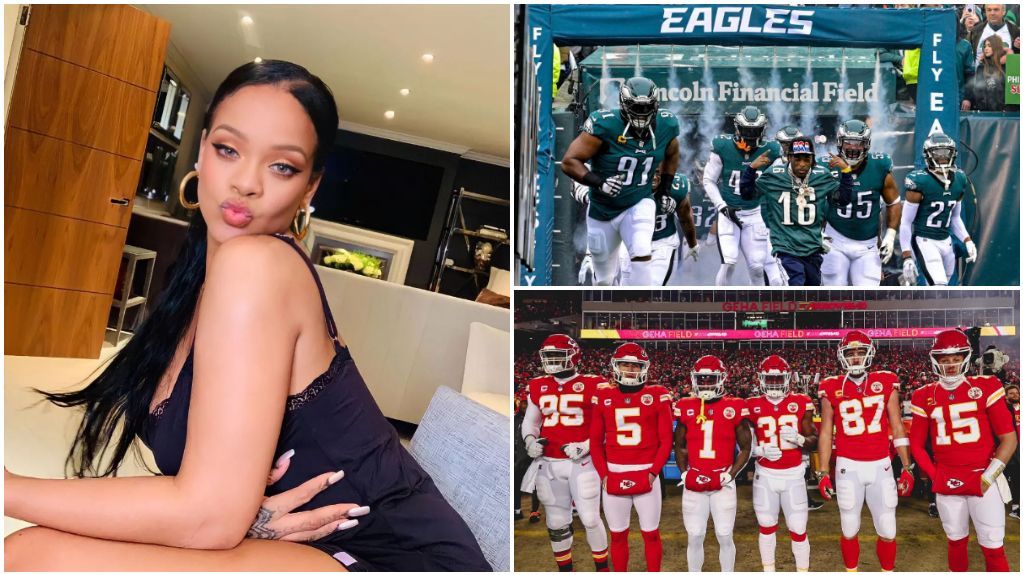 What time will Rihanna’s performance be and how long will it last? a golden opportunity for the Corsican club!