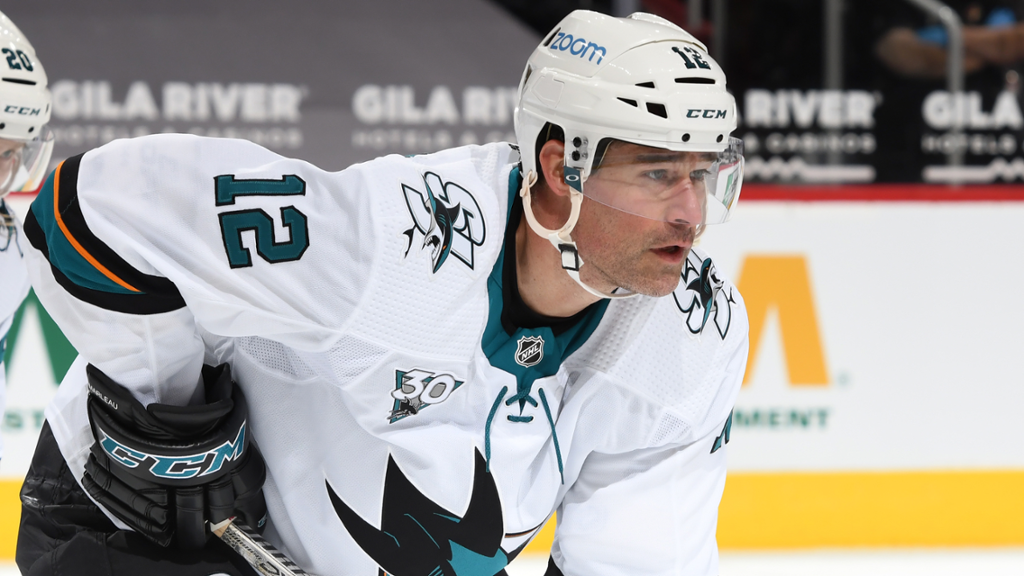 He said Tuesday he hadn’t made the final decision to retire until very recently.

“Probably just a couple of weeks ago,” Marleau said. “I think I knew I was going to retire a long time ago. But I finally built up enough courage to get up here and speak. And now it’s my retirement.”

He said it was tough to not play this season.

“A lot harder than I thought it was going to be,” Marleau said. “I think a lot of people sometimes say, ‘Oh, you know, everything’s OK.’ But it’s been difficult. I mean, I’ve played this game pretty much all my life and I love it. I’m getting a whole new-found respect for my wife and my family and all the things that they had to go through when I was gone, just the day-to-day.

“But it’s my new challenge and what I’m looking forward to doing now, so I can’t wait to become the best father and husband I can be.”

San Jose qualified for the Stanley Cup Playoffs in 17 of Marleau’s seasons there and ranks first in Sharks history in postseason games (177), goals (68) and points (120), and is tied for third in assists (52).

“He was the face of the franchise for so many years and made so many records there,” said Thornton, Marleau’s teammate for 12 seasons in San Jose. “He was a huge, huge part of building hockey in the Bay area. … Just a complete workhorse. Just worked every day, never complained. Just a treat to be around every day.”

Selected by the Sharks with the No. 2 pick in the 1997 NHL Draft, Marleau scored 1,197 points (566 goals, 631 assists) in 1,779 games for the Sharks, Toronto Maple Leafs and Pittsburgh Penguins. He played the most regular-season games in NHL history without winning the Stanley Cup, and scored 127 points (72 goals, 55 assists) in 195 playoff games.

“I first watched Patrick when hen was playing for the Seattle Thunderbirds in the Western Hockey League at 17 years old,” Sharks assistant general manager Joe Will said. “Patrick’s birthday is Sept. 15, and for those of you who follow the draft, that’s the cutoff date for the NHL Draft. Patrick actually came to our first training camp at 17 years old. And we reached out to HR, actually, to ask, ‘Do we need any permission or anything like that?’ We never heard anything back from [California or the Occupational Safety and Health Administration]so I think we were OK.”

Marleau became the NHL all-time leader in games played when he played in his 1,768th on April 19, 2021, passing Gordie Howe. He ended his playing career with 910 consecutive games played, the fifth-longest streak in NHL history; Keith Yandle of the Philadelphia Flyers set the record this season with 989.

“What can I say about ‘Mr. Shark’ that hasn’t already been said?” San Jose president Joe Becher said. “There are two minor records that stand out in my mind. At the time that Patrick passed Gordie Howe, he’d only missed 31 games in his entire career. That’s mind-blowing. But if that wasn’t enough, here’s the stat that I can’t get over. 37 percent of NHL players that have ever played the game of hockey have either played with Patrick or played against Patrick. That’s amazing. More than a third of the entire 100-plus years of hockey.”

Thornton said, “I think just out West, you just don’t get that attention. But I think over 500 goals, I think he’s tied with [Washington Capitals forward Alex] Ovechkin for playoff goals (72) and obviously passing Gordie last year with games played. He played hurt. He played through so much stuff and he’s just a complete player.”

Marleau said he hasn’t decided on whether he will remain in hockey in some capacity.

“I don’t know what the future will hold,” he said, “but my wife seems to think somewhere down the road I’ll be back in hockey somehow. So we’ll see how it all plays out.”