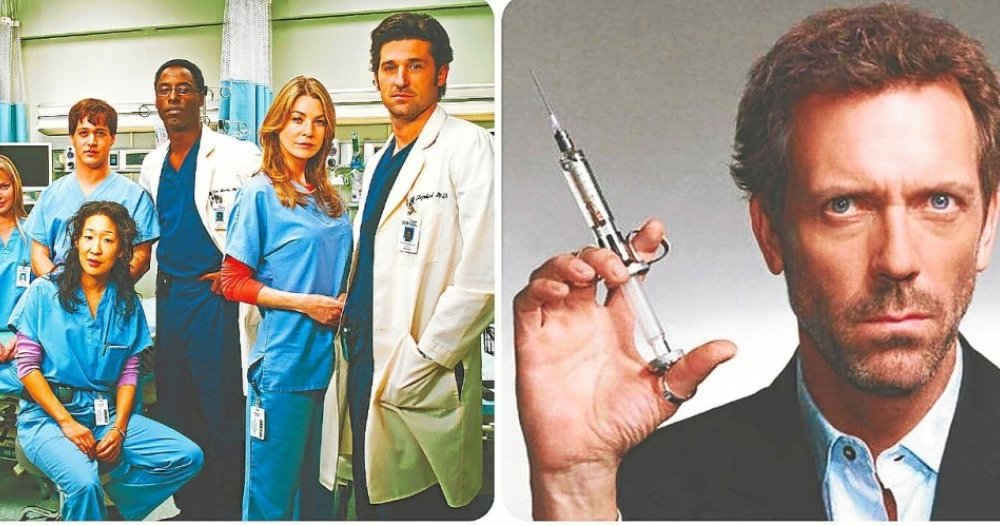 They are not always very realistic, but Rennes medical students love them. The impact of these fictions on the choice of studies and career would even be “very significant” according to the thesis defended in Rennes in 2021 by Thomas Stefani, entitled Medical television series: opinion of medical students in Rennes. Its panel goes from the 2nd to the 6th year of studies. And if 80% think that the series do not make it possible to understand the functioning of a French hospital, 89% believe that they can provide examples of ethical issues.

This 2005 series, which has 18 seasons, is the number one of the white coats interviewed as part of this study. If some have wanted to become doctors, it is thanks to Grey’s Anatomy. The first episode is almost twenty years old but, notes the study, “it is not so much the medical innovations as the timeless situations that hold the attention of the students”.

The hero is ultra-cynical, his diagnostic approach is capillotracted, and his collaborators search the homes of their patients to try to understand the causes of their illness. In short, nothing to do with the normal daily life of the Rennes University Hospital. Maybe that’s why the students like so much “the main character (…) complex, (…) the medical investigations in the Sherlock Holmes way”…

Cock-a-doodle Doo ! This French fiction, with Rennaise Louise Bourgoin, is the only national series distinguished by the students questioned. “The most representative”, “real interesting clinical cases”… Hippocrates traces the history of several Parisian interns. However, only 28% believe that it helps to understand the functioning of a French hospital.

A comic series whose title, which refers to hospital gowns, is a play on words that could be translated as “broken arms”. Verdict? “Funny, tackles important subjects in a light way, shows the doubts and the progress of the students”, “a true look at the relations between the actors of the hospital, (…) on the problems that one can have as doctor “.

41% of students watched Good Doctor, which features a young surgical intern with Asperger’s Syndrome. Extremely intelligent, however, he has trouble communicating and has to deal with prejudice. If the most popular and numerous series are American, this may be explained by their anteriority.