Change of trend in a few days

Large microfinance companies have confirmed to RBC that due to the crisis they began to reduce the size of loans issued. According to the estimates of Equifax credit history bureau (included in the top 3 in the Russian market), in April the average loan amount decreased to 7–8 thousand rubles. According to the results of the first quarter, it amounted to 12.8 thousand rubles, the indicator grew throughout the past year. In the statistics of BKI, loans are taken into account that are issued not only online, but also in branches.

At IFC Zaymer, the average loan amount in April fell by 15% compared with March, said Roman Makarov, general director of the company. “In anticipation of difficulties in fulfilling obligations by Russians due to a reduction in income, we temporarily reduced the amounts available for issuing loans for certain categories of borrowers,” he explains. This approach has been used by many players who specialize in “payday” loans (PDL loans). “The previously existing trend of organic growth in the average loan amount was replaced by a trend of a sharp decrease in just a few days,” said the head of Seimer.

The average loan amount for new and for repeat customers decreased by 8%, to about 13 thousand rubles, said Irina Khoroshko, IDF Eurasia CEO in Russia (Moneyman brand). She attributes this not only to tightening credit policy: “A more important reason is the decrease in activity among repeat customers (about 10%). That is, customers take a loan only when absolutely necessary. ”

This is not about an organic reduction in demand from consumers, but about the policy of the lenders themselves, said Elman Mehdiyev, chairman of the largest self-regulatory organization in the MRO SRO market. “There can be many reasons: these are increased risks associated with a decrease in the solvency of the population, and the release (freezing) of a significant amount of funds for the restructuring of existing loans as part of the“ credit vacation ”.

A decrease in the average loan amount implies a more granular portfolio of microloans, which should reduce credit risks per borrower, said Suren Asaturov, deputy director of the ACRA financial institutions rating group. Together with an increase in the number of refusals in issuance, measures taken should ultimately reduce the burden on the capital of the sector, he explained.

MFI adaptation to the crisis

“We made changes to scoring in mid-March, when it became clear what kind of economic crisis Russia would face,” said Nadezhda Dimchenko, Client Product Director at MigCredit MFC. According to her, in April, the issuance of online loans was at the level of March, despite the fact that the company tightened requirements for customers.

According to Khoroshko, in Russian companies of the IDF Eurasia group the level of approval has doubled since March – up to 5% of the total flow of new customers. 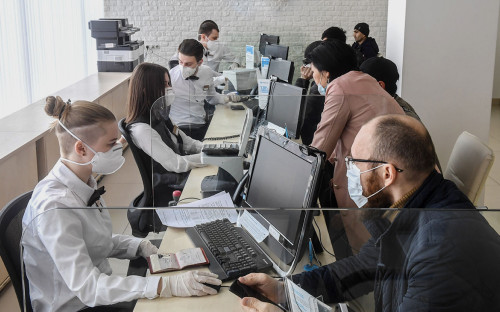 “Assessing the further development of events, it did not make sense to soften the credit policy in April, because now we continue to predict the subsequent decrease in the solvency of the population in May-June,” Makarov from IFC Seimer acknowledges. 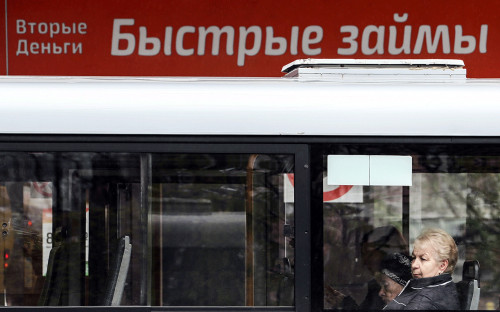 According to CloudPayments, from March 26 to April 8, Russians repaid loans at the same pace, although their incomes began to decline. In the next two weeks of April, the number of loan repayments increased by 20%. But the average amount of payment decreased – from 9.9 thousand to 7.9 thousand rubles.

“The effect of loss of income in the form of wages is usually visible only after a month. And with each subsequent month, the problem grows with an increasing coefficient. Therefore, borrowers repay more often, but in smaller amounts, in order to enter with less debt burden if possible, ”concluded in CloudPayments.

Large MFIs do not yet record a significant deterioration in the payment discipline of borrowers. But some companies see the difference in the behavior of old and newly acquired customers.

“Customers who took loans in April show fairly good payment discipline on first payments. This is a direct consequence of the tightening of scoring estimates and the twisting of the funnels that we took in March. However, in general, we see a trend towards deterioration of payment discipline for customers who were financed before the pandemic (in January – February) and who now have regular payments, ”notes Dimchenko.

Earlier, the ACRA rating agency predicted a serious increase in non-payments by clients of microfinance companies. Analysts warned that bad debt could exceed half of the total microloan portfolio.