MG is bringing the second electric car to Germany, this time a compact SUV. The car comes from China, but German technology is still under the sheet metal.

In the new world of the electric car industry, there are three power centers on three different continents: the Mecca of battery cells is in the Far East, IT nerds are working on cool apps and hot software in California – and, above all, good old Germany is leading the way in production and processing.

No product from one of the three regions around has really impressed the whole world. With one the software gets stuck, with the other batteries run out too quickly, with the third, the gaps or plastic colors do not withstand higher demands. Matt Lei would like to change that: “When it comes to electric cars, no manufacturer has a big lead over the other, especially when it comes to the drive system; however, we can do some things better than others.” And with these words the fingers of the boss of MG Motors Europe patting the hood of his latest product: The Marvel R is supposed to secure the breakthrough on the world market.

The subsidiary brand of the Chinese auto giant SAIC already celebrated a good debut a few months ago with its first all-electric car for the continental European market: The unspectacularly designed ZS received favorable reviews with its solid performance, good crash test rating and decent workmanship. And with an entry price of around 25,000 euros (all prices net), the properly equipped compact SUV can hope for cost-conscious customers. Not on the classic premium trailers or Tesla fans.

Read Also:  Why does the iPhone track your location even if you disable it

In the top version for around 42,000 euros net, the Marvel will be powered by three electric motors at the market launch in autumn

The 4.67 meter long Marvel already looks much more attractive for customers from these circles. It starts with the extendable door handles that are flush with the body. Has a coolness factor – which continues when you enter the spacious interior. The grippy steering wheel is the only reminiscence of the blissful times of the classic British roadster brand. The rest of the interior shows that there was no copy shop of established manufacturers at work here. The ventilated and heated seats – MG likes to refer to Italian Alcantara and German nappa leather – seem to be suitable for long journeys; all switches, plastic surfaces and levers feel as one is used to from the products on the premium shelves of the Volkswagen Group. Together with them, SAIC “has been manufacturing vehicles in China for a long time,” as Lei emphasizes. But nothing at all seems copied, even if MG likes to point out to the Chinese Marvel buyers that the all-aluminum chassis was developed and coordinated “together with a German luxury automobile brand”. 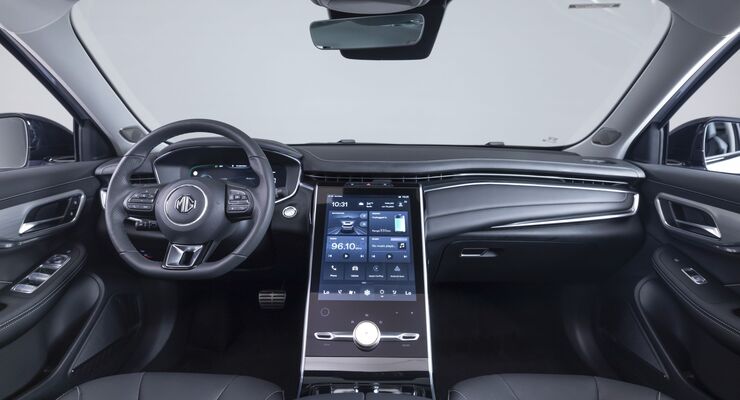 The huge 19.4-inch monitor, which sits slightly beveled under the center console, looks like an interpretation of the Tesla style.

The huge 19.4-inch monitor, which sits slightly beveled under the center console, looks more like an interpretation of the Tesla style. A real eye-catcher that, unlike in the ZS, is not equipped with simple graphics. The touchscreen is animated and reacts quickly to every pressure.

Read Also:  The star of the show, Poppy, reveals whether he is ready to reconcile with his mother

The Marvel R is not yet ready for testing on the road. In the top version for around 42,000 euros, the Marvel will be powered by three electric motors at the market launch in autumn. With permanent all-wheel drive and a maximum output of 288 hp, the 100 km / h mark is reached in 4.9 seconds from a standstill. It is only sealed off at 200 km / h. This is also achieved by the rear-wheel drive version with two electric motors and 180 hp. Both Marvel variants have a 70 kWh lithium-ion battery with rapid charging capability, and the MG can also give its juice back to external devices. 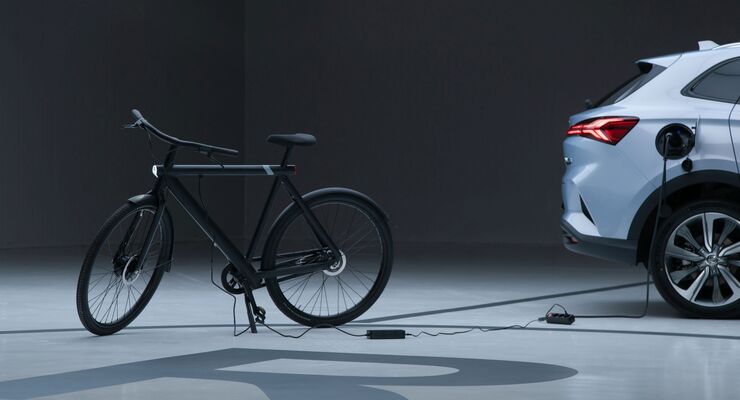 Both Marvel variants have a 70 kWh lithium-ion battery with rapid charging capability, and the MG can also give its juice back to external devices.

The Chinese do not achieve any top values ​​in terms of range. A maximum of 402 kilometers is also quite decent, especially since the battery can largely be recharged in three quarters of an hour. And with a maximum trailer load of 750 kilograms and 357 to a maximum of around 1,400 liters of luggage space, the Marvel plays at eye level with the Jaguar iPace, which is of a similar length. However, in a significantly different price range: The list prices of the MG between 33,613 and 42,016 euros are several 10,000 euros below those of the Jaguar, and the similarly sized VW ID.4 and Hyundai Ioniq 5 are more than 8,000 euros away because the Chinese are already in the Base with panorama roof, electric tailgate or heat pump drives up.

Read Also:  Let's not be angry with China

However, Matt Lei is not yet allowed to offer the really cool arguments of the beautiful new car world to European Marvel buyers: In China, where the car is offered under the “Roewe” brand, the Marvel is already autonomous at level 3 – so, without the driver having to have their hands on the steering wheel. This is not yet allowed with us. And there, the Marvel also uses artificial intelligence to learn where the driver has his parking space. They can then get out at the front door – and use the app to independently drive their car into the garage around the next corner.

E-Auto MG ZS in the test

This is how the cheap electricity from China drives

Details of the murder of the maniac Breivik:...

Largest active fire in the US is so...

A tornado of mosquitoes. A real nightmare has...

This is the forecast of the weather in...