Home » Health » Monkey pox: what we know about the virus detected in Europe and North America 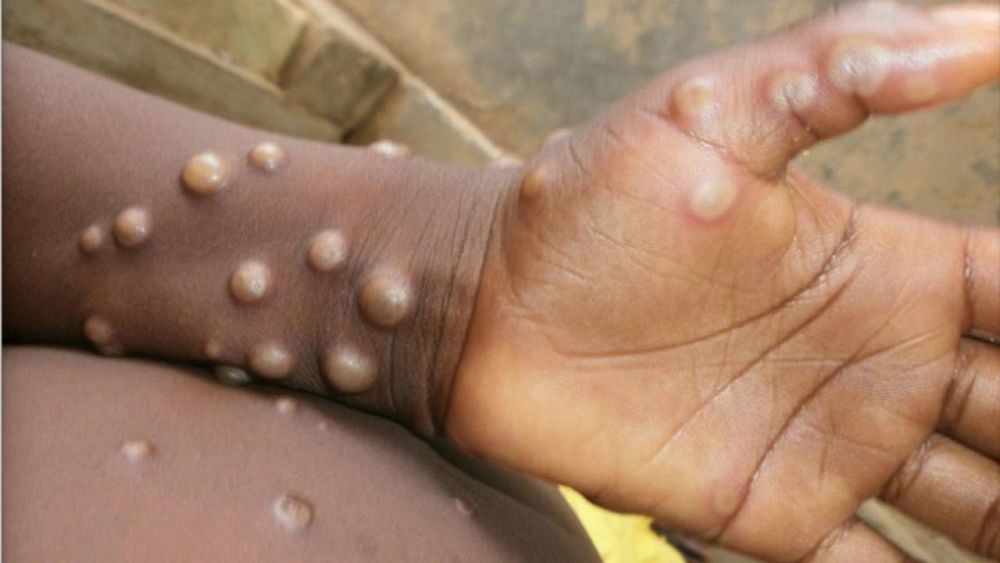 A first case of monkeypox was detected in Francehealth authorities announced on Friday. Since May 14, confirmed cases of infection with this virus not directly linked to travel to Central or West Africa have been reported in several countries in Europe, the United Kingdom, Portugal, Spain, Sweden, Italy, as well as the United States and Canada.

Monkeypox (monkeypox in English) is a rare smallpox-related viral infection that originated in Africa. In general, it heals spontaneously after two to three weeks. The presence of the virus in Europe is unusual ; it is rather limited to the African continent.

The situation, which is still being assessed, is being closely monitored by the health authorities.

In France, the 29-year-old has no history of travel to a country where the virus is circulating, said the Directorate General of Health and Public Health.

The WHO says many reported cases are of people identifying as gay, bisexual or having sex with men. Sexual transmission had not been recorded, but the virus can be transmitted by close contact with infected people, their clothes or their sheets.

How did this epidemic start?

L’UK Health Security Agency (UKHSA) was the first authority in Europe to publicly report a case of monkeypox on May 7, in a person who had recently flown to the UK from Nigeria.

The agency said on Wednesday it had identified two new cases of monkeypox, one in London and the other in southeast England, bringing the total to nine. She said neither patient had traveled to Africa before and it was possible they were infected in the UK.

“We particularly urge gay and bisexual men to be aware of any unusual rashes or lesions and to contact a sexual health service without delay.“, said Dr Susan Hopkins, the agency’s chief medical adviser. The UKHSA recommended that any lesions on the genitals be noted in particular.

The patients also had no known links to other previously confirmed patients, suggesting there may be several chains of transmission of monkeypox in the country.

On Wednesday, US authorities reported a case in a man who had recently traveled to Canada. Canadian health authorities have since confirmed two infections linked to this positive test, and 17 suspected cases are under investigation around Montreal.

As of Friday morning, Spain and Portugal had spotted more than 40 possible and confirmed infections, and Italy and Sweden had each confirmed one case, as had France.

What are the symptoms of monkeypox?

Monkeypox is a relative of smallpox, a disease that was eradicated in 1980. Less transmissible, it causes symptoms lighter ; she is too less deadly.

The illness usually lasts two to four weeks and symptoms may appear five to 21 days after infection. Symptoms begin with a mix of fever, headache, muscle aches, back pain, chills, exhaustion and swollen lymph nodes. This latter symptom is usually what helps doctors distinguish monkeypox from chickenpox or smallpox, according to the World Health Organization (WHO).

After fever, the main feature of monkeypox is a skin rash tending to develop one to three days later, often starting on the face and then spreading to other parts of the body. The number of lesions can vary from a few to thousands. Often accompanied by itching, these lesions eventually dry out and then heal.

The disease, mostly benign, most often heals spontaneously, after two to three weeks.

How do you catch monkeypox?

The virus can be caught by bite or scratch from an infected animaleating bushmeatbeing in direct contact with an infected human or in touching contaminated bedding or clothing.

The virus enters the body through broken skin, the respiratory tract or the mucous membranes (eyes, nose or mouth). Human-to-human transmission would occur primarily through respiratory droplets transmitted at close range, so prolonged face-to-face contact would be required.

“Recent cases suggest a potentially new way of spread“said Neil Mabbott, a disease expert at the University of Edinburgh, adding that related viruses have been known to be spread sexually.

Keith Neal, an infectious disease expert at the University of Nottingham, said transmission may not have occurred through sexual activity, but simply “through close contact associated with sexual intercourse“.

Where is monkeypox usually found?

Human monkeypox primarily causes epidemics in tropical rainforest regions of central and western Africa; it is rarely observed in Europe.

The Democratic Republic of Congo (DRC) recorded the first human case of monkeypox in 1970.

The first monkeypox outbreak reported outside of Africa was linked to the 2003 importation of infected mammals into the United States, according to the US Centers for Disease Control and Prevention (CDC).

More recently, in 2018 and 2019 four travelers – two from the UK, one from Israel and one from Singapore – all with travel history to Nigeria, were diagnosed with monkeypox following a major outbreak. in this African country, according to the European Center for Disease Prevention and Control (ECDC).

What treatments for monkeypox?

There is currently no specific treatment recommended for monkeypox, and it often goes away on its own.

Vaccination against smallpox would be effective in preventing monkeypox. However, since smallpox was eradicated more than 40 years ago, first-generation smallpox vaccines are no longer available to the general public.

A more recent vaccine developed by Bavarian Nordic for the prevention of smallpox and monkeypox has been approved in the European Union, United States and Canada (under the trade names Imvanex, Jynneos and Imvamune), and antivirals are also under development.

Common household disinfectants can kill the monkeypox virus, according to the CDC.

The Ministry of Health in France emphasizes the importance of respecting “isolation for the duration of the illness (until the last crusts have disappeared, usually 3 weeks)“.

Monkeypox is in the majority of cases “amild illnesswhich resolves on its own and most people recover within a few weeks“, said the UKHSA in its press release.

“It is important to point out that monkeypox does not spread easily between people and the overall risk to the general public is very low“said Dr. Colin Brown, the agency’s director of clinical and emerging infections.

Patients infected in England contracted the West African variant of the virus, which health officials say is mild compared to the Central African variant and has a case fatality rate of around 1%.

Although the symptoms are milder than those of smallpox, monkeypox causes the death of 10% of patients infected with the Congo Basin variant, compared to about 30% for smallpox, according to WHO data.

Mortality is higher in children and young adults. In addition, immunocompromised people are particularly at risk of serious illness.

Monkeypox during pregnancy can also lead to complications, congenital monkeypox or fetal death, the WHO warned on Monday.

“Mild cases of monkeypox may go undetected and pose a risk of person-to-person transmission“, the organization said in a statement.