More weapons to Ukraine will not defeat Russians

Home » World » More weapons to Ukraine will not defeat Russians 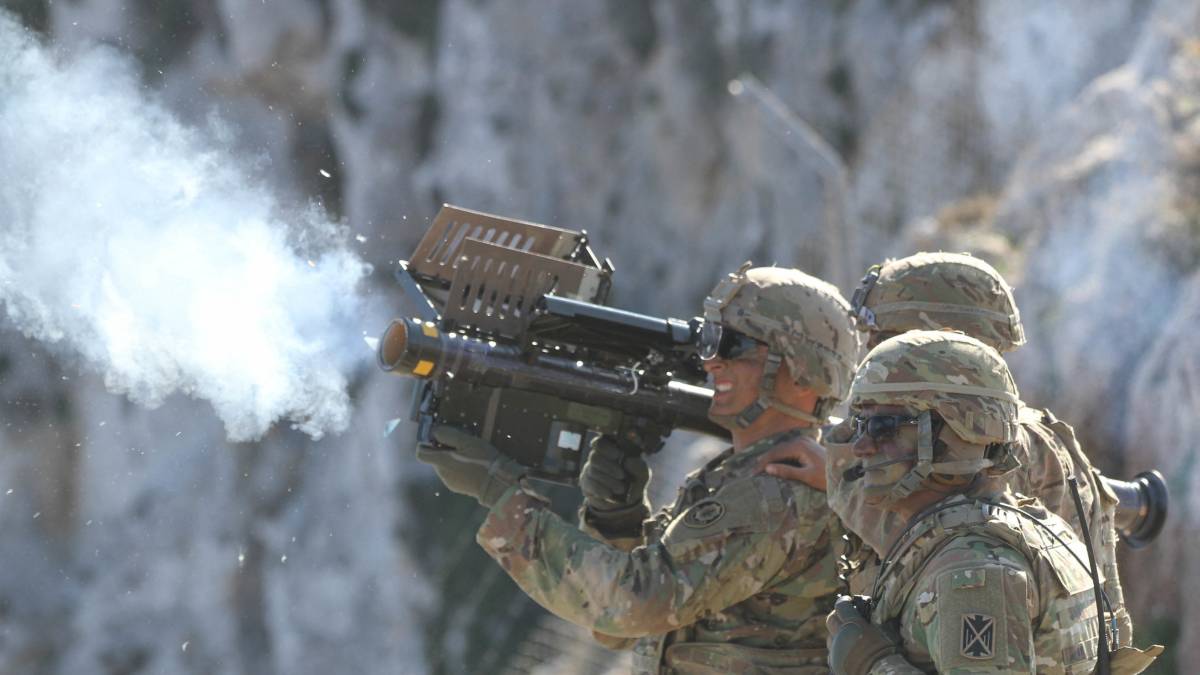 In the war between Ukraine and Russia there is a third major player: the West, or the NATO countries. At the beginning of the invasion, these countries were still hesitant to prevent escalation, but now one country after another is offering to supply arms to Ukraine.

For example, at the NATO summit, which concluded this afternoon, British Prime Minister Boris Johnson announced that he would release more than a billion euros for military support and training for Ukrainian troops on British soil. Other European countries, including the Netherlands and Germany, also continue to supply Ukraine with weapons.

To stand a chance against the Russians, the country desperately needs these weapons, says Yuriy Sak, adviser to the Ukrainian Ministry of Defense. “Our Defense Secretary likes Winston Churchill’s statement: ‘Give us the equipment, we’ll do the work’.”

On February 24, Russia invaded Ukraine on 4 fronts: to the south (Kherson), the north (Kiev), the east (Soumy, Kharkov) and the south-east, the Donbas. Here’s how that invasion went from the start:

The course of the invasion of Ukraine

For former commander Mart de Kruif, the war in Ukraine is now in a “weird phase”. The battle in the Donbas is effectively taking place in an area as small as Drenthe, he says. And the city of Lysychansk is as small as Assen. It is a battle with an enormous intensity of weapons and troops,” says De Kruif. The relationship between the Russians and the Ukrainians is skewed. “The Russians have much more weapons, but Ukraine is better organised.”

The approach Russia is taking now is to destroy the area with enormous firepower. The problem with Ukraine is that the troops cannot shoot far. “They can’t get there. They need artillery to be able to shoot further,” says De Kruif.

And so we have to wait for the promised weapons from the West. De Kruif: “It will take a while, so when can Ukraine use those weapons?” Although they will not beat the Russians with it, says De Kruif. “It can lead to a kind of status quo. The Russians can then go no further, the Ukrainians can stand and start negotiating.”

Almost all NATO countries – not the organization itself – are actively supporting the struggle in Ukraine. The ‘Russia as the greatest threat to the West’ has ensured that after years of austerity at the alliance, the helm has completely changed: budgets are going up, the number of soldiers is increasing and two new member states are added, Sweden and Finland.

The intention is that the current budget of about 2.5 billion per year will have approximately doubled by 2030. This amount will be distributed among all NATO countries. And the Rapid Reaction Force will grow from 40,000 to 300,000 troops.

For Adviser Sak, Ukraine’s ultimate goal is the complete withdrawal of Russian troops to where they were before February 24. He calls it the first phase. “Then there are also parts of Donetsk and Luhansk and the Crimean peninsula, which are internationally recognized as part of Ukraine. From that perspective, then comes the second phase for us, which can be solved diplomatically or otherwise. We are a sovereign country and we have the right to determine our future.”

But Ukraine’s borders were not discussed at this week’s NATO summit. “There is still quite a bit of space,” says De Kruif. “Ukraine has to look diplomatically at what can be achieved in the long term, because NATO is not clear about this. In the long term, this can also lead to political friction between member states. Because there is still a big gap on that subject.”