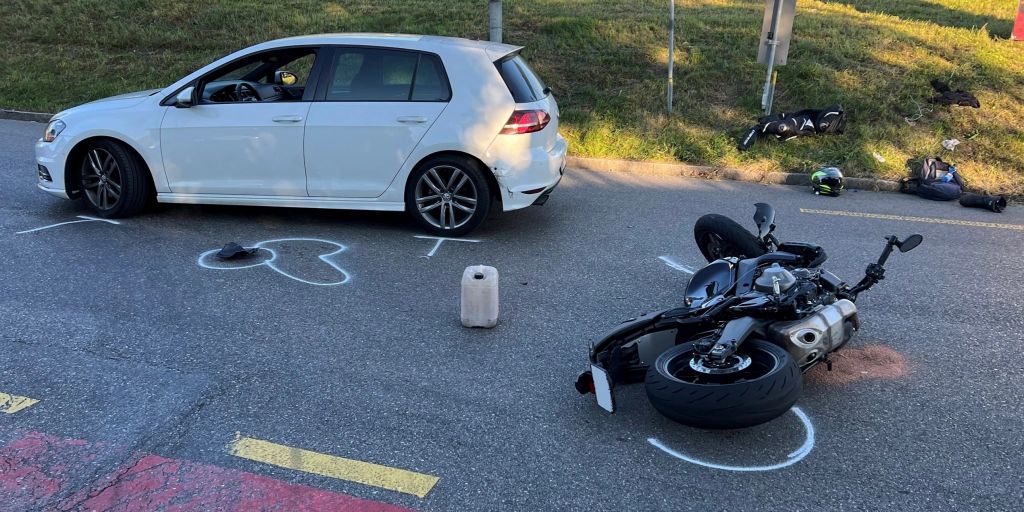 An accident between a car and a motorcycle occurred in Winterthur Wülflingen ZH on Thursday. The motorcyclist was slightly injured.

On Thursday, shortly after 5 p.m., a 22-year-old Italian drove his car on Riedhofstrasse in Winterthur Wülflingen out of town and intended to turn left towards Salomon-Hirzel-Strasse. At the same time, a 35-year-old Swiss man approached from behind on his motorcycle.

Roads were closed due to the accident

He sustained minor injuries in the accident. The passenger car driver was not injured. The exact course of the accident is being clarified by the Winterthur city police.