Home » News » Nancy. Honey, the coffe-shop that wants to offer healthy food throughout the day 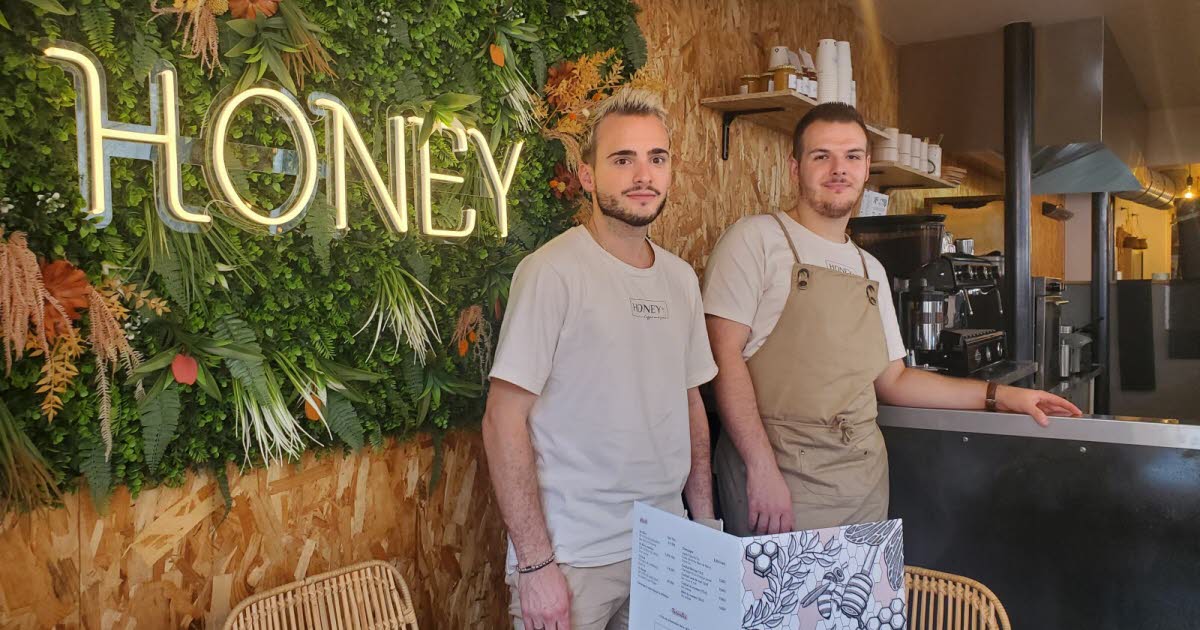 Honey is the sweet nickname given to a darling, a pledge of sweetness. The pledge that the two occupants of the premises wanted to give.

From the former Délicieux restaurant, the new bosses, Arthur Humbert and Milan Stojanovic, kept a few decorative elements such as the facing stones, they reused what could be so as to be able to devote a larger budget to the renovation and kitchen sanitation.

Trained at the school of great gastronomy, the two professionals aged 30 and 25 studied in the hotel schools of Gérardmer for the oldest and Stanislas de Nancy for the youngest before getting to know each other in the brigade of Françoise Mutel, then the only starred Nancy.

The eldest was chef de rang, the youngest pastry chef. The mixture of their inspirations and techniques had to create sparks.

Their duo worked for some time in an attempt at a gastro restaurant led by Le Petit Atelier, but the experience for them was inconclusive. “We wanted to get out of the stuffy side of gastronomy, to do something more in our image, more “chill”, more calm, close to the customer. We wanted to create a concept from A to Z which, from the outset, would allow us to have schedules aligned with those of our companions, explains Arthur. We also knew that we would recruit more easily by offering days without a break. »

Without parties either, the latest generation “coffee-shop” is open from 9 a.m. to 5 p.m. every day except Tuesday. A good bet since after a few tries, the team is complete, made up of Lucien, Lilou and Lou-Anne, two young girls who are doing their apprenticeship there.

Read also  "AMLO knows nothing about national security, that's why the Army was violated," says former director of Cisen about the hacking of Sedena

This first Sunday of October, after only three weeks of opening, they are served more than 100 covers. A proof that the concept had something to seduce. “It is inspired by the idea of ​​brunch and responds to the desire for a healthier, more eco-responsible diet, mostly based on French products. Chocolate, for example, is provided by Valrhona. “explains Milan.

Honey produced just for them

And the honey? Liquid gold that they work like goldsmiths. “It is produced just for us by a beekeeper from Domèvre-en-Haye. » ﻿

And the price of this quality? “He remains reasonable. We want to allow young working people to eat well, the biggest formula is at 25 € and includes a hot or cold drink. On the menu, eggs Benedict, club sandwiches, savory charcoal waffles, Caesar and Cretan salads, cookies, cakes with unique flavors… We stop there because the honey goes to our mouths.