New allegation against Trump: documents flushed down the toilet? 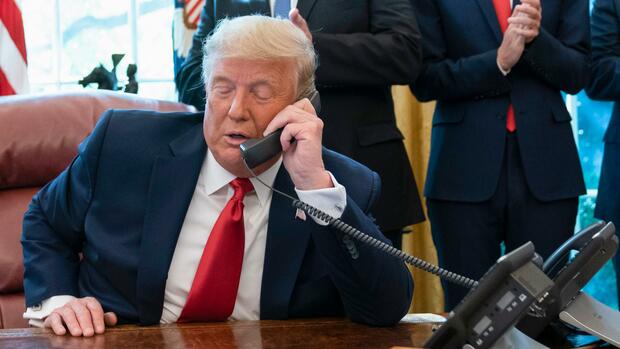 Washington A journalist has made a new allegation against former US President Donald Trump in connection with his handling of files and documents. In the White House, the toilet was regularly clogged with written paper, Maggie Haberman from the “New York Times” told CNN on Thursday. Haberman has been reporting on Trump for years – her book about the 75-year-old and his years in office is due out in October. You can only speculate what the paper was about, Haberman said. “It was in the pipes. And that was (…) his bathroom.” According to Haberman, it was not an isolated case. Trump denied the allegation.

That he flushed documents down the toilet was “categorically untrue,” the ex-president said in a statement. The reporter made up the story to promote her “largely fictional book.” Allegations had previously been raised that Trump routinely tore up documents during his time in the White House. He also took several boxes of files to his home in Mar-a-Lago, Florida after his tenure. According to media reports, these included letters from North Korean ruler Kim Jong Un.

Trump confirmed that he had recently handed over several documents to the National Archives and Records Administration. “The papers were handed over without any problems, without any conflict and on a very friendly basis,” said Trump. The whole thing was “routine” and “no big deal”. In the US, correspondence from the President must be archived and kept for posterity.

A US Congressional committee is investigating the allegations. The chair of the panel, Democrat Carolyn Maloney, expressed “deeply concerned” on Thursday.

More: The former US President prompted a roaring crowd to protest. A lawyer has now reported “security concerns” to the FBI.