Nia Ramadhani-Ardi Bakrie Sentenced to Jail but Not Yet Arrested, Here’s the Explanation

Home » News » Nia Ramadhani-Ardi Bakrie Sentenced to Jail but Not Yet Arrested, Here’s the Explanation 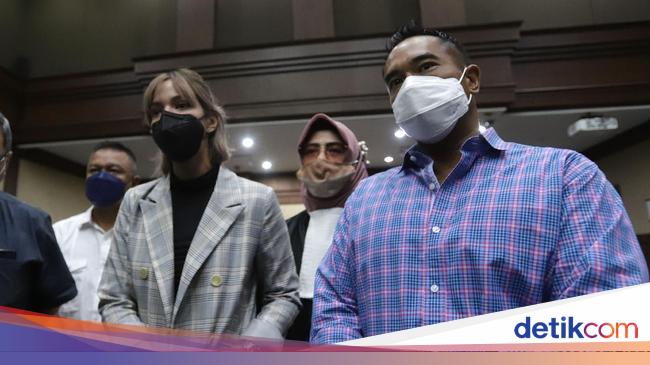 “It goes around July 10, the calculation for 4 months is early December 2021. The four months ended in early December around the 10th,” said Hendra when contacted detik.com, Tuesday (2/11/2021).

“The next two months the program is in the advanced stage or what we call outpatient care,” he said.

So if it is calculated manually, Nia Ramadhani et al will finish undergoing rehabilitation in February 2022. Then, were Nia Ramadhani and Ardi Bakrie imprisoned after that?

In the trial, Nia Ramadhani and Ardi Bakrie were sentenced to 1 year in prison. However, after the trial Nia was not immediately arrested.

“In relation to our client, we stated that we immediately appealed, so that in this case what is the decision of the panel of judges according to us legally cannot be implemented or has not been committed,” said Wa Ode in the trial after the judge read out the verdict.

Wa Ode’s statement was immediately responded to by the presiding judge Muhammad Damis. The judge emphasized that the execution of the decision was the authority of the prosecutor.

So what did the prosecutor say?

“Yes, the point is that this case has not been signed, it cannot be executed because the defendant is on appeal,” said prosecutor Andri S after the trial.

Read more on the following page

Watch the video ‘There is no ‘polite’ reason in the verdict of Nia Ramadhani-Ardi Bakrie’: