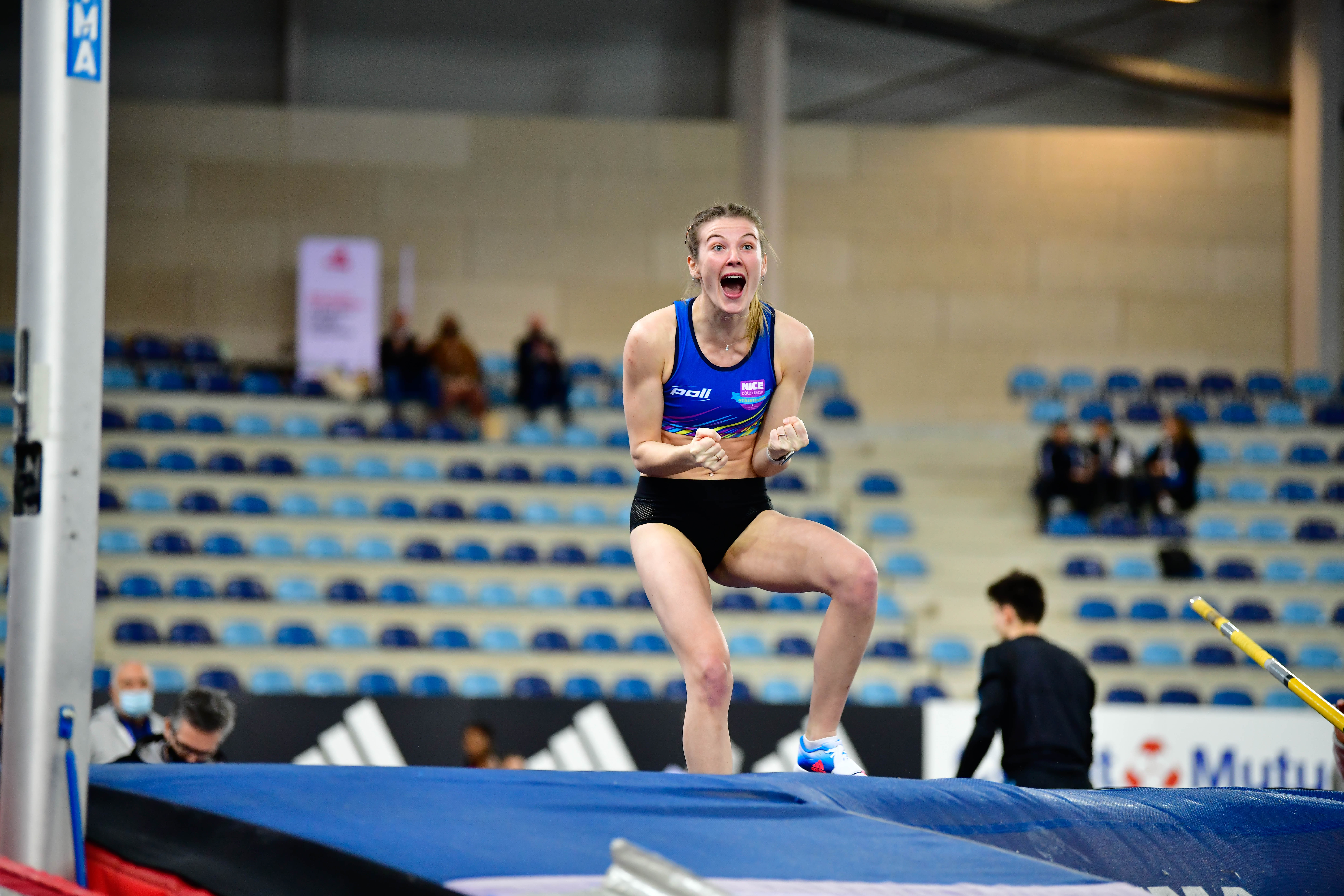 Despite an initial failure at 4.40m, Margot Chevrier (NCAA) kept her crown of French champion. This Saturday, on the saltire of the Hélitas stadium, the Niçoise did not reach the heights. She made the difference thanks to a successful jump on the first attempt at 4.50m. She then stumbled over 4.60m, ten centimeters from her recent personal best (4.70m).

The expected duel with Ninon Chapelle (Cergy) came to an end. The French record holder, who cleared 4.75m in 2018 in Monaco, is back on the jump after giving birth to her first child last year. Still in the run-in, she was ousted from the competition after three failures at 4.40m.

For the fight, it was to Marie-Julie Bonnin that we had to turn. By beating her record by four centimeters (4.50m), the Bordelaise climbed to 2nd place. But unlike Chevrier, she validated this bar on her second try.

After recording the best time of the series in 10”28, Meba Mickael Zeze took 2nd place in the 100m final. In 10”20, and despite his best time of the season, the adopted Mandolocien failed one hundredth behind the French champion, Mouhamadou Fall (Franconville, 10”19). Born in Normandy and back on the land of his childhood, the 28-year-old sprinter was aiming for the title and hoped to drop below 10”15, synonymous with a new record.

Zeze will try to pocket a second charm, this Sunday over 200m.

Camille Seri and Emma Montoya in the 400m hurdles final

The member of Nice Côte d’Azur Athlétisme, Camille Seri, qualified for the final of the 400m hurdles (scheduled for this Sunday at 4:30 p.m.). At the end of May, the 23-year-old sprinter set the 9th best French time in history over the distance (55”79). This Saturday, she won her series without shaking. No one has done better than his 58”15.

His club partner, Emma Montoya, will also see the final. She gleaned her ticket instead, 2nd in her series in 59”96.

Record for Teo Andant in the 400m

In the Monegasque ranks, Téo Andant won his ticket for the 400m final (this Sunday at 4:40 p.m.). This Saturday, the journalism student won his series in 46”45. A time that allows him to set a new personal record. He had already established his reference time on the Normandy track a year ago (46”49). He hopes to make a place for the Munich Euro (Germany, August 15-21) in the 4X400m relay.

In the javelin, Cécile Bogliolo ranked 9th in the final. The Niçoise landed her machine at 42.80m on her second try. The title went to Alizée Minard (CA Balma) with a throw of 57.17m.

In weight, Marie-Josée Bovele-Linaka finished the competition in 8th place. The NCAA resident threw 13.99m on her last try. Amanda Ngandu-Ntumba (Roanne) was crowned. She was the only one to exceed fifteen meters (15.44m).