Home » News » No wetland law: organizations marched to the Monument 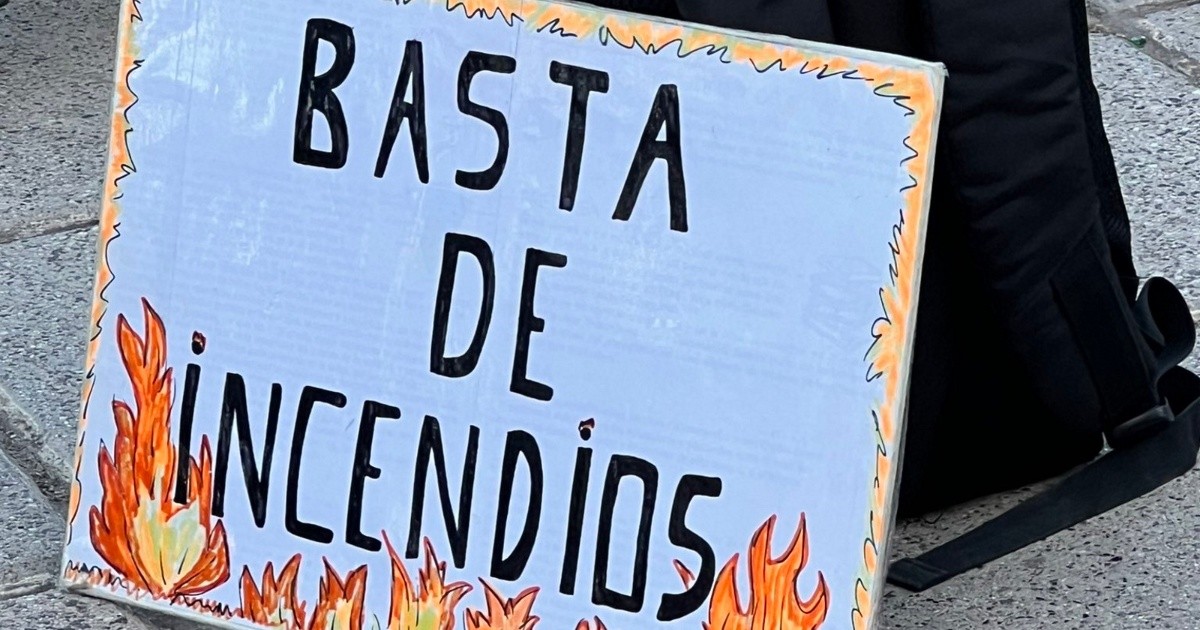 Socio-environmental organizations promoting a law to identify, protect and regulate activities in wetlands they marched this Thursday afternoon to the Monument to the Flag to repudiate a new delay in this long-awaited debate, which began ten years ago in Congress, and they said that there is no political will to “cease burning or conserve wetland environments.”

The Multisectorial for wetlands called to mobilize in a statement entitled “Treason: they suspend the plenary of commissions”. Other groups, such as the Ecologist Workshop and Environmental Red Alert, also participated.

One of the demonstrators told the Radio 2 mobile phone that among environmental organizations there is “a lot of indignation” and that is why it is important “to continue in the streets, with the fight.”

In addition, he said that they hope “that soon there will be a new meeting of the plenary of commissions” to debate the projects of a wetland law.

In the text of the call, the organizations stated: “After having delayed and hindered the treatment of the Wetlands Law project last Thursday, by the Agriculture and Livestock Commission, during the week we saw how the force of the lobbyists was received by said commission in the meeting of the 27th, and had a particular media presence that managed to suspend the plenary session of commissions that was going to take place today”.

The text of the Multisectorial adds as context: “This occurs at the same time as the Mesa de Enlace threatens (falsely) with a future of poverty and hunger if the law is enacted. In tune, the governors of the north meet in Washington to do business for lithium and “rare metals”. In the city of Rosario, smoke continues to be breathed in from the systematically burned wetland.

Read also  The queue of vehicles at the Vivo Pasteur gas station spreads to the highway, Jalan Pasteur is jammed this morning

For the socio-environmental activists, the deputies “They chose to ignore the people, and prioritized shaking hands with businesses for the few.”

“Today, Thursday, we mobilized at the Monument at 5:00 p.m. (as happened last August 10 with a massive act), to make ourselves heard again for a Wetlands Law, denouncing and showing that indeed political power has no interest in stopping burning or conserving wetland environments and with them the quality of health and life of millions of human beings”, continues the statement.

“Deputies, until when will you decide based on the mercantilist lobbies? It is urgent that they settle once and for all the debt with the people, nature and democracy. Governors fulfill their mission of governing for the people and not for the big economic interests, which only leave disease and destruction behind the blindness of capital accumulation. Enough of delays, enough of ecocide and political and economic collusion,” they added.

�� ANGRY ENVIRONMENTALISTS CLAIM FOR THE LAW | Faced with the non-treatment of the regulations, the organizations mobilized and repudiated this inaction. pic.twitter.com/3SNgObhrHK

Read also  "So it's a betrayal": here are the first social protests against Meloni for supporting Zelensky and Ronzulli papabile minister of health