Not Reporting Tax Returns, This Person Goes To Jail 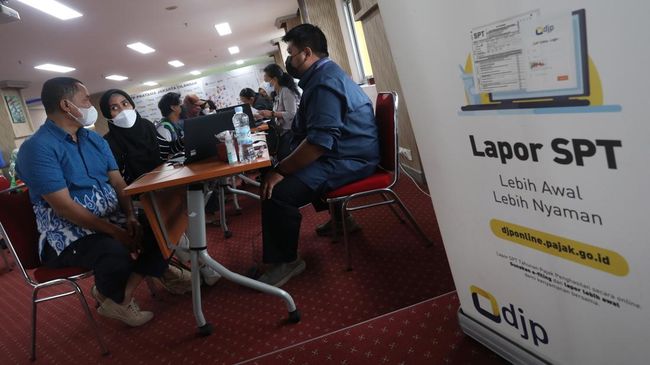 Jakarta, CNBC Indonesia – The East Jakarta Regional Office of the Directorate General of Taxes (Kanwil DJP) handed over a suspect in a tax crime to the East Jakarta District Attorney on Thursday (19/5/2022). Based on the DGT’s official statement, the suspect committed a crime in the field of taxation, namely by deliberately not submitting the Annual Personal Income Tax Return for the 2015 fiscal year.

According to the DGT’s statement, the suspect also intentionally submitted a notification letter or statement whose contents were incorrect or incomplete in the individual annual income tax return for the 2017 fiscal year.

During the process of examining the initial evidence, the East Jakarta Regional Tax Office Investigation Team claimed to have informed taxpayers that they had the right to disclose untruths.

Disclosure of the untruth of the act is carried out by paying underpaid taxes along with fines.

“However, the suspect did not use this right so that the preliminary evidence examination was increased to the investigation stage,” explained the DGT.

During the investigation process, the DGT claims that the taxpayer has also been notified by the East Jakarta Regional Tax Office Investigation Team that he/she has the right to apply for a termination of the investigation in accordance with Article 44 of the KUP Law, after paying the underpaid tax along with a fine.

“However, the suspect also did not take advantage of this right until the handover of the suspect’s responsibilities and evidence to the East Jakarta District Attorney’s Office was carried out,” explained the DGT.