Home » News » Ogorzelec, Lower Silesia. A bus accident with a car crashed into it. Wounded 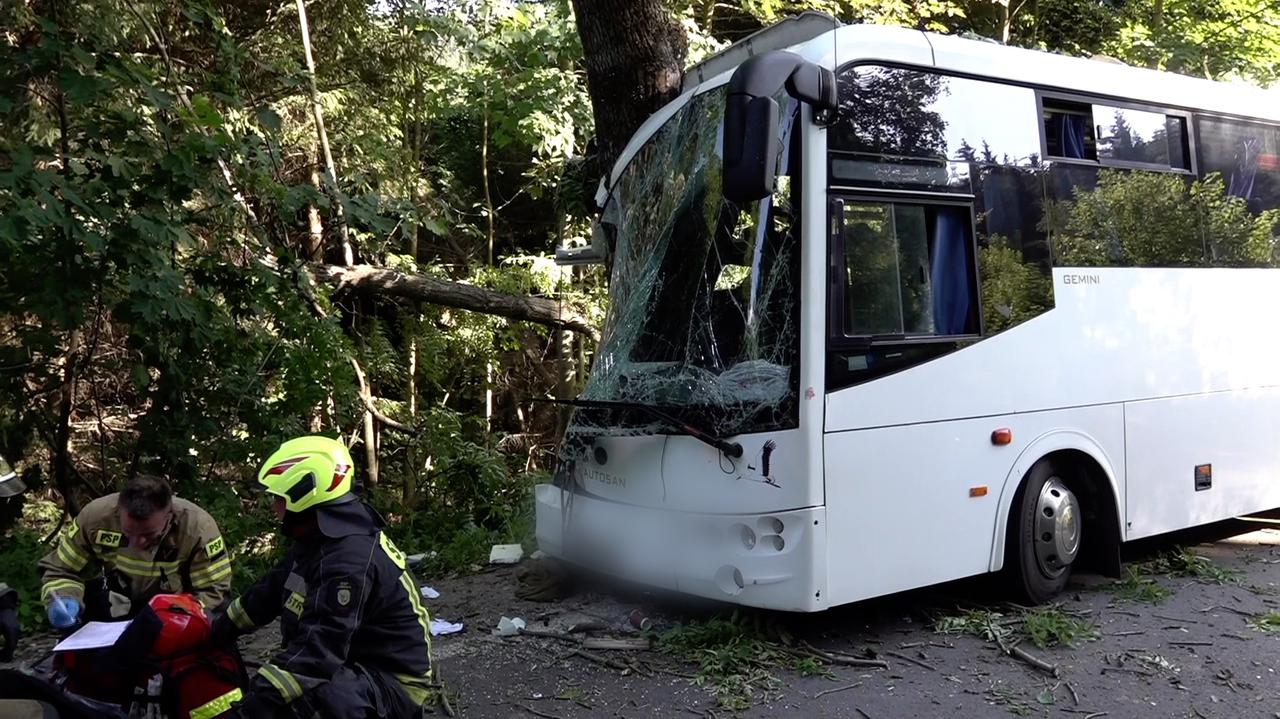 A bus accident occurred on the provincial road 367 in the town of Ogorzelec in Lower Silesia. It hit a tree and then a passenger car crashed into it. 14 people were injured, two of them are in serious condition. An LPR helicopter was called to the scene.

The accident happened before 5 pm in the town of Ogorzelec in the Kamienna Góra district on the route of the provincial road number 367. The coach, which was traveling by 26 people, hit a tree. The press officer of the Poviat Police Headquarters in Kamienna Góra, sergeant Katarzyna Trzepak Balicka, said that the bus hit a tree after leaving the road, and a passenger car ran over its rear.

As a result of the incident, 14 people on the bus were injured. Two people were taken by the helicopter of the Polish Medical Air Rescue. Six other people were taken by ambulances to hospitals in Kamienna Góra. Five people, including three children, were driving in the car that hit the bus. Nobody was hurt. The bus driver was sober.

Ambulance service, police officers, 60 firefighters and 15 fire trucks were sent to the site.

Until the accident, provincial road number 367 is blocked in both directions. The police say that there may be difficulties there for several more hours. Detours through Miszkowice and Jarkowice have been marked out.

>> She was driving with her 6-year-old grandson, she fainted behind the wheel. She hit a tree