On the Pulse with Dra. Aliza » Abortion is a Public Health Issue (Part 1 of 3)

Home » Health » On the Pulse with Dra. Aliza » Abortion is a Public Health Issue (Part 1 of 3) 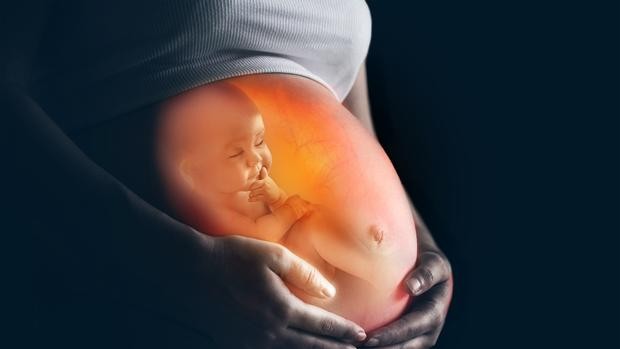 Access to a full range of sexual and reproductive health care, including medical or surgical abortion, is essential to the health of individuals, their families, and their communities. The ability of people to reliably control having children and when was one of the most significant public health achievements of the 20th century. In the United States, illegal and unsafe abortion accounted for 17% of maternal deaths as recently as 1965. Unfortunately, despite evidence that the number of abortions has decreased over the years, legal abortion protects women’s health and that the number of countries that allow it in the world is increasing, several states in the US have made it illegal and this could extend to most of the country. Learn why abortion is critical to public health, about its history, and what people think about it.

In principle, we would all like to prevent the need for an abortion and surely we agree that it is not a substitute for contraceptive methods. But as has been established based on several studies, it is a matter of public health. In 1974, 18 months after the Roe v Wade decision passed, Ruth Roemer wrote in the American Journal of Public Health: In the short time since abortion was legalized, impressive progress has been made in moving abortion out of the illegal sector to the legitimate medical service. Significant reductions in maternal mortality, improvements in maternal health, lower perinatal mortality rates, and decreases in high-risk births have already been demonstrated.

It should also be said that between 10% and 20% of pregnancies end in spontaneous abortions where the woman’s egg is fertilized by the man’s sperm, but due to genetic or fertilization abnormalities, the fetus is lost spontaneously before of the 20th week of pregnancy. This is what is known as spontaneous or natural abortion. In this article we are talking about induced abortion (medical – with pills or surgical).

The right to abortion was formally recognized as a public health issue by the American Public Health Association in 1970. In 1973, the US Supreme Court passed Jane Roe v. Henry Wade, who legalized abortion at the federal level and invalidated all state abortion bans (many of which remain on the books and will go into effect if Roe v. Wade is overturned). The majority’s argument in the Roe v. Wade established that a woman’s right to terminate a pregnancy through abortion falls under the right to personal privacy implicit in the Bill of Rights and the Fourteenth Amendment to the Constitution.

For 49 years, abortion has been a constitutional right at the federal level. In a 7-2 decision, including a majority of Republican justices, the Supreme Court passed Roe v Wade in 1973. Among other things, this protects the right to privacy, and a woman’s right to choose an abortion falls within of that right to privacy. In the first trimester of pregnancy, the State may not regulate the abortion decision; only the pregnant woman and her treating doctor can make that decision. In the second trimester, the state can impose abortion regulations that are reasonably related to maternal health.

This constitutional right has been a precedent, like so many others that allow us stability to live our lives. This is the only one that up to now is at risk of breaking up, of not respecting each other and further dividing the country. Among other reasons, the Supreme Court Judge Alito’s document says that the Constitution does not mention abortion, but the Constitution does not mention marriage between people of different races, nor the rights of same-sex couples, for example, and this it has not made same-sex or interracial marriage disrespectful. In fact, he didn’t see white women as equal citizens and he didn’t consider blacks as period citizens – he considered them inferior. In 1927, the court upheld the forced sterilization of the disabled. There are many more examples of earlier rulings not mentioned in the Constitution that increased equality and stopped oppression.

Unfortunately, we have now learned that the sworn testimony of several judges at their confirmation hearings in Roe v. Wade was not correct, since they said that it was an important precedent but obviously the document indicates that they do not think that it is worthy of being treated like other precedents if they do not respect it.

Abortion is not something new. It exists since humanity exists. According to Stephen A. Allen, a doctoral candidate at the University of Notre Dame’s Medieval Institute, the idea that life begins at conception is relatively new. For the past two millennia, discussions of abortion have involved the distinction between fully developed and undeveloped fetuses. For example, in the writings of St. Augustine, he wrote that abortion could not be considered murder “if what is produced has no form, but is in the stage of being a kind of living and formless thing.”

In some cases in the past, abortion was considered the equivalent of robbery.

What do Americans say about abortion?

The majority, 54%, responded that it should be defended

Only 28% said it should be torn down and

18% said they did not have an opinion.

58% said it should be legal in most cases.

37% said it should be illegal in most cases.

82% said it should be legal if the woman’s life is in danger.

12% said it should be illegal.

79% said it should be legal in cases of rape or incest.

16% said it should be illegal.

67% said it should be legal in cases of birth defects.

23% said it should be illegal.

48% said it should be legal if the woman does not have money to support a child.

45% said it should be illegal.

7 out of 10 Americans said the abortion decision should be left between the pregnant woman and her doctor. Only 24 said that it should be regulated by law. 6 had no opinion.

The abortion rate, among women ages 15 to 44, has been declining. Americans are having half the abortions they had 30 years ago. Researchers say it’s due to a variety of factors, including better use of contraception and less sex among teens. This results in fewer unwanted pregnancies.

In my next column I will discuss what will happen if abortion becomes illegal in the US, who gets an abortion and who would be most affected, the types of abortion, and some of the medical reasons why it is important that there is the option of legal abortion.