One last review of the electoral law

Home » News » One last review of the electoral law 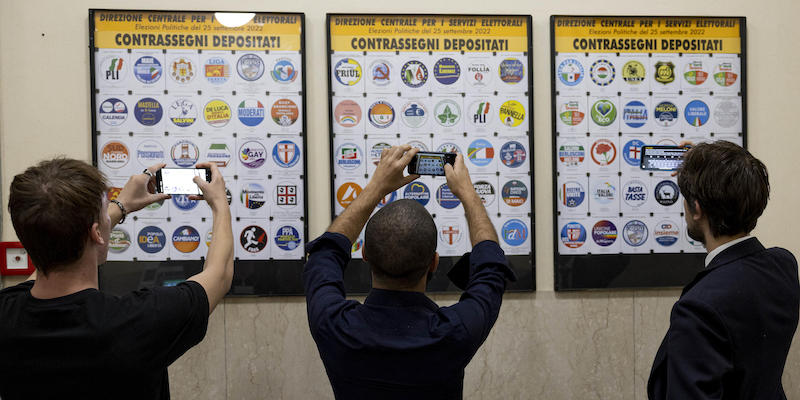 Understanding how the electoral law works for the next elections is not easy. The “Rosatellum” in fact provides a series of complex and not always intuitive mechanisms, the division into colleges of the national territory could easily confuse someone, the functioning of the barrier thresholds probably deserve a refresh and it may be that not everyone is clear about the difference between the part of the law that assigns seats on a proportional basis and the one that assigns them on a majority basis.

The following is a series of essential explanations, sometimes simplified, but useful for those who need to clarify their ideas a few days from the moment in which they will pick up the pencil and the ballot paper. It is organized by points, so that it can also be consulted selectively to review the less clear things.

Proportional, majority
Electoral laws must translate the votes taken by various parties into a number of seats in parliament. The two great methods by which they can do this are the proportional system and the majority system: the first represents more faithfully the electoral result, assigning seats to political forces in proportion to the percentage they have taken; the second, so to speak, distorts the result a little in order to give a greater advantage in terms of seats to those who arrive first, a sort of prize that should serve to guarantee a larger majority to govern.

– Read also: All about how to vote

In multi-member constituencies, each party (even those in coalition) can present up to four candidates (two males and two females). They are “blocked” lists, so voters cannot express a preference. Each party can elect a parliamentarian, none or more than one in that college: it depends on how many votes it takes and how many seats are up for grabs in that college (but it is a very difficult calculation to do in advance).

In single-member constituencies, each party presenting itself or each coalition proposes a candidate or candidate. Each of these colleges offers only one seat: the candidate who gets at least one vote more than the others gets it.

– Read also: How these constituencies work

How colleges are made
They are defined on the basis of population, so the more inhabited regions have more, and consequently elect more parliamentarians. The individual colleges – multi-member and single-member – are then always contained in a single region, and when possible they do not split the provincial and municipal territories into different colleges.

The single-member constituencies are 147 for the Chamber and 74 for the Senate: they therefore elect 147 deputies out of 400 and 74 senators out of 200. The seats assigned in the multi-member constituencies, on the other hand, are more: 245 in the Chamber and 122 in the Senate, but they do not correspond to the number. of colleges (otherwise they would not be multi-member). In fact, each one assigns at least two seats (with a few small exceptions): for this reason there are fewer multi-member colleges than single-member ones, and often extend over a larger area.

How it actually works on the board
Each voter will receive two ballots at the polling station: one rose for the Chamber and one yellow for the Senate. If he wants to vote, he will have to make an X on each one: with each of the two Xs, he will cast his vote jointly for both the plurinominal college and the single-member college. An X for the Chamber, an X for the Senate.

The elector or electrician can obviously vote two different parties between the House and the Senate, but cannot instead separate the vote on the same ballot: that is, one party cannot be voted for the proportional part and another for the majority part.

What happens to your X
By putting an X on the party you want to vote, you give your vote to that party in the proportional part, and therefore you help to elect its candidates in the multi-member constituency: the more votes it takes, the more candidates it will be able to elect from its list of four names .

A facsimile form with the candidates in the single-member constituency U01 of the Chamber in Piedmont.

That same X, for example on the House card, also applies to the majority: the vote goes to the candidate of that party or coalition of which he belongs in that particular single-member constituency in the Chamber. It is indicated larger in the box that contains the party in question. If that candidate gets more votes than candidates from all other parties and coalitions, the seat up for grabs in that college goes to him or her.

A more comprehensive guide on how the ballot works and how to vote for exactly the party you want is here.

Other ways of making the X
The ballot is void if, for example, an X is made on a party, and another on the uninominal candidate supported by another coalition or party. But there are two other ways to fill in the form that are valid: we mention them for completeness.

One is to put an X only on the name of the candidate in the single-member constituency that we prefer: the vote goes to him in the majority part, and is then distributed for the proportional part together with all the others expressed in the same way, among the parties of the coalition that argues.

If you want, you can put an X both on the party symbol and on the uninominal candidate that that party supports: it is a useless redundancy, because the second X is not necessary, but the card is valid.

Thresholds and “lost” votes
This is another part that is not clear to everyone. If a party is a candidate alone in these elections – such as Action-Italia Viva (which joined in a single list for the elections), Unione Popolare or Movimento 5 Stelle – it must exceed 3% of the votes at national level to elect of parliamentarians in one of the two chambers, as regards candidates elected in plurinominal constituencies.

In theory, a candidate party alone could take the 1% nationally, but one of its candidates (or more than one) could win in a single-member constituency: they would then be elected with the majority of the law. However, it is an implausible scenario.

If a party is in a coalition – such as Sinistra Italiana-Verdi, Impegno Civico or Forza Italia – it must still exceed 3% to elect its candidates in the proportional part. If he takes less than 3% but more than 1%, however, his votes are not lost: they are distributed among the other parties of the coalition which instead exceeded 3%. That same party, however, will likely elect MPs who had been candidates in single-member constituencies with coalition agreements (which serve precisely to ensure this).

If a coalition party takes less than 1%, its votes are lost instead.

What is the “implicit” barrage
Then there is another question, that of the “implicit” barrier: it is complicated, and it is worth summing it up a lot. In practice, due to the way the law and the colleges are structured, it is almost certain that in the Senate, and especially in certain regions, there will in fact be a much higher “implicit” threshold for coalitions or parties that present themselves on their own. 3 percent off.

It depends on the mathematical model used to translate the percentages obtained by the parties into seats, which necessarily requires approximations and distortions. Here is the long explanation, the short one is that in order to elect senators in plurinominal constituencies, coalitions and parties will have to exceed 10, 15 or even 20% in certain regions – the less populated ones -.

– Read also: To enter the Senate, parties will have to take well over 3%

How do you find your college and candidates
The list of colleges and candidates can be found on the websites and databases of the Ministry of the Interior, but it is difficult to consult. The Post has published two tools that allow you to easily find both your college – by entering your municipality of residence – and the corresponding candidates. They are found here and here.

How the candidates elected with the proportional system are identified
It’s very complicated. Here is an explanation for those who really want to deepen, for others it is probably enough to know that in the Chamber, after determining the number of seats obtained by each force on the basis of the national result, there is a division of seats first by constituencies and then by constituencies. In the Senate, however, this type of distribution takes place on a regional basis. 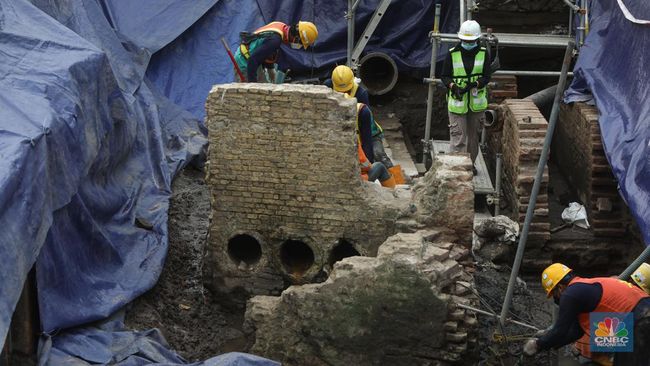 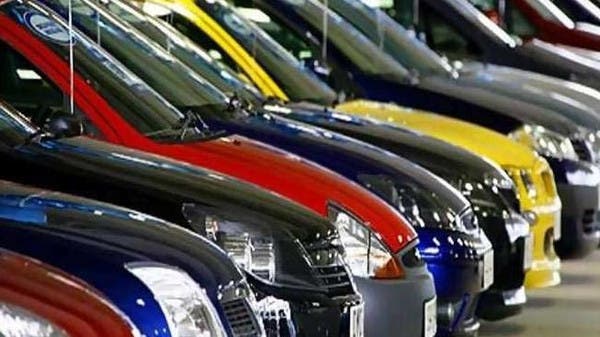 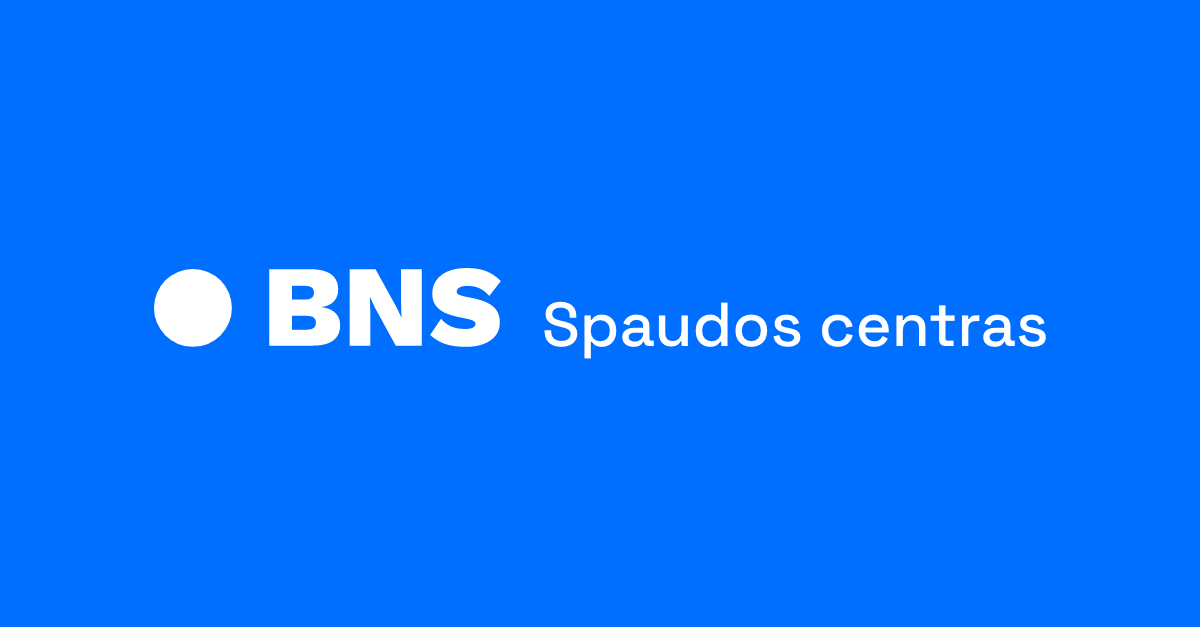 VERT has changed the rules for dealing with consumer complaints 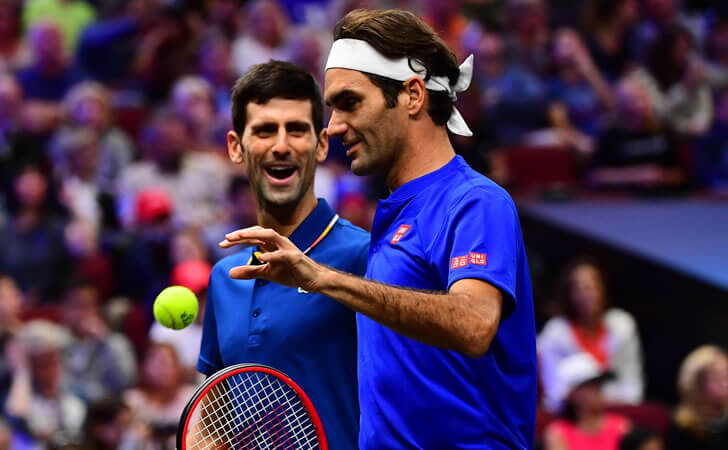