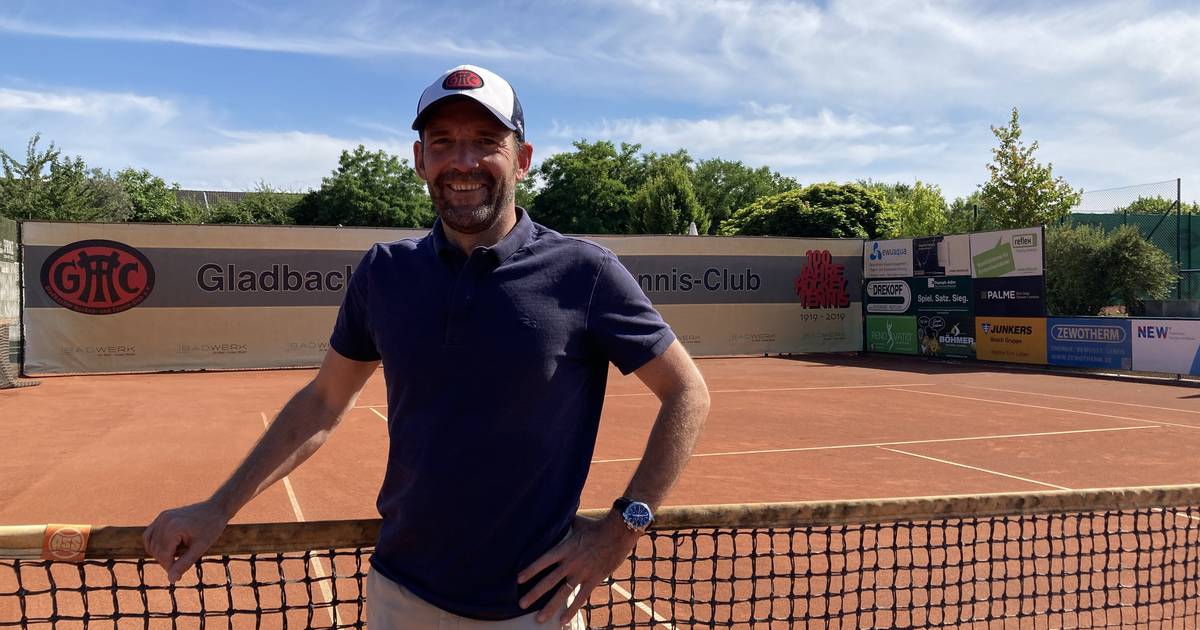 Tennis Bundesliga In the previous season, the Gladbacher HTC finished the tennis Bundesliga as runners-up. This year the squad is even stronger on paper. In an interview, he explains why team boss Henrik Schmidt still doesn’t see his team as aspiring to the title.

Mr. Schmidt, do you aim to do one place better this year than last season?

Henrik Schmidt We would like to, but I don’t think so.

On paper, however, you have one of the strongest squads in the Bundesliga – after all, you have six top 100 players.

Schmidt To be honest, I think that the squad also harbors dangers. Our newcomers Sebastian Baez and Tomas Etcheverry have risen up the world rankings, as have Daniel Altmaier and Tallon Griekspoor. If you just look at the first six or seven players in the squad, we’re one of the absolute top teams. If these players are available, then we can actually become German champions. But the problem is the availability: Because it is more limited for players in the top 70 or 80 in the world than for players who are around 120 in the world. Other players such as Lukas Rosol, Robin Haase, Adrian Menendez, Mario Vilella Martínez or Andrej Martin, on the other hand, have fallen down in the world rankings. Something is missing at the moment. So I see us as a midfield team because I think we’ll play some good matches, but not for the title.

So who do you think are the favorites for the title?

Schmidt I think Mannheim and Großhesselohe will fight for the title. I also rate Rosenheim very highly. Kurhaus Aachen could also be at the forefront.

The schedule of the GHTC in the Tennis Bundesliga

3rd of July BW Krefeld (Away)

You have already mentioned newcomer Baez. When you got him he was well past the top 100 in the world. Since then he has climbed to 34th place – and almost beat Alexander Zverev at the French Open. How important is early scouting of such players?

Schmidt I think we’ve watched our players quite well in the past. We really wanted to have a Griekspoor when he was 150 or 160 in the world. We signed Baez when he was around 140th place. Our coach Patrice Hopfe travels to the tournaments with many players and collects a lot of impressions. It’s also about behavior off the field: How professional is the player, does he always complete his program? There are players who don’t do anything, and that’s where talent ends. But it takes talent and hard work. Diamond in the rough, Baez has a passion for tennis. But we didn’t think that he would make it into the top 40 in the world within nine months.

Will such players, who rise sharply in the ranking, then become more expensive for Bundesliga appearances?

Schmidt Yes. We have ranking-dependent contracts – usually staggered according to 50 world rankings: top 150, top 100, top 50. Then the daily allowances and prizes change. But ranking dependent also means it can go down. That’s why there are also players with us who just say: I don’t want that, I feel good and want to have the fixed money.

In the Bundesliga, the clubs live on sponsorship income. Has the runner-up had a positive effect on the budget?

Schmidt Yes, we have already noticed that. Some of the sponsors always bring potential new sponsors with them. And if the mood here is good and we win, that’s obviously positive. On the final day of last season, things went sensationally for us with the runner-up title – above all, that eleven players were there, although only six were in the paid squad. Of course people noticed that. On this matchday alone we gained four new sponsors.

So the budget has gone up?

Schmidt The budget has grown a bit for this season – at least compared to the previous two years. In terms of financial resources, we can consistently set up the team well. In terms of budget, we’re about fifth or sixth in the league.

What changes have there been in the squad?

Schmidt We were actually very happy with our squad, so we didn’t change that much. Our line-up for doubles is particularly positive: With Aleksandr Nedovyesov, Robin Haase, Roman Jebavy, Tim Sandkaulen and Lukas Rosol, we have so many doubles specialists that we still have the chance to turn a game around on every matchday. One goal, however, was to position ourselves more broadly at the top with ash specialists. That’s why we made a conscious decision to go with the two newcomers from Argentina, Baez and Etcheverry. What is a pity, however, is that Etcheverry had applied for an Italian passport, which he should have received by March. But because of Covid and the authorities, that hasn’t worked out so far. So Baez and Etcheverry can’t play together for us. Because only one non-EU player is allowed per game day. Another new signing is Tomas Machac, who is basically a grateful Bundesliga player for us.

Schmidt He is ranked around 130th in the world. These players are of good quality and available regularly as they don’t play a tournament semi-final somewhere every weekend. These are actually our favorite players. Unfortunately, however, Machat is injured at the moment.

What is striking: You last started the season with a home game in 2016 – and have always been away since then. Also this year with the game in Krefeld. Coincidence?

Schmidt I did not know that. However, I have to say that the second weekend of the season is always the best for a home game. Because that’s where you almost certainly have most of the top players at hand because none of them reach the semi-finals or finals at Wimbledon. It’s very likely that players like Baez, Griekspoor or Albert Ramos will then play for us. So a home game on the second weekend is always good. However, we have no influence on the schedule.

How do you rate the first game against Krefeld?

Schmidt Balanced. It’s a tough away game. In the past, Krefeld has always played to the full in the first home game. They have many ash specialists like Thiago Monteiro, Marco Cecchinato, who was already in the semifinals of the French Open, or Stefano Travaglia. Accordingly, against a top squad, it’s a trend-setting game for us.

To what extent does it have an impact that the first week in Wimbledon is ending at the same time?

Schmidt The top players in Krefeld are not all good grass players, so they will probably all be available. We have nine players in the main draw – six singles, three in doubles. If they all play well, it could be difficult. If everyone loses early, we have a great squad.

The tennis Bundesliga is celebrating its 50th anniversary this year. Nevertheless, the impression is that the league often lacks attention outside of the tennis scene. Why do you think that is?

Schmidt A downside is that the league lasts only seven to eight weeks in the summer. However, the format cannot be implemented any other way, because the players in Europe only play the cinder tournaments during this time. There were considerations of extending the league to nine to ten months. But that would have been difficult with the games in the hall due to the lack of grandstands. The German Tennis Association has a new managing director in Simon Papendorf, who also wants to take care of the Bundesliga. There is a new way of thinking in the association.

What do you expect from the new president in terms of the Bundesliga?

Schmidt I am very excited. If the clubs and the association now pull together, something can happen. The DTB wants to do a lot in terms of marketing in the next three years. Because so far, the DTB has completely stayed out of the Bundesliga and let the clubs organize the league. The Davis Cup and its own championships had priority at the DTB. I don’t mean that as a reproach, it’s always been like that historically. The Bundesliga never played a big role there. The new manager now sees things differently. I think that’s a chance for the Bundesliga.