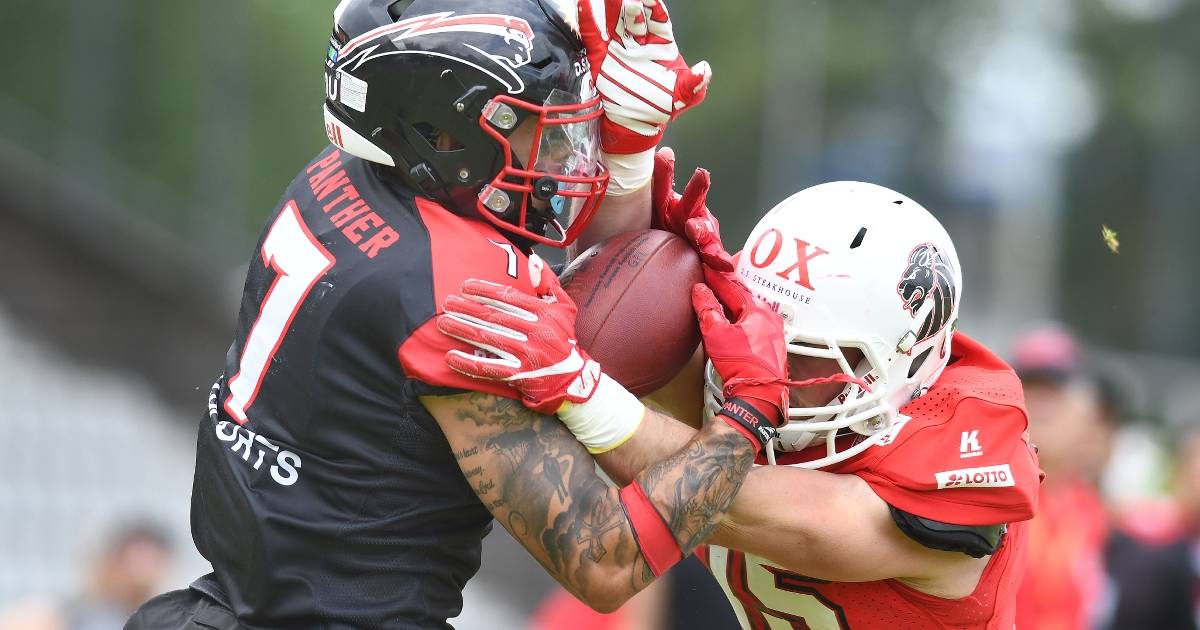 Düsseldorf The Panthers, newcomers to the German Football League, lead against the Lions Braunschweig until the second quarter, but lose significantly in the end. So they are still waiting for the first point wins in the German football upper house after the fourth day of play.

They were allowed to dream of an upset for a little over a game quarter. In the end there was nothing to order for the Panthers in the German Football League against the Braunschweig Lions. Despite a temporary 6:3 lead at the beginning of the second quarter, the big cats had to admit defeat to the favored guests in the VfL Benrath stadium with 6:59. As a result, the Panthers are still waiting for the first point wins in the German football upper house after the fourth day of play.

Just two weeks after the 1:48 defeat in the first leg in Braunschweig, head coach Winston Ronde’s men had big plans for the second leg in front of their home crowd. And indeed, the hosts got off to a promising start. The Lions took a 3-0 lead with their first attack. But the Panthers’ first drive also brought something to count. Quarterback Kevin Doyle led his team deep into the half with runs and passes to receivers Melvin Palin and Matthew Craens, giving kicker Dean Severin a chance to level with a 39-yard kick for the 3-3.

Severin was once again the focus at the beginning of the second period. His successful kick from 33 yards away this time gave the Panthers the lead, but their joy quickly faded. Because now the Braunschweig lions showed their claws. As soon as the Panthers kicked off, Braunschweig’s Mika Sickinger returned with a run across the entire field into the Panther end zone.

The first touchdown for a 10:6 lead gave the favorite a powerful boost. The guests’ defense was now up to par and didn’t let itself be overwhelmed by trick moves. On the other hand, the Panthers were now finding it increasingly difficult to stop the attacks initiated by Lions quarterback Jakob Parks. So it went into the half-time break with a deficit of 6:24.

In this Winston Ronde tried to get his protégés up again and to maintain the belief in a comeback. But the Lions quickly made it clear from the start of the third quarter that there was no way back into the game for the Panthers. The hosts’ attack didn’t work anymore, while the Lions extended their lead to 52:6 with a total of four touchdowns by the end of the third quarter.

So the final section degenerated into a show. Braunschweig’s second set added another touchdown. The Panthers, on the other hand, didn’t manage to get back on the scoreboard.