Parlatan works on the right timing 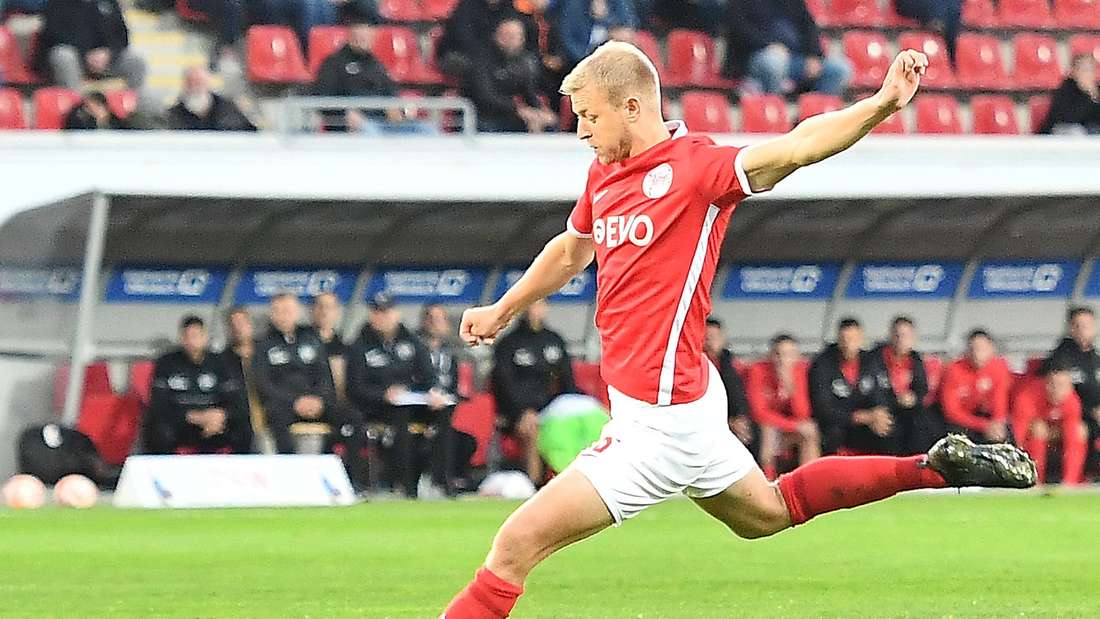 Offenbacher Kickers’ first game in the second half of the season evokes unpleasant associations with the start of the season: the 0-1 draw in Worms put a damper on promotion ambitions.

Offenbach – Encounters with Wormatia Worms are special this season – for Kickers Offenbach and also for his coach Ersan Parlatan. For Offenbach, then under coach Alexander Schmidt, who was hired in the summer, the 0-1 defeat at the newly promoted team from Rheinhessen was the first setback to a sobering start to the season.

For Ersan Parlatan, the 2-1 win on September 2nd was his last game as coach of TSV Steinbach Haiger. He then said goodbye for about a month as an assistant coach to the second division club 1. FC Nürnberg before he sat on the bench for Kickers Offenbach at VfB Stuttgart II for the first time on October 16th.

In Worms he experienced a parallel to the most recent Kickers games. With TSV he was 0:1 behind at Wormatia before the turnaround to 2:1 was achieved. With the OFC, Parlatan has been chasing a 1-0 deficit in each of their last four games. But: Both in the Hessen Cup (3-1 in Friedberg) and in the league (1-1 against Mainz 05 II, 2-1 each in Bahlingen and against Trier), the Kickers were able to celebrate in the end or at least post something countable on the account.

And yet Parlatan wouldn’t mind if a game went differently, “because it’s not easy to always catch up on such deficits.” Especially now that the ground is getting deeper and strength may be fading sooner just before the winter break, even if the OFC -Coach certifies that his men are in good physical condition: “We’re in good shape.”

Read also  Saraceno: "Meloni's government has a misleading idea of ​​poverty. In no country with a minimum income is support subordinated to employability"

And so he continues to inculcate two things in his players these days: on the one hand even more game control and dominance on the field, on the other hand the necessary concentration when the opponents switch. Because that’s exactly what the Wormatia on Saturday at the Bieberer Berg will focus on. “It will be a similar game as against Trier,” Parlatan is certain: “Worms will try to keep us far away from the goal.” So the Kickers can expect to have little space and time in the opposing half again. The Kickers coach will use the sequences from the Trier game, which he liked, to help explain. “We had a lot of game control and dominance, also a lot of breakthroughs on the wing.” The only thing that needs to be worked on is the timing. Either the crosses matched and the box was not occupied accordingly – or vice versa.

On the other hand, Parlatan will refrain from a reminder of the 0:1 in the first half of the season as a motivational aid. “That was four months ago, it’s a different situation,” he says. A lot has changed at both clubs. Worms is now where climbers are more often expected in the Regionalliga Südwest: in the table basement. The Kickers are fourth in the table, seven points behind leaders SSV Ulm 1846, but only two behind second-placed TSV Steinbach Haiger. This starting position should at least not deteriorate over the weekend.

The situation in training at the beginning of the week was quite worrying. On Monday three players were absent due to illness, on Tuesday even five. Corona tests all brought negative results. And yesterday Parlatan was able to breathe again for the first time – and welcomed all the players in training except for captain Sebastian Zieleniecki. Maik Vetter is also back after recovering from a broken toe and is an option for the squad on Saturday. Completely in contrast to Zieleniecki. The Polish defense chief will not be able to intervene again until the new year after tearing a tendon in his thigh. “Anything else would be too risky,” says Parlatan. Especially since the central defense with Jayson Breitenbach and Michael Rossmann, who has long been well integrated, is in place, even though since Parlatan’s debut in Stuttgart on October 16, at least one goal has been conceded in six other games. So keeping zero would be a good motivational approach that Parlatan could recommend to his protégés. This time, in contrast to the bad start to the season, stop on the right side.

Read also  Nîmes: in the Jean-Jaurès district, an information meeting on urbanization scheduled for January