The headlines in unverified reports:

Troubled relationship between Switzerland and China

The relationship between Switzerland and China is clouded. Eight years ago, when the free trade agreement was signed by the then Federal Councilor Johann Schneider-Ammann, there was a spirit of optimism, but the euphoria has evaporated. China put the talks on hold in 2018, as the “NZZ am Sonntag” and the “SonntagsBlick” write. Since then, China has refused to even talk about a common list of issues. There has been radio silence for months. Switzerland would like to further develop the agreement in other areas. According to reports, the Chinese dialogue freeze is a response to the fact that Switzerland has recently been more aggressive in naming violations of human rights.

Pedophiles are increasingly harassing young people via the Kik app. Research by the “SonntagsZeitung” and “Le Matin Dimanche” shows that there are numerous court cases in Switzerland in connection with the app. An experiment with the profile of a young girl aged 14 shows how sex offenders proceed. Within a few days, the fictional girl received obscene messages, naked pictures and reprehensible offers – including from profiles in Switzerland. The Kik platform did not comment on the facts when asked. The problem is known to the cantonal police corps. The corps complain about little resources and legal hurdles in the hunt for the perpetrators. Experts criticize the high level of anonymity of the app.

The current numerous delivery bottlenecks have an impact on the supply of packaging material. The prices for aluminum, tinplate and various types of plastic have recently risen significantly. The federal government is therefore now examining whether compulsory stocks should be set up for plastic that can be used to produce casings for food. When it comes to packaging, Switzerland is highly dependent on other countries. So far, the federal government has only stored plastic for the production of bottles for disinfectants. The Federal Office for National Economic Supply confirmed the relevant information from “NZZ am Sonntag”. PE plastic and polystyrene could now be included in the mandatory stockpile.

Twice animal protection in the Council of States

The Council of States will deal with animal welfare twice on Monday. The motion of the SP National Councilor Matthias Aebischer calls for an import ban on torture fur, while that of the former GLP National Councilor Isabelle Chevalley calls for an import ban on hunting trophies of protected animals. Both approaches were clearly accepted by the National Council. The preliminary advisory committee of the Council of States rejects the proposal. Center Councilor Andrea Gmür-Schönenberger wants instead, according to “SonntagsBlick”, that the declaration obligation for fur products that applies today is tightened. If the Council of States rejects the motions, it decides against the zeitgeist and ethical consumption, writes the “SonntagsZeitung”.

Only a fraction of girls with ADHD receive support

Attention deficit hyperactivity disorder (ADHD) manifests itself differently in boys and girls. Girls have trouble concentrating, are dreamy, anxious, forgetful and often chat too much without attracting too much attention, quotes the “SonntagsBlick” Susanne Walitza, director of the clinic for child and adolescent psychiatry at the University of Zurich. Some girls suffered from inner turmoil and struggled with emotions. They do not disturb the lessons, but primarily themselves. According to the current state of research, women are just as affected by ADHD as men, but twice as many boys are diagnosed. Only a fraction of the girls receive support.

Too much sugar in children’s foods

Foods primarily aimed at children often contain too much fat and sugar. This is reported by the “SonntagsZeitung” and “Le Matin Dimanche” based on an investigation by the Alliance of Swiss Consumer Protection Organizations. The major distributors Migros and Coop were affected, as were the grocers Aldi and Lidl. Consumer protection analyzed 344 children’s products for their nutritional values ​​as well as their fat, sugar and salt content. The research showed that 94 percent of the goods purchased did not meet the World Health Organization’s requirements for balanced foods. The alliance of Swiss consumer protection groups is now calling on politicians to take action. It should only allow advertising aimed at children if it meets WHO requirements.

The desire to travel is back after the corona pandemic has subsided. Asians are once again spending their holidays in Switzerland. And the Swiss are also drawn abroad again, as reported by the “SonntagsZeitung”. Tourists from India, Southeast Asia and South Korea in particular, but also from the USA, are coming back to Switzerland for vacation. According to Switzerland Tourism, concerns have not been confirmed that the Ukraine war is severely damaging confidence in Western Europe. However, the tourists from China were still a long time coming due to the Chinese government’s zero-Covid policy. The sharp increase in demand is pushing tour operators to their limits.

Rising heating costs: supplementary benefits are to be increased

Because of the rising heating costs, the Green National Councilor Manuela Weichelt wants to help the poorest tenants. A change in the law is intended to ensure that the supplementary benefits are increased for over 300,000 recipients. But the Federal Council rejects Weichelt’s motion. The state government can itself react to rising price and wage developments. In addition, the oil tanks are already full for the current year. According to “SonntagsBlick”, Weichelt accuses the Federal Council of screwing up figures that are in the law. A change in the law is needed for this. The problem will become acute in the next year.

The Federal Council and the pharmaceutical industry want to declare the prices of new drugs a secret. A legal opinion now sharply criticizes this approach, as the “NZZ am Sonntag” and “Le Matin Dimanche” write. Thanks to the “Federal Law on the Public Administration Principle”, SRF journalists were able to view the documents on the price negotiations between the Federal Office of Public Health and the pharmaceutical company Roche from 2013. This public control should no longer be possible in the future. A new article in the Health Insurance Act is intended to exclude the whole area from the Public Information Act. The non-governmental organization Public Eye is now opposing this.

The bloody dispute between rival rocker gangs reaches Switzerland. The bloody conflict over territory and power is also escalating in this country. The most recent example is an incident in Geneva. Last weekend, two members of the rival Hells Angels and Bandidos shot each other with pistols in the middle of Geneva’s nightlife district of Plainpalais. With luck, no one was injured in the shooting in a bar. The Federal Office of Police has been warning of a rocker war for years. The scene has a serious potential for violence, as the “SonntagsZeitung” and the French-speaking Swiss “Le Matin Dimanche” write. 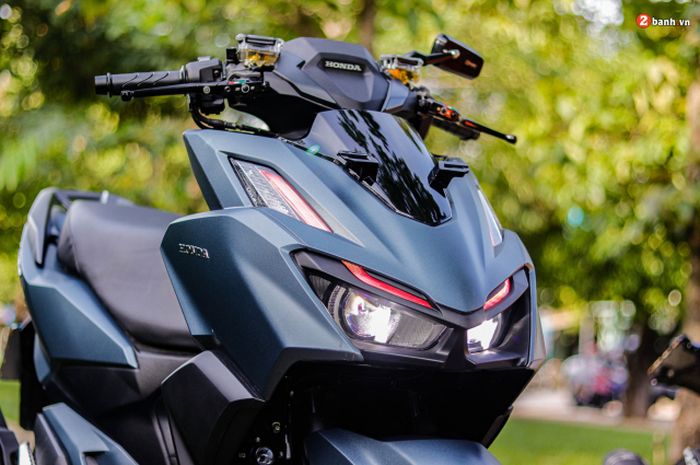 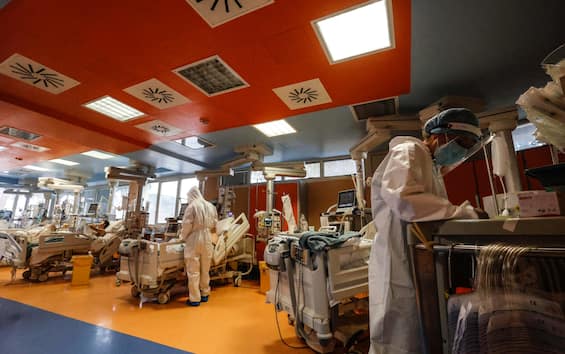 Covid, Fiaso: the decline in hospitalizations stops, doubling among children 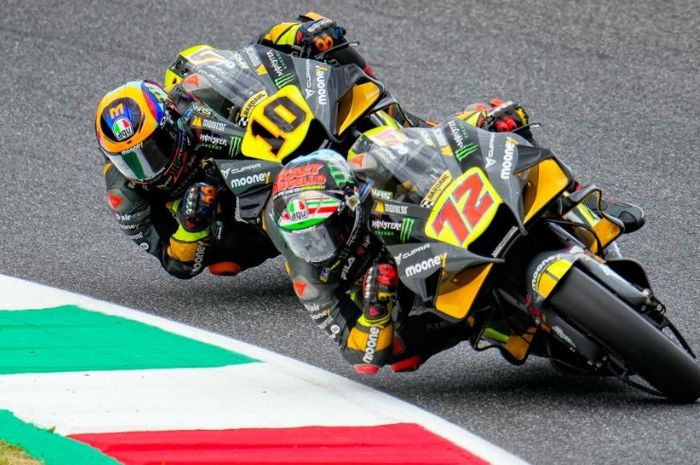 The Diesel Starts to Get Hot, Marini Gives Proof of Breaking into MotoGP Not Because He’s Rossi’s Brother