This Marketing Authorization is based on the positive results of the phase III “CROWN” clinical study: used in first line, LORVIQUA® reduces the risk of cancer progression or death by 72% in newly diagnosed people compared to to XALKORI® (crizotinib)[1] [2].

Pfizer, a committed player in thoracic oncology, announces that it has obtained first-line marketing authorization for LORVIQUA®. LORVIQUA® monotherapy is indicated for the treatment of adult patients with advanced ALK (anaplastic lymphoma kinase kinase) positive non-small cell lung cancer (NSCLC) not previously treated with an ALK inhibitor[3]. LORVIQUA® is a 3rd generation ALK tyrosine kinase inhibitor that acts by reducing the growth and spread of cancer cells, including at the intracerebral level, a major therapeutic challenge for these patients3.

“LORVIQUA® has the specificity of being able to cross the blood-brain barrier in order to be more effective on cerebral metastases, and even to prevent their appearance. Brain metastases in ALK+3 NSCLC concern a majority of ALK+ NSCLC patients and are responsible for a large number of deaths[4]. This first-line Marketing Authorization will make it possible to offer a new first-line therapeutic alternative in the treatment of patients with NSCLC with ALK rearrangement at the advanced and/or metastatic stage” declares Dr. Jérôme Krulik, Medical Director of Pfizer Oncology France.

Read also  COVID: Pfizer publishes the complete list of its side effects and recommends how often to get the vaccine

This Marketing Authorization is based on the positive results of the phase III “CROWN” randomized superiority clinical trial. This study reveals, at the March 2020 data cut off with a median follow-up of 18 months in the LORVIQUA® arm, that LORVIQUA® reduces the risk of disease progression or death by 72% compared to XALKORI® (crizotinib) ( HR= 0.28) as assessed by the independent review committee. An update of the data, in particular for PFS, is expected this year with a longer median follow-up. In patients with measurable brain metastases at baseline: 82% of patients treated with LORVIQUA® had an intracranial response (71% had a complete intracranial response); when for patients treated with XALKORI®, 23% showed an intracranial response. Detailed results of this study were published in the November 2020 issue of the New England Journal of Medicine. At 1 year of follow-up, 96% of LORVIQUA® patients (in ITT) did not progress at the cerebral level (HR 0.007).

“CROWN” is a clinical trial involving 296 patients with advanced, previously untreated ALK-positive NSCLC. They were randomly assigned to receive LORVIQUA® as monotherapy (n=149) or XALKORI® as monotherapy (n=147), standard 1st line treatment at the time of the start of the trial in May 2017 Patients had to have an ECOG performance status between 0 and 2 and an ALK-positive NSCLC identified by locally validated tests2.

The primary endpoint of the “CROWN” clinical trial was progression-free survival (PFS) assessed blindly by an Independent Review Board (IRC). Secondary endpoints included overall survival and CRI tumor assessment data including PFS, objective response rate, and duration of response. In patients with measurable brain metastases, additional endpoints were intracranial objective response rate and duration of intracranial response according to CRI.

Read also  "Let's not fool ourselves, he's already at home" 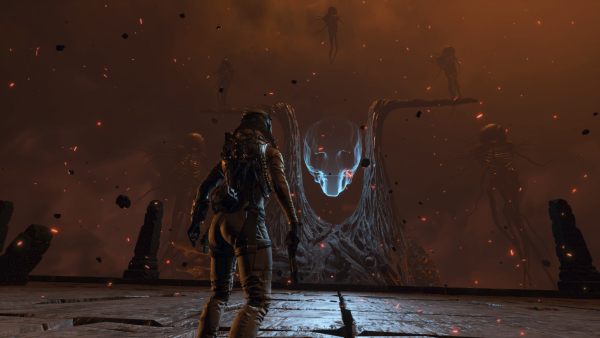