Picking up a stone is mistaken for gold, it turns out to be a super rare treasure

Home » Health » Picking up a stone is mistaken for gold, it turns out to be a super rare treasure 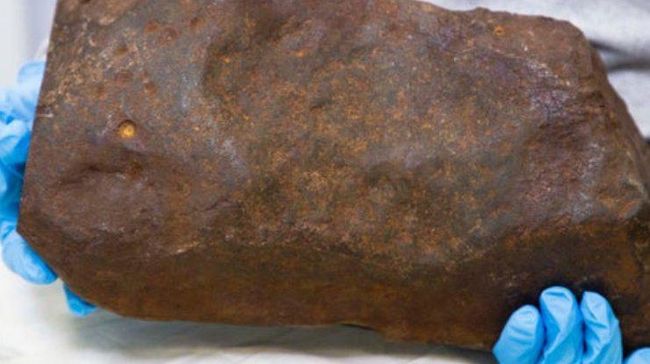 Jakarta, CNBC Indonesia – Someone found a mysterious stone and thought it was gold, but it turned out to be much more than imagined.

The stone was discovered in Maryborough Regional Park near Melbourne, Australia, in 2015 by David Hole. He took it home and tried to open it.

After trying to open it with a rock saw, grinder, drill and flushing it with acid but to no avail. Eventually Hole discovers that the rock contains not gold, but a rare meteorite.

This information was obtained when Hole brought it to the Melbourne Museum for identification.

“It has a sculpted appearance with dimples. They form as they pass through the atmosphere, they melt on the outside and the atmosphere sculpts them,” Melbourne Museum geologist Dermot Henry told The Sydney Morning Herald in 2019, quoted from Science Alert, Tuesday (10/1/2019). 2023).

In a scientific paper, the researchers wrote the meteorite named Maryborough was 4.6 billion years old. It weighs up to 17 kilograms and after being cut into small pieces a high percentage of iron is found making it the H5 ordinary chondrite.

Once the meteorite is opened, it reveals tiny metal mineral crystallized drops all over it which are known as chondrules.

“Some provide glimpses of our planet. A number of meteorites, there is ‘stardust’ which is even older than our Solar System how stars form and evolve to create elements of the periodic table,” he explained. “Other rare meteorites contain organic molecules such as amino acids; the building blocks of life”.

Researchers do not yet know the origin and how long the meteorite has been on Earth. But they have some guesses, for example the possibility of an asteroid belt between Mars and Jupiter.

“This particular meteorite probably came out of the asteroid belt between Mars and Jupiter and had been pushed out of there by several asteroids that collided with each other and then one day hit Earth,” Henry explained.

Meanwhile meteorites are on Earth between 100 to 1,000 years from carbon dating. Science Alert links it to meteorite sightings between 1889 and 1951 on Earth.