Pinkwashing: How companies use the rainbow for marketing

Home » Business » Pinkwashing: How companies use the rainbow for marketing 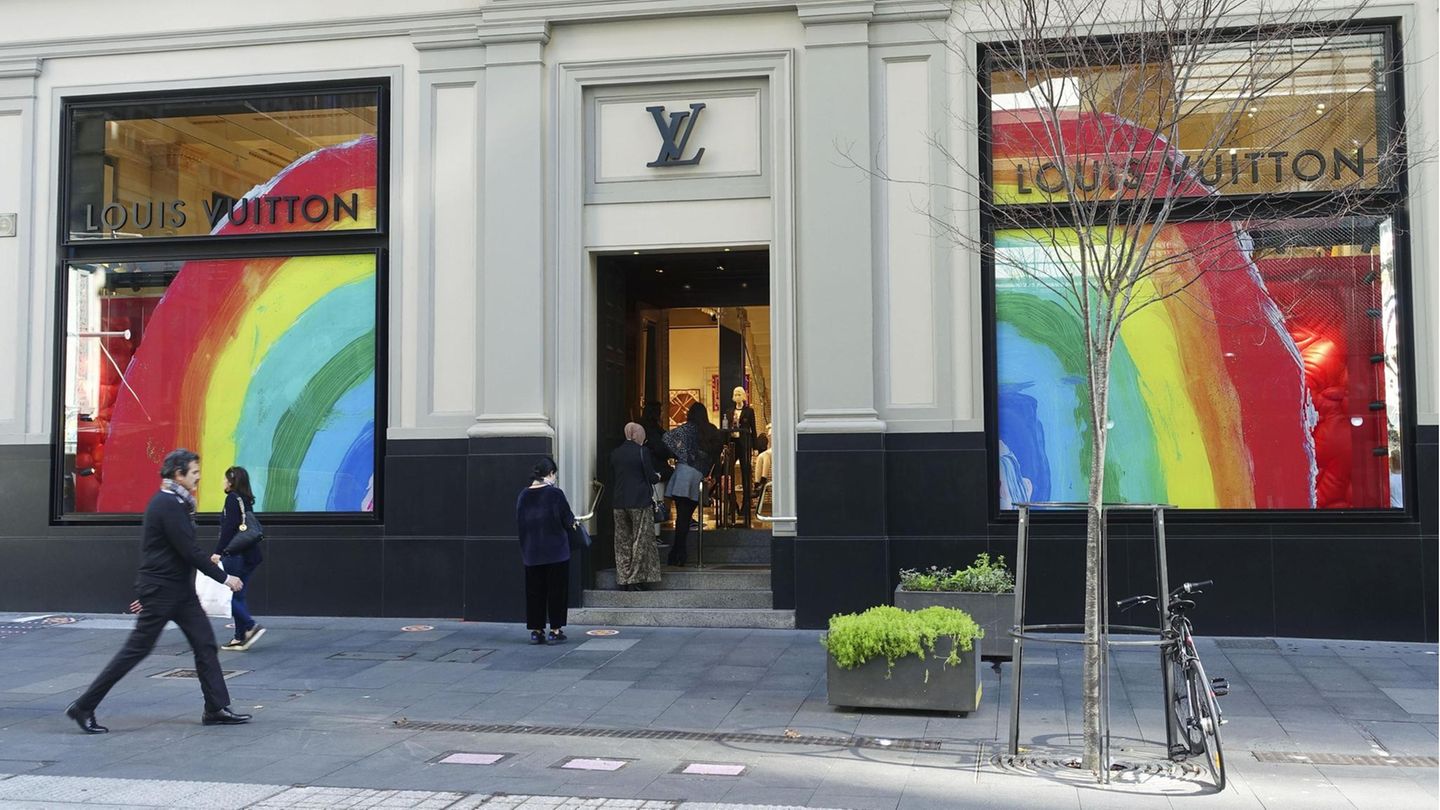 During Pride Month, many companies stage themselves with the rainbow flag to show their solidarity with the LGBTIQ+ community. “Uhlala Group” founder Stuart Bruce Cameron explains in the stern-Interview on how to distinguish “pinkwashing” from real engagement.

June is Pride Month and it’s high season for a number of brands and companies to use the rainbow to present themselves as LGBTIQ+ friendly. While a few companies really want to support the community with their actions, it seems like others just want to make money on their backs. This accusation of hypocrisy is called “pinkwashing”.

Here’s what you should know about “pinkwashing”:

What is behind the term “pinkwashing”?

The so-called “pinkwashing” has been a common marketing strategy for years to advertise using the rainbow flag. The term is derived from “greenwashing”. This accusation is always raised when a company describes itself as environmentally conscious, but does not live up to its own standards.

The phrase was first used by Sarah Schulman in a 2011 New York Times column. She used it to describe Israel’s public relations strategy, which presents itself to other Arab states as an LGBTIQ+-friendly “modern democracy” and “safe place to invest”. tried to spend. Stephan Dahl then used the term for the first time four years later to describe a marketing strategy that uses queer realities of life to earn money.

Diversity – in all its manifestations – is elementary for an open society. This article is part of a “Diversity Week” that will take place for the first time from June 20th to 26th, 2022 and will focus on the topic of sexual identity and orientation. This week, RTL Deutschland and the partner companies of the Bertelsmann Content Alliance are particularly committed to community, tolerance and equality.

Cameron: “Majority of companies do nothing for LGBTIQ+ diversity”

Stuart Bruce Cameron is the founder and CEO of the Uhlala Group. Together with his employees, he supports various companies in diversity management, builds technical, legal and business networks in the queer community and organizes events such as the LGBTIQ+-friendly job fair “Sticks&Stones”, which took place in Berlin last weekend. Cameron has grappled extensively with pinkwashing in the past. He describes the phenomenon as follows: “A practice can be described as pinkwashing when companies, organizations, individuals, parties or countries publicly pretend to stand up for LGBTIQ+ people, but in fact harm the community.”

Once a year, the Uhlala Group publishes the “Pride Index”. The list shows which companies are credibly committed to LGBTIQ+ rights. In addition, the organization awards the LGBTIQ+ worker seal “Pride Champion” to distinguish particularly progressive companies. In recent years, Allianz, SAP and the management consultancy McKinsey & Company have all been awarded the seal. Nevertheless, Cameron sees too little movement in the field. “The absolute majority of employers and companies do nothing for LGBTIQ+ diversity.”

Cameron criticizes that some companies still see diversity as purely a charity work. It has long been proven that diversity is valuable and important for companies. “When a company implements diversity management, it benefits enormously. That means more sales, better products and more applications from potential employees,” says Cameron. However, the companies and organizations should also see the damage that comes to them if they do not practice diversity management. “It’s unbelievable how economically damaging a shitstorm can be these days.”

Cameron cites UEFA during last year’s European Football Championship as a prominent example of pinkwashing. After the organization did not allow the Allianz Arena to appear in rainbow colors so as not to step on Hungary’s toes, a rainbow was posted on social media a short time later. What followed was a massive storm of outrage on social media.

The practice is also often used in politics. This was also the case in a CDU campaign before the last federal election. “The party presented itself there as a vehicle for ‘marriage-for-all’, although the majority voted against it. The CDU is not an LGBTIQ+-friendly party as long as it fights against the rights of LGBTIQ+ people.” Pinkwashing can also look like this.

The Rainbow Deal in Pride Month

Pinkwashing is particularly widespread during Pride Month. The most prominent examples this year probably come from the fast food industry. The fast-food chain Burger King released a special version of the Whopper through its Austrian branch. In the Alpine region, you can buy the burger in two versions: just the top halves of the buns or just the bottoms. “With two of the same buns” the group wants to fight for “equal love and equal rights”. The campaign is intended to make queer people prominently visible, “because not only he, but he/she/it is king,” says the fast-food chain’s post.

At the request of stern Burger King Austria points out that the company, as an official partner of Vienna Pride, the largest LGBTIQ+ event in Austria, would also have made a donation to the organizers. Since Burger King is showing solidarity with the LGBTIQ+ community in what they say is a “controversial discussion”, the accusation of pinkwashing is completely unfounded, according to a company spokesman. When asked whether Burger King would donate part of the income from the “Pride Whopper” to an LGBTIQ+ association and whether the campaigns were usually limited to Pride Month, the company did not provide any information.

But what really bugs Cameron is something else. “These campaigns often work with stereotypes. The Whopper campaign goes in a sexual direction, which bothers me,” he says. “I would like companies that bring LGBTIQ+-friendly products to the market to seek advice from diversity experts more often. It is often well-intentioned, but poorly implemented.”

Burger King’s biggest rival McDonalds was also exposed to a shitstorm at the end of May. In addition to the regular fries, the fast-food giant also had so-called “rainbow sticks” on offer for two weeks. The fried vegetable sticks consist of sweet potatoes, parsnips and beetroot. In addition, the popular Coca-Cola glasses have also been available in a rainbow version since the beginning of the month. According to the press release, the company wants to “celebrate diversity”. In the social media, the action was mainly met with incomprehension.

“It’s obvious that Pride Month is being used for their own ends here. I hate this business practice unless you’re doing something all year long,” says Cameron. “I would therefore appreciate it if part of the proceeds were donated to LGBTIQ+ associations, even if you can’t force anyone to do so.”

At the request of stern McDonalds says it intends to work on a diverse corporate structure throughout the year. Last summer, for example, Ricardo Simonetti’s “Raffi and his pink tutu” was integrated into the Happy Meal as a donation book and a diversity conference was held in November. The first survey of a diversity index is currently being used to determine where the company has the greatest need for action. A donation of the income from the “Rainbow Sticks” is not planned. However, the group is the main sponsor of the Christoper Street Days in Cologne this year and wants to work to strengthen diversity.

Cameron sees the sole commitment to large parades, such as Christopher Street Day and “Pride Vienna”, critical. “Christopher Street Day is not just a mass event, but above all a demonstration for LGBTIQ+ rights,” he says. “Companies don’t support the community if they have a cart to market their products. They use the CSD to get rich.”

Commitment often only takes place in the West

A second aspect of the McDonalds campaign also stands out: While the McDonalds Germany Twitter logo has been adorned with the bright colors of its fries since the beginning of the month, there is no rainbow or commitment to be seen on the chain’s Twitter page in the United Arab Emirates. This seems to be common practice not only at McDonalds. A rainbow-colored logo is associated with a modern, enlightened company, but the commitment quickly ends in conservative and religious countries. Companies have been criticized for flying the flag in North America and parts of Europe while remaining silent in countries where homosexuality and transsexuality remain criminalized.

Homosexuality is still illegal in 69 states, eleven of which even have the death penalty for homosexual acts. Although Western companies would be required to get involved here, they often remain silent in the affected regions. For example, the Twitter profile pictures of BMW, Mercedes-Benz, Pfizer and Hewlett-Packard shone in the colors of the rainbow, but nothing changed in the Middle East.

Sustainable change does not end in June

So how do you distinguish a progressive campaign from pinkwashing? The “Uhlala Group” founder finds it difficult to find a uniform answer to this question. Not all products that advertise with the rainbow are automatically pinkwashed for him. According to Cameron, as long as the product stands on its own and does not advertise with the promise of supporting the community, it is simply a “target group-oriented product”.

20. June 2022
Pietro Lombardi: He has already lost 15 kilos
Singer and DSDS winner Pietro Lombardi, 30, lets his two million followers on Instagram share many details from his private life. Most recently, it was all about his weight loss. In mid-May he showed himself shirtless in a short video in front of the mirror and complained: “From behind you think I’m well built, the closer I get, the more I face the truth: I’m fat.” At the beginning of June he spoke up in another story with a short “body update”. “I actually lost ten kilos,” Lombardi said. Now the next level has been reached: he already wants to have lost 15 kilograms, as reported by “RTL” and other media. The singer recently filmed himself in front of the mirror again, but this time much happier: “Real talk?” He said. “My body isn’t that bad.” But he doesn’t seem to have reached his goal, he’s still dissatisfied with his hips: “Well, the sides are really still fat, but they’ve gotten better”. At the beginning of June, Lombardi told his coach: “I think it’s up to Claudio.” He pushes and motivates him, they are currently training every day.

“It is difficult to assess when a company or a person is pinkwashing, because you need a lot of information for that. Timing and possible donations are good indicators. There is also a look inside the company. We are trying to use the Pride Index and the LGBTIQ+ worker seal Pride Champion to create transparency.” Real LGBTIQ+ commitment should therefore begin in the company before it is taken to the streets. “I’m happy when companies offer products for LGBTIQ+ people, but please do so all year round and not just during Pride month.”

Read also  We put technology to the test 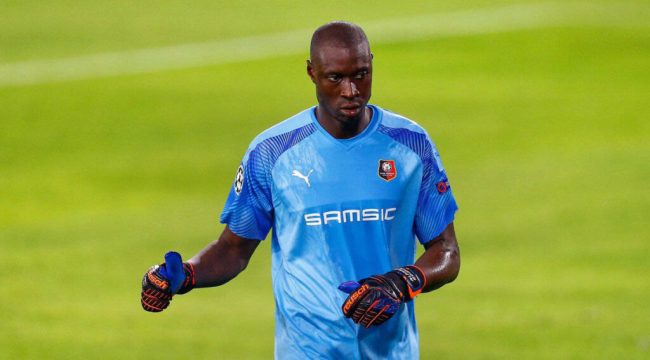 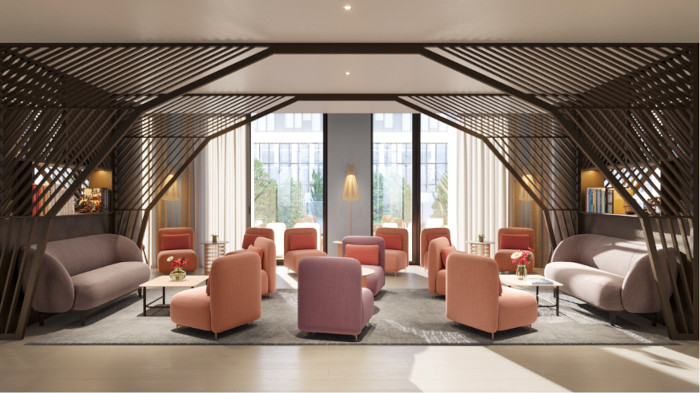 Okko Hotels settles in the business district of La Défense 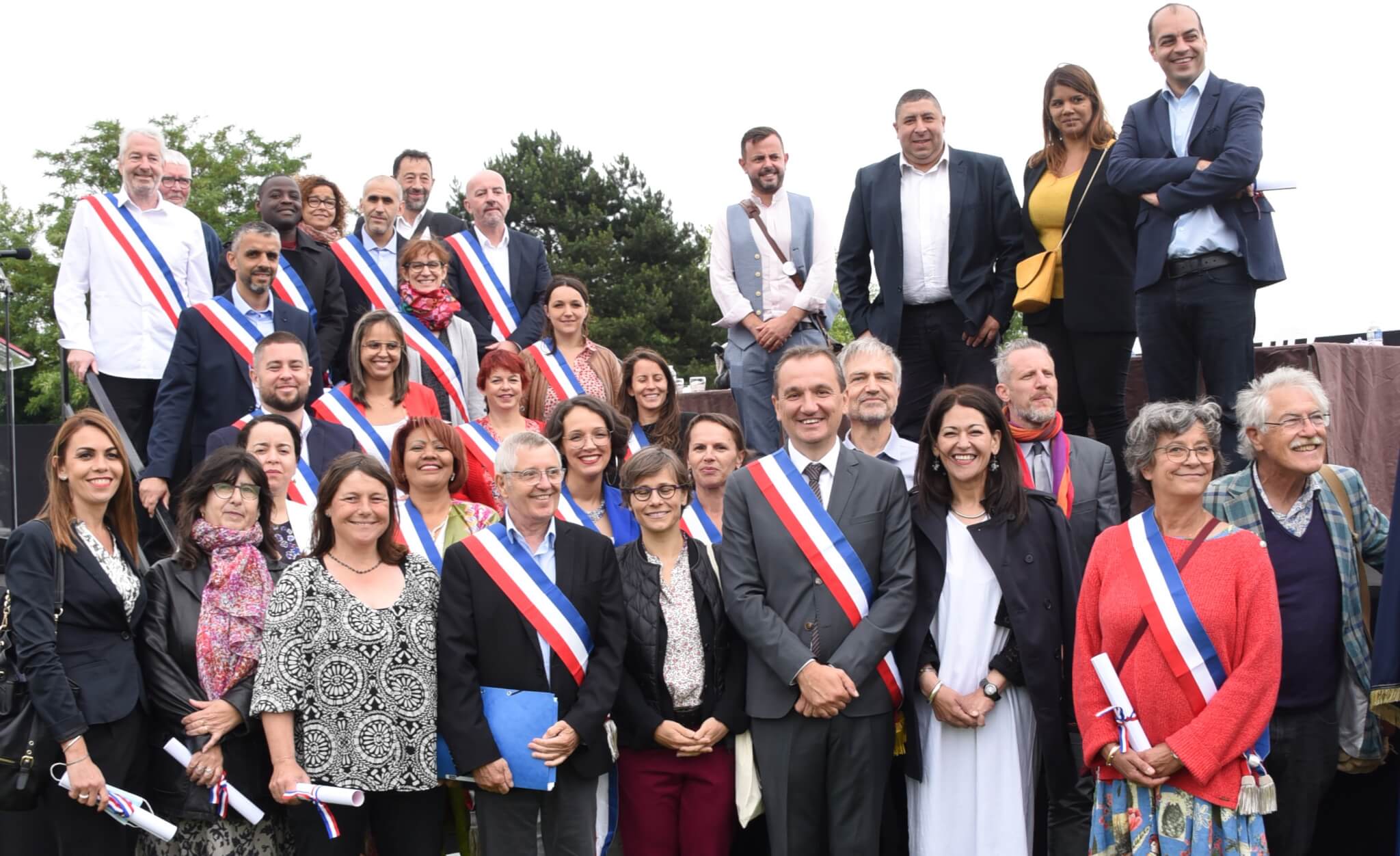 Head of irrigation and fertigation