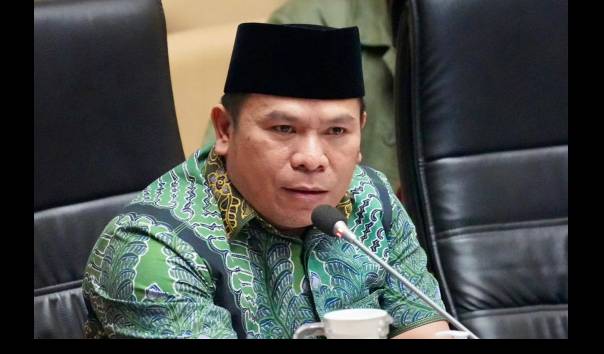 JAKARTA, KOMPAS TV – Member of the Indonesian House of Representatives, the PKB faction, Luqman Hakim, revealed that the budget for replacing the curtains at his official residence was only Rp. 30 million.

Therefore, he urged the Secretariat General of the DPR to evaluate the Rp43.5 billion budget that will be used to replace the curtains in the official houses of DPR members.

“For your information, from all the replacement of the curtains in my official house (minus 1 room) the total cost I spent was only around Rp. 30 million. This is far below the current price planned by the secretary general of the DPR,” said Luqman to TV CompassTuesday (10/5/2022).

He asked the Secretary General of the DPR RI Indra Iskandar to clearly and in detail the specifications of the curtains to be held.

“So, the public can rationally accept the amount of budget offered by the company winning the tender. In my opinion, it is very reasonable for people to ask what kind of curtains to buy at a price above Rp. 80 million for each official house of the DPR,” he said.

As long as the Secretariat General of the DPR cannot provide a detailed explanation of the specifications for the curtains that will be held, Luqman asked for the project to procure curtains for the DPR’s official residence this year to be canceled. Even though there are already companies that have been declared the winners of the tender.

“Without a reasonable explanation to the public, the curtains project for the DPR’s official residence only adds to the public’s negative assessment of the DPR. I’m sure many DPR members are ashamed that this curtain issue has become a negative controversy in the community.”

“Again, if there is no explanation that makes sense to the public, just cancel the curtain project!” Luqman said.

Previously, the House Household Affairs Agency (BURT) of the House of Representatives would summon the Secretary General, in the aftermath of a commotion regarding the procurement of curtains for the official residence, which was won by the highest bidder.