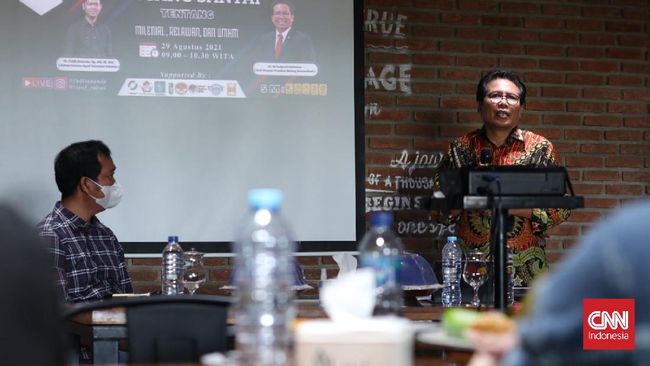 presidential spokesman, Fadjroel Rachman denied that there was talk of a reshuffle in the Indonesia Maju cabinet when Indonesian President Joko Widodo (Jokowi) received officials from six coalition parties, including the National Mandate Party (PAN) at the palace last week.

According to Fadjroel, the discussion on the reshuffle is only the prerogative of Jokowi as president, and the discussion was not discussed during a meeting with all party leaders.

“Well, there is no talk about a reshuffle, nothing. The reshuffle is the president’s prerogative, but I have to this day say that the president and all ministers in the Indonesia Onward cabinet are focused on dealing with Covid, especially social protection, economic recovery, and health,” he explained. Fadjroel in Makassar, South Sulawesi, Sunday (29/8).

For example, if there is a reshuffle in the current cabinet, said Fadjroel, it will be conveyed directly by Jokowi as president.

“So, if there is a reshuffle or cabinet reshuffle later, it will be conveyed directly to the president. I will only convey or explain after the president speaks to the public. Until today, everything is working fully,” said Fadjroel.

At a meeting of all coalition parties at the Bogor Palace, including PAN. The President said Fadjroel only discussed the handling of Covid-19 in Indonesia, including the development of the national economy.

“Yesterday I spoke with the Vice President of PAN, Yandri Susanto, in essence the meeting at the Bogor Palace, the president invited six chairmen and the secretary general of the coalition political parties and at the same time invited Mr. Zul as from PAN. In essence the president talked about how to handle Covid, including face-to-face schools. face, because yesterday the president conveyed everything about how to handle Covid so that it could be known by the political parties,” he explained.

“Then about the development of the national economy which has grown in the second quarter of 7.7 percent. The third is about moving the capital city of a new country because the president will submit a letter to the DPR,” he said.