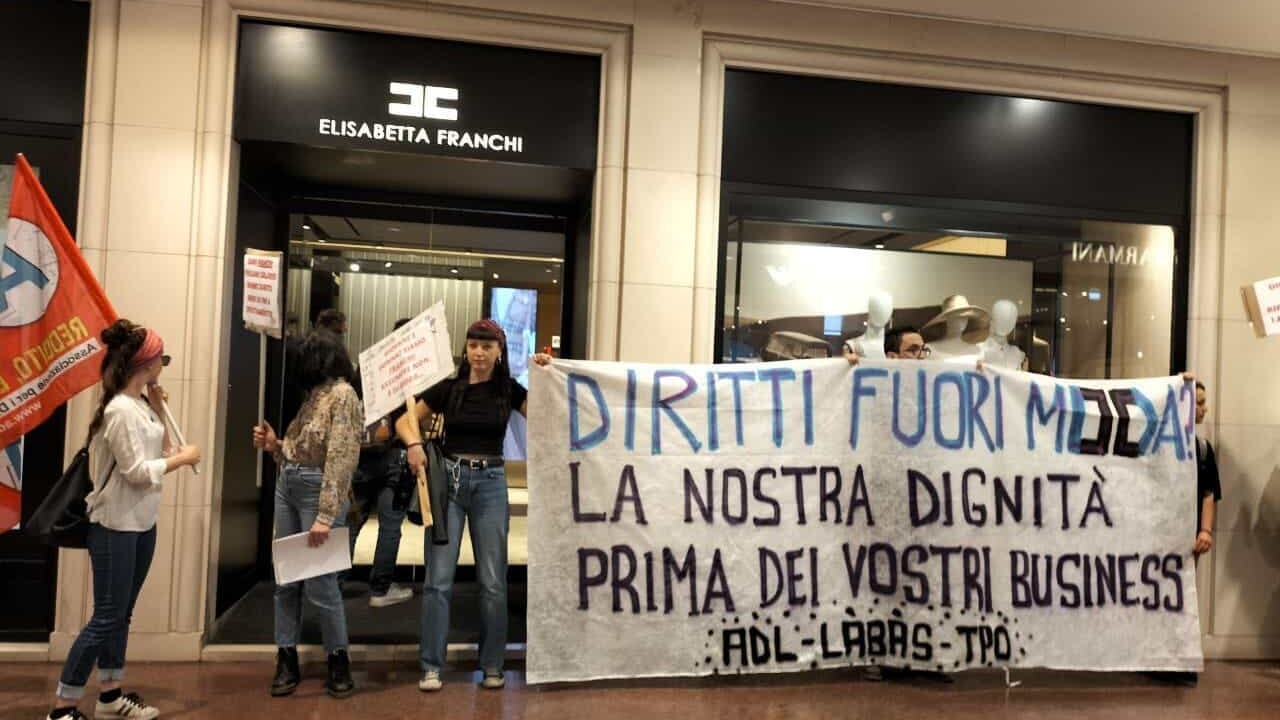 Blitz at the Elisabetta Franchi store in Galleria Cavour. The protest was staged by Adl Cobas who presented himself in front of the shop with several banners to reiterate that “we decide on our lives, our dignity and our choices as young people, women, workers are not available to those who pretend to give life lessons while getting rich on our skin! “

In response to the protest, the designer’s statements during her speech at the “Women and Fashion” event in Milan, said she would only hire women over 40 in top positions because as an entrepreneur who invests “time and money you cannot afford to not to see her arrive for two years because that position is uncovered. And an entrepreneur invests time, energy and money “stirring up a crawl space, to put it mildly.

“He described a reality that exists”

For the union these are “shameful words because they affirm an idea of ​​a woman who has the natural obligation ‘to marry, procreate, look after the family and in any case to do so as a young man and only then perhaps aspire to personal fulfillment or autonomy work “and” in the last hours the late and hypocritical dissociation of those who, in politics and business, now distance themselves from these statements “but” described a reality that exists, in his company but more generally in the world of work “.

“We know it well, especially we women – they continue – how the Italian business and political class forces us to a condition that does not allow us to live independently from family or partner, which is expressed in the very high female unemployment rates and even when we are able to work we often do it with involuntary and sub-framed part-time contracts that produce a very high gender pay gap. A system that needs us potentially available 24 hours a day, for wages that are often starving and as if that weren’t enough now heavily eroded by the runaway cost of living: we work hard, to earn little but when we are not needed we remain without income, if women take care of the family (for free) “.

“Refusing your job is cool”

Adl Cobas, in the note, also refers to the recent declarations by “a group of industrialists, starred chefs, hoteliers on duty (it demonstrates nothing but the will to keep the many precarious workers poor and disciplined – and who refuse an exploited, poorly paid job, which often represents a theft of one’s life time. The fault – according to the trade union – is also due to a social protection system that is still dramatically marked by a welfare vision but also family and patriarchal which penalizes, from a point of view economic and life choices, in particular women: to stay on the subject, just think of the absence of paternity allowance which in fact reiterates that men must be dedicated to work while women to family and care activities ( unpaid) “.

“We are fed up with this arrogance, we can no longer allow it to continue to have this attitude, we must stop all this while fighting the gender pay gap and for gender equality, with the urgent introduction of the minimum wage, the renewal of the CCNL, with the indexation of wages to keep pace with the devastating high cost of life that is overwhelming us, more checks on the workplace by the Inspectorates, a social security reform in a universalistic sense, the defense and extension of citizenship income, if it is without rights …. Refusing your work is cool. ”