PS VR2: All of your fingers will be mapped and reflected in-game

Home » Technology » PS VR2: All of your fingers will be mapped and reflected in-game 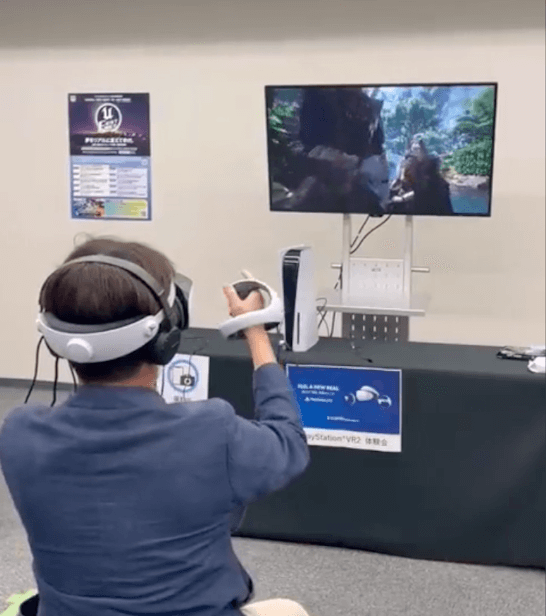 PS VR2 platform controllers can map your fingers even when you open your hands. Here is the video proof!

The upcoming PS VR 2 looks to have some pretty impressive tech when it comes to translating your finger input. In the past few days, the following video, taken from a public demo for the VR headset, has been circulating on Twitter. The person using Sony’s new-generation VR headset briefly demonstrates how accurate the hand and finger tracking is by repeatedly running their hands through their environment. See for yourself:

After waving their hands and performing finger acrobatics for a while, the user then climbs into a canoe. There, he dips his hands in the water to demonstrate the finger-tracking capabilities of the new-gen VR headset, which incidentally allows for a demo Horizon Call of the Mountain is. All in all, this looks like a pretty impressive first impression for the PS VR 2 headset. There are still a few months until the VR headset launches around the world on February 22, 2023. This leaves time for Sony to set up more demo sessions like this for users to try out.