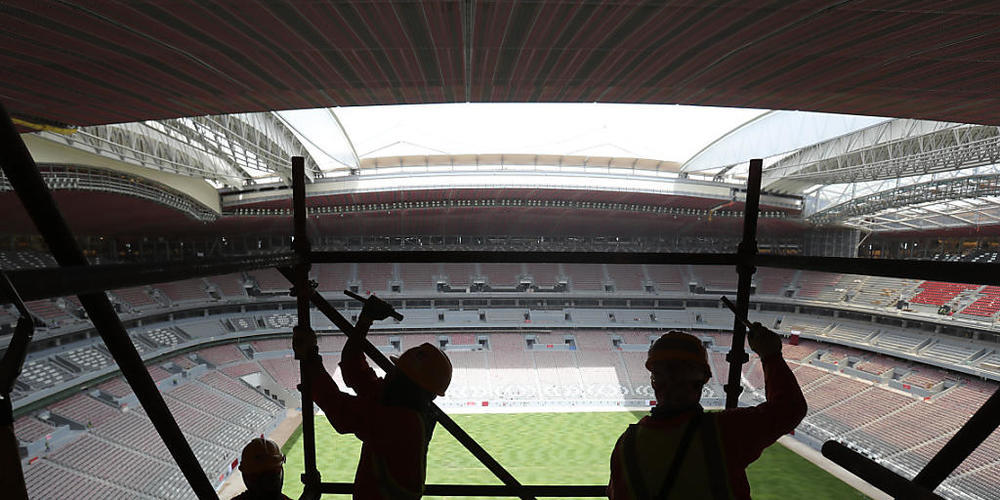 The boycott calls have come at ever shorter intervals in recent years. There are understandable reasons for this: There is the award of the tournament with the allegations of corruption in December 2010, the inhumane treatment of workers during the construction of the many infrastructures, the laws against homosexuals, the discrimination of women, the fragile freedom of the press or the inadequate ecological situation for many sense of responsibility.

Criticism of Qatar came from sport, politics and human rights and environmental protection organizations. Those in power in the emirate have partially responded to this: the situation for migrants has been improved by law, the stadiums have been designed to be more ecologically compatible than initially planned and at least for the time during the World Cup it says: “Everyone is welcome”, albeit with the addition that is difficult to define , you have to follow the local customs.

Qatar has almost 2.5 million inhabitants, of which only about ten percent have a Qatari passport. The country depends on expats and less privileged migrants to fuel its development. In 1970 there were just 100,000 people living in the small emirate, which only gained independence from Great Britain 50 years ago and has become very wealthy in recent decades thanks to oil deposits.

Qatar has been specifically seeking contact with the West since the early 1990s, allowing the largest American military base in the Middle East to be built on its own soil and investing heavily in large companies and real estate. The Qatari fund, which like the rest of the country is controlled by a small privileged elite, now manages almost $500 billion in assets.

Investments in sport and culture

The companies that are in the Qatari portfolio include Credit Suisse or Glencore and – more unusually – Paris Saint-Germain. The French club was bought a good ten years ago for 70 million francs, today it should be worth more than 2.5 billion. The stars were attracted with large investments: Zlatan Ibrahimovic, David Beckham, Kylian Mbappé, Neymar and most recently Lionel Messi are among the most important acquisitions.

The big names ensure success on the football field, but more importantly: they generate publicity. In the 48 hours following Messi’s signing, PSG’s Instagram account gained four million new followers. Paris Saint-Germain is a means of influencing Qatar’s image. But also hosting the World Championships in Athletics and other title fights are part of the strategy. Critics call it “sports washing”, whitewashing through sports marketing.

The sport is a vehicle not only for Qatar, but also for its toughest Middle Eastern rivals, the United Arab Emirates and Saudi Arabia, to present itself in a different, better light. The Emirates own Manchester City, Saudi Arabia recently owned Newcastle United. In addition, all three countries invest a lot of money to organize events, sometimes also for sports to which they have little connection. In 2029, the Asian Winter Games will take place in Saudi Arabia.

Saudi Arabia, which is 200 times larger and has a menacingly strong population of 220,000 soldiers, has been in competition with its smaller neighbor for years. Between 2017 and 2021, the Saudis led a boycott against Qatar that ended in vain. Saudi Arabia would have liked to shut down the Qatari news channel Al Jazeera, which reports very critically on the entire region. The station only makes an exception when it comes to domestic politics in its own country.

Qatar is a country of contrasts. It wants to control everything and be open at the same time. It must be accepted in its conservative, strictly religious region and at the same time not disgust in the West. Much has been done to achieve this balancing act. Questionable methods were also used to gain public favor or to discredit opponents.

But the criticism did not go away. In fact, it got louder and louder every week. In Qatar, the reservations about the World Cup hosts are met with incomprehension. At the end of October, Sheikh Tamim Hamad Al-Thani spoke of an “unprecedented campaign” being waged against his country. Inventions and double standards are among the drivers of the campaign.

Human rights in Qatar. An overview:

Treatment of migrants: About 90 percent of the population are foreigners and a large proportion of them work in low-wage sectors. The treatment of these migrants has been criticized by human rights organizations. In recent years, the focus has been on the working conditions of the migrant workers, who often come from the Far East and who worked on the stadiums and other infrastructure for the World Cup.

The migrants are very dependent on their employer and have to live in difficult circumstances. The death rate is said to be excessive among Qatari construction workers. With a minimum wage and legal adjustments in favor of workers, Qatar has recently improved the situation on paper.

Women’s rights: Women are disadvantaged in Qatar compared to men. They are poorly protected against domestic violence and can be punished for having sex outside of marriage. There are strict dress codes. The women are heavily dependent on their male guardian or husband. These can, for example, substantiate a woman with a travel ban.

Freedom of expression: The right to freedom of expression is severely restricted. Draconian penalties can be imposed for statements that are considered an insult to the political leadership or for blasphemy. The list of punishments in Qatar includes lashes.

Freedom of religion: There are other religions than Islam in Qatar. However, the other religions are clearly disadvantaged, especially Hinduism or Buddhism, which, unlike Christianity, is not officially recognized in Qatar. Proselytizing is forbidden under threat of punishment for all religions other than Islam.

LGBTQ rights: Homosexuality is prohibited by law in Qatar. Human rights organizations have recently made public cases of police violence against LGBTQ members. The emirate defended itself against the allegations and stated that everyone is welcome during the World Cup. 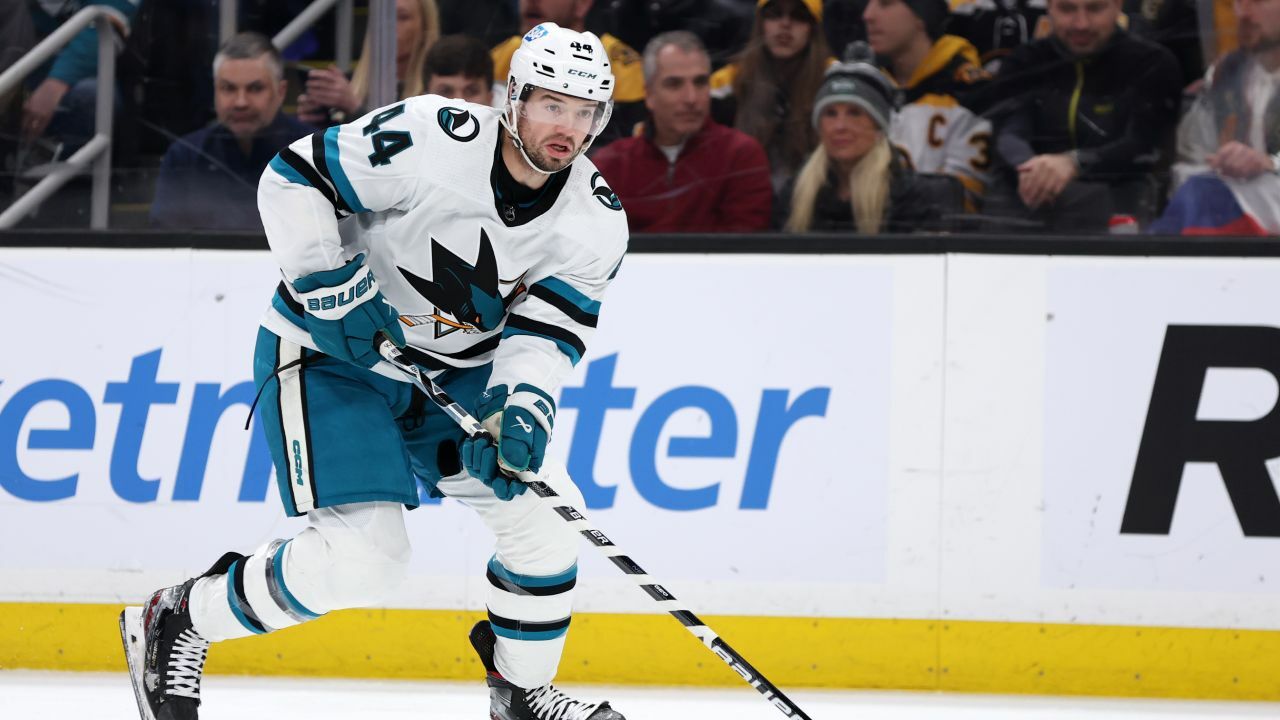 Pittsburgh Penguins are defeated by the San Jose Sharks 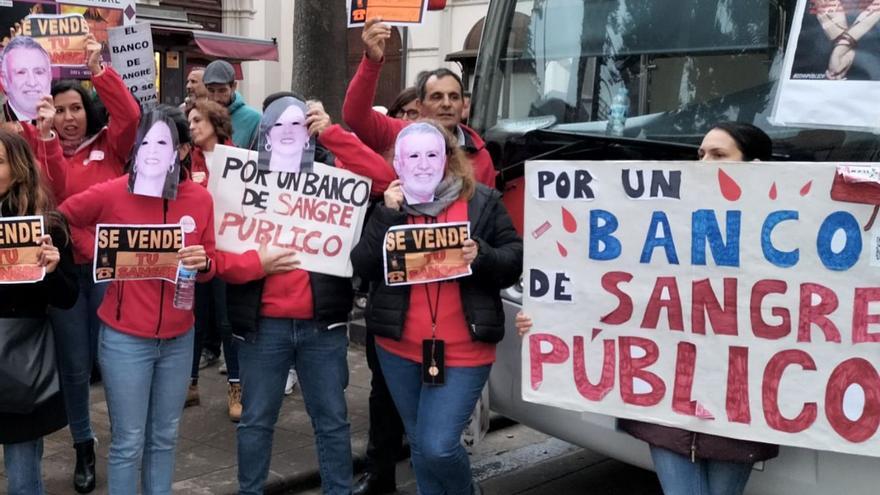