REPORT. At €1,828 per month, this public nursing home does not cut corners and cultivates

Home » News » REPORT. At €1,828 per month, this public nursing home does not cut corners and cultivates 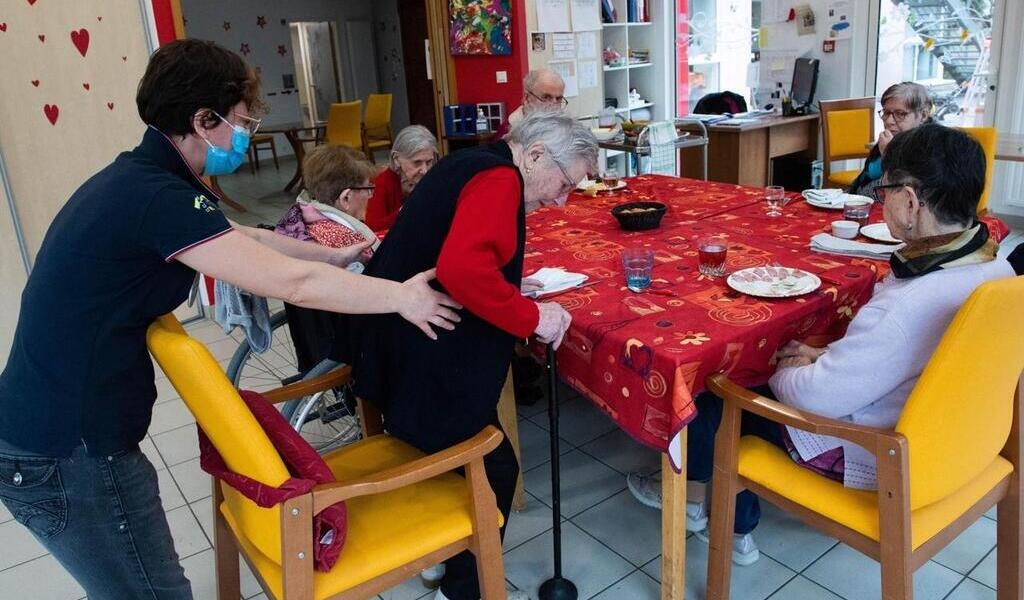 A fairy tale name. Le Septier d’or is the “Ehpad” (Accommodation establishment for dependent elderly people) in Treize-Septiers (Vendée). A garden, a wood, beehives and soon sheep surround the buildings.

Next to the Septier d’Or, the Bois de l’île welcomes people with disabilities. Around the “little houses” accommodate more independent people. With a price of €1,828 per month (excluding aid), the public establishment of sixty-six residents ranks among the cheapest but does not cut corners on the quality of the reception.

Starting with the plates. The chef, Luc Guitton, insists on this: “Fresh fish two days a week. Croissants or brioche on Sunday. And the aperitif once a week. » Marie-Jo and Jeanne, 90, approve. “At least here, we no longer need to cook! » The chef balances his budget ” year round “.

Michael Orieux, director since 2020, is full of ideas, but does not complain about the lack of means. “The financing of nursing homes is linked to the ARS, the Department and the residents. If we limit ourselves to that, we are hyperconstrained and that means that we have no possibility of improvement. » So he innovates. “We deliver meals. » The establishment’s lingerie offers “a billed home service. It’s not going to change the face of the world but it will put butter in the spinach. »

There is also an association, raffles organized for retirement home parties, partnerships with neighboring businesses… Initiatives that push the budget limits. “In 2021, we took twenty-five residents on a five-day stay at the sea, with as many accompanying persons. It’s huge. »

From “equitherapy” which does not say its name

Recently, the director made an agreement with a neighboring stable which breeds show jumping competition horses. The establishment sponsors a colt who has come to visit the residents.

“It was incredible, some were doing everything you should normally avoid with a horse but the animal, as soon as it felt that it was a fragile person, it did not move. » From “equitherapy” which does not say its name and which, above all, does not cost the establishment a penny. “We couldn’t afford it. »

At the Septier d’Or, the staff does not have overalls (except for treatments) but T-shirts, to be in a “human to human” relationship, explains the establishment. © Thomas Bregardis / Ouest-France

Michaël Orieux calls it “multiply the forces”. The staff are versatile. “On my pay slip, there is marked reception, secretariat, animation”, explains Danie Sydaphasavanh. That morning, she helped a resident put on her bra and dressed another. Pragmatism rather than the job description is ” the philosophy “ carried by management.

It solves the problems of planning. And it is part of « l’humanitude », the establishment’s mantra which frames all actions and gives rise to training. Ways of doing things that change lives.

The receptionist says that one afternoon, called to the rescue to help an Alzheimer resident to eat, he pronounces his wife’s first name, which he no longer necessarily recognizes. “When she arrived in the afternoon, I told her: “your husband claimed you today”. I saw her eyes full of tears. »

That Tuesday, the Septier d’or said a final farewell to Ms. Fortin, 102, the oldest resident. In the hall, elderly people and staff stand alongside the family around the coffin. “An important moment for us”, insists the manager.

“Here is an example, everything is fine”

His predecessor, Gérald de Biasio made the trip. He theorizes. “What do seniors want? Live with them. Ehpad must be service platforms. Then, you have to trust the directors who must be evaluated by a single supervisory authority. » A whole program a few weeks before the presidential election. “All politicians must ask themselves the question of what they would like to become when they are old. »

“When I can no longer walk or if I have a major health problem, I will come here”, replies Michel Leboeuf. He is not a presidential candidate but a former mayor of Treize-Septiers who founded the establishment. “Here is an example, everything is fine. »

“I love what I do”, confirms Mélanie Boismain, a versatile social worker who forgets to say that she is in the process of structuring a union section within the establishment. What is it, a well-functioning retirement home? “If we don’t have human leadership, we have nothing. We can see that those who don’t adhere don’t stay,” she believes.

In Thérèse Mignon’s apartment (on the right) with Agnès who is an animation intern. © Thomas Bregardis / Ouest-France

A keen sense of resourcefulness

For the director, the balance found is “fragile”. It is necessary that “everyone carries the same project: from the deliberative body which gives the main axes, the direction, the employees but also the families and the residents”. The difficulty ? “Make the staff adhere to the project all the time so that they don’t fall back into an administrative function. »

Conversely, the Septier d’Or cultivates a keen sense of resourcefulness. “During confinement, as we did not know what to expect, I went to see the local farmers to find out if we could buy a cow. » In case of food shortage. The cow remained in her meadow but the director was reassured.