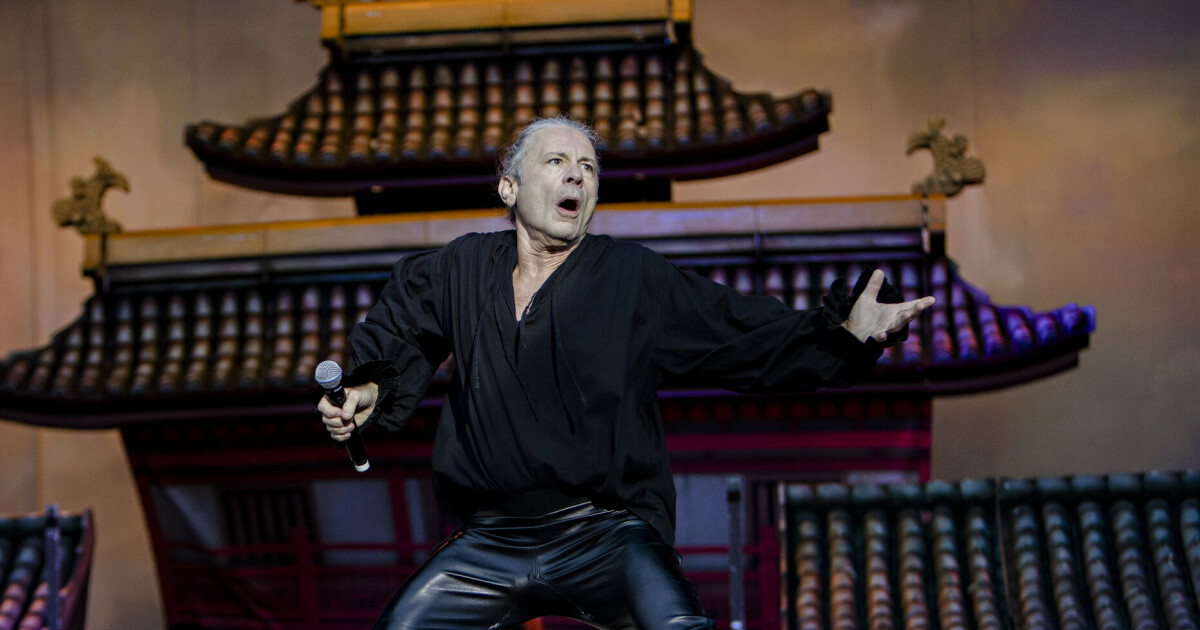 «Legacy of the Beast World Tour 2022» – Tons of Rock, Ekebergsletta i Oslo

There are concerts, and then there are giant “equipment concerts”. Next month, German Rammstein will return to Oslo with perhaps the world’s biggest rock show. Kiss did not spare either pyro or other effects when in 2019 they said thank you to themselves on Tons of Rock. They are still going on, thanks to the pandemic – which was supposed to bring Iron Maiden to Ekebergsletta in 2020. On Thursday night, they finally stood on the main stage with a rock theater that not many people do after them. In the meantime, they have also released their 17th album, critically acclaimed “Senjutsu” (2021), their first in six years.

American Mastodon had nothing against “warming up” for his British colleagues on the main stage. They did it with a modest light show, if you can call it a “show”.

The stark opposite of Iron Maiden, that is, who poses with scene changes, effects, pyro and the beast himself, Eddie, in his oversized splendor in various disguises and appearances. A concert with Iron Maiden is as much a show and a visual experience.

But – Eddie still fails to overshadow the band’s undisputed frontman, vocalist Bruce Dickinson. He too is involved in the game, and spoils with both the cross, the devil and sacred tones. He is high and low in the big stage rig, and if he does not hit the tone every time, he goes higher than most of his peers. Impressive. That he replaces Union Jack with a large Norwegian flag underneath «The Trooper» we take on the quota for pleasant audience courtship.

The “Legacy of the Beast” show that hit the Norway Cup mat on Thursday night was, as the title suggests, a summary of a 42-year record career – all the way back to «Iron Maiden» from the self-titled album debut – after doing away with the first three songs on the latest album.

The first stage rig has a Japanese theme and builds on «Senjutsu» from last year’s album of the same title. Especially «The Writing on the Wall» from the same album shows a slightly different side of the British hard rock beast. An acoustic guitar sets the tone, but it does not take long before the three guitarists fight to start the first riff.

The stage changes are many, and when a giant Eddie enters an armor, I immediately get a musical feeling, a feeling of theater, which persists through «Stratego». It is all emphasized by the fact that Dickinson sings “musically” and uses theatrical effects such as masks and robes. But the great thing about an Iron Maiden concert is that the six on stage have fun. There is no routine in this, they love what they are doing. Every single riff, every single note, means something. It spreads to the audience – and not least to the blood fans, from seven years and up. I quickly gave up counting T-shirts!

Senjutsu, Stratego, The Writing on the Wall, Revelations, Blood Brothers, Sign of the Cross, Flight of Icarus, Fear of the Dark, Hallowed Be Thy Name, The Number of the Beast, Iron Maiden
Additional: The Trooper, The Clansman, Run to the Hills Extra extras:
Aces High

The crew of Iron Maiden has been stable since 1999, and almost the same as in 1983 – only with guitarist Janick Gers as a new addition in 1990. Adrian Smith returned in 1999. Gers got to stay, and with Dave Murray on the team since 1976, they are three guitarists. No wonder they are riff masters in rock’s top division.

Because it’s a riff it’s all about. The guitar solos are many, but there is always a melody there. The “wooden guitar monster” becomes especially powerful during «Blood Brothers», one of several all-singing-friendly songs that not only the 25-30,000 on Ekebergsletta, but probably the whole of Oslo got along with. Not to mention the parade number «Run to the Hill» on the buttocks.

Bassist Steve Harris warmed up as someone might have watched on TV until the concert on Wednesday with a new football match with his team of friends from England, as in 2005 – including with his son George Harris and his band The Raven Age. They met the street team in Lørenskog, reinforced with some ex-pros. For safety’s sake, the team is named after the Iron Maiden song «Aces High» – which ended Thursday’s concert. The match ended 2.2.

On the Norway Cup mat itself, however, there was a full victory for Iron Maiden.