Risma gets angry with the stagnant social assistance disbursement, state-owned banks speak up 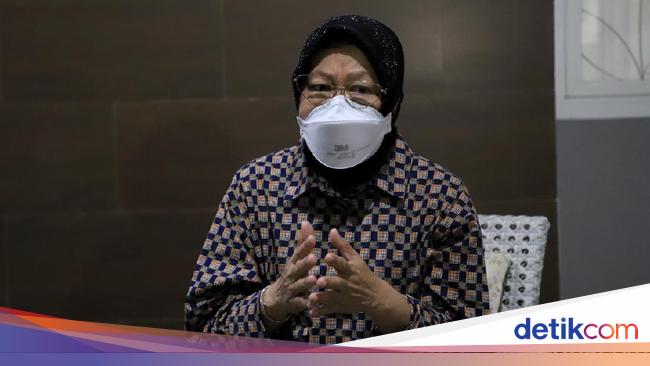 Minister of Social Affairs (Mensos) Tri Rismaharini was furious when she encountered problems in distributing social assistance (bansos) during the COVID-19 pandemic. Especially if the Minister of Social Affairs, who is familiarly called Risma, suspects that there is a conspiracy in the process of distributing social assistance.

Starting from the assistant to the recipient of the social assistance, local government officials to bank officials were not spared the scolding of the former Surabaya mayor.

For example, on Monday (30/8), Risma checked the social assistance program in Bandung Regency. According to the Deputy Regent of Bandung Regency, Sahrul Gunawan, Risma scolded the assistant for the Family Hope Program (PKH), representatives of the state bank (BUMN bank), and PT Pos Indonesia regarding the distribution of social assistance.

“Mrs. Risma suddenly came here. Then I followed every process of Mrs. Risma’s direction to the companions of the family of hope (PKH), the state bank association (himbara), PT. Pos Indonesia. So she got angry with the stakeholders, while I was there in the same room. So happy, I became aware of the problems in the social service related to social assistance, “said Sahrul to reporters, Monday (30/8/2021).

Then in Sragen, Central Java, Risma found 2,517 KPM (Beneficiary Families) PKH (Program Keluarga Harapan) which had not been disbursed because the passbook was blocked. Hearing this, Risma immediately contacted one of Himbara’s banks and their assistant to manage the beneficiary’s account.

“I’m asking for help, sir, today it can also be finished. If the card has not been distributed, come on, give it to me. Now I’m taking it to KPM’s house,” he said, quoted from a video on the Ministry of Social Affairs.go.id page, Friday (3/9). /2021).

In response, Chairman of the Association of State-Owned Banks (Himbara) Sunarso explained that in general the government’s policies and stimulus, including social assistance, had a positive impact on the Indonesian economy.

His party noted that until the end of July 2021 Himbara had distributed the government’s basic necessities, PKH and BPUM programs to more than 24.9 million MSME aid recipients with a total nominal value of Rp. 37.8 trillion.

“Therefore, we are committed to continuing to support various government programs so that the momentum of Indonesia’s economic growth continues,” said Sunarso, who is the President Director of PT Bank Rakyat Indonesia (Persero) Tbk in a written statement, Thursday (2/9/2021).

The next page is about the achievement of social assistance distribution by state-owned banks. Direct click