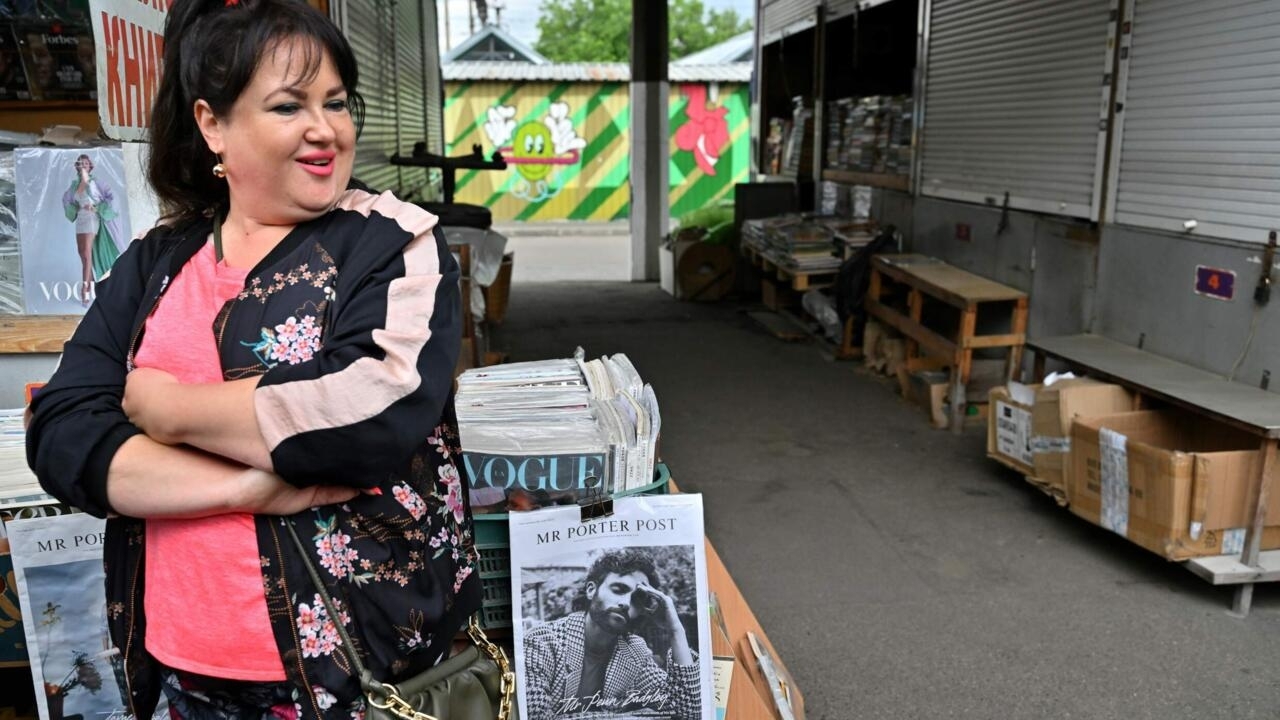 Kiev (Ukraine) (AFP) – In the aisles of a kyiv book market, booksellers and readers discuss the new laws that ban numerous works in Russian in Ukraine: are they necessary in the war against Moscow or do they confuse culture and propaganda?

“These laws are too much. Some have wanted to be seen, to show that they were true patriots,” Olexander Drobin, one of the merchants in the large Petrivka book market, told AFP.

“But this is no way to show that one is a patriot because about half of our population is Russophone. And Russian culture interests us too, there are many good things in Russian history,” he adds.

A little further, Anatoli Gounko, whose books are almost all in Ukrainian, believes that the law is “necessary”. But he also considers it “a bit severe to say that you only have to speak Ukrainian, and not Russian.”

“Why should Russian belong only to Russia? 300 million people in the world speak Russian,” he says.

The Ukrainian parliament passed several laws on June 19 to “protect (Ukrainian) culture from Russian propaganda.” The only thing missing is the signature of President Volodimir Zelenski to be promulgated.

The laws prohibit the importation of books published in Russia and Belarus, Moscow’s ally in the war against Ukraine, regardless of the author. They include fine penalties for offenders.

But its application promises to be complicated: books in Russian published in Ukraine or in other countries are still allowed if the original language of the author is Russian and if Russian is not considered hostile to Ukraine.

This saves the great classics of Russian and world literature such as Alexander Pushkin or Leo Tolstoy.

The laws also prohibit the broadcasting of Russian music composed after 1991 on television, radio and in public places.

Four months after the start of the invasion of Ukraine, these new regulations reinforce the legislative arsenal adopted in recent years to combat communism and the Russification of the former Soviet republic.

But for Drobin, the Petrivka bookseller, “we must not make an amalgamation between Russian fascism and Russian culture.”

“They have made this law but nobody knows how to apply it. Should we take these books, stack them on the street and burn them, or turn them into toilet paper?” he protests, showing the shelves of his bookstore, which is mainly made up of works in Russian.

Favorable to the text, Gounko tries to convince him: “as the Romans say, the law is harsh, but it is the law”.

Nadia, another shopkeeper who does not want to give her last name, also defends the law: “When the war started, people started reading books in Ukrainian. We have enough excellent authors” in the country, she says.

In any case, “this worries more those who sell recent books, we are a bit of a second-hand booksellers, it’s something else,” he adds.

There is also no consensus among readers.

“Passing such a law now is not relevant, there are more serious problems. It is at the level of a kindergarten,” says a buyer, Natasha Sikorska.

But one of her friends, a lawyer who prefers not to reveal her identity, does not agree.

“I have read a lot of Russian literature, I loved it and I still love it, but I say it honestly: since February 24 [cuando comenzó la invasión rusa]for me it is dead”, he affirms.

Like Natasha Sikorska, the bookseller Dobrin believes that the Ukrainian government has more important things to do than legislate on these issues and should concentrate on “defending our country.”

But “everyone makes mistakes, even our government,” he sighs.