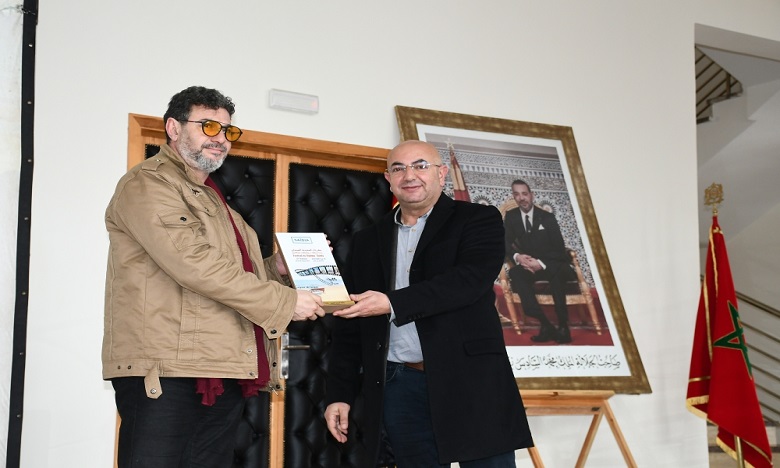 The Best Director Prize was awarded to Mohamed El Younsi for his film “Les Coups du Destin”, the Best Screenplay Prize to screenwriter Mustapha Chaâbi for the film “Lamora” by Mohamed Ismaïl, the Best Actor Prize to Rabii Aklim in “The Punch” by Mohamed Amine Mouna, the Best Actress Award to Hind Sabri in “Nora” and the Jury Prize to the film “The Punch”, then a special mention to actor Tarik Boukhari. For the short film category, the Prix de l’Orange went to “Skin”, the Prize for best director to “Sticker” and the Prize for best screenplay went to the short film “Nechba”. Despite the exceptional conditions in which it took place, the festival managed to materialize some of its activities, including the tributes paid to the director and producer Naoufel Berraoui and to the director and writer Mariame Aït Belhoucine, including the book “Cinema in Morocco was signed and presented during this edition. Similarly, debates around the cinematography sector, poetry readings and musical escapades with the Palestinian musician Tim Zaïd were organized. Not to mention the tributes paid to the representatives of the local authorities who contributed to the success of this sixth edition of the Saïdia Film Festival “Cinema without borders”.