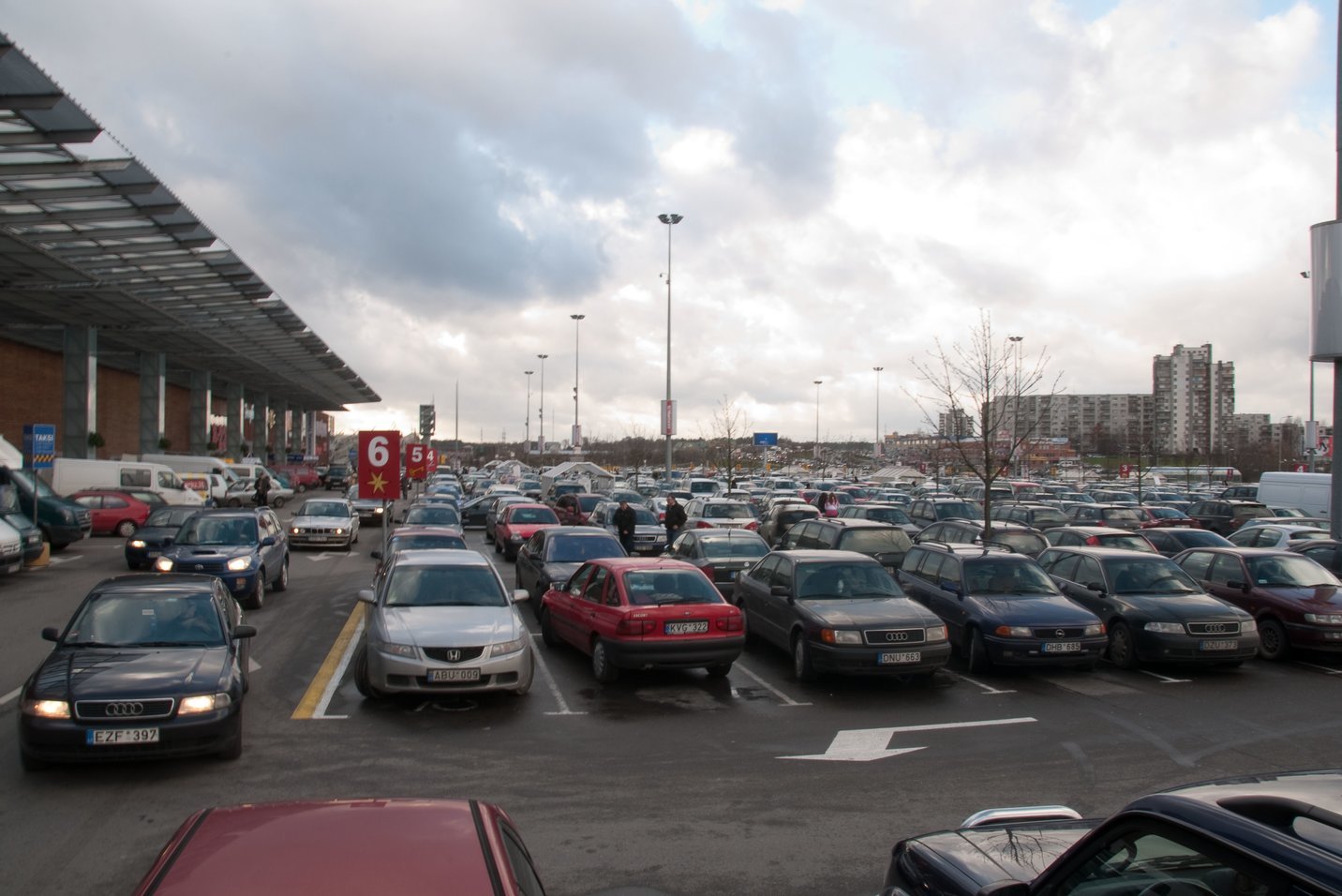 According to AutoTyrimų, in December alone, 11.8 thousand people were registered in the country for the first time. used cars – 21.9 percent. more than in December 2020. There were 11.4 thousand personal cars. and light commercial 439.

In December, the largest number of cars registered in the country were Volkswagen (1.8 thousand), BMW (1.4 thousand) and Audi (1.1 thousand). The average age of used cars registered for the first time in Lithuania was 10.5 years. The share of diesel cars was 66.3 percent. (70.2% in December 2020).

Last month, 14.6 thousand people in Lithuania changed. 18.1 percent of used car owners. more than in December 2020. There were 14.1 thousand changes in the owners of private cars and 526 in the case of light commercial vehicles.

Car sales in the European Union fell to new lows last year, according to industry data released on Tuesday.

According to the European Automobile Manufacturers Association (ACEA), new car registrations in the EU shrank by 2.4% in 2021. up to 9.7 million units, the worst figure since data collection began in 1990.

Meanwhile, in 2020, a historic 24 percent was already recorded. The decline in sales caused by the restrictions of the pandemic, when new car registrations in the EU fell to 3.3 million. units below pre-pandemic levels in 2019.

The shortage of semiconductors was the main reason for the halt in the industry.

“This decline was due to a shortage of semiconductors, which had a negative impact on automotive production throughout the year, but especially in the second half of 2021,” ACEA said.

Car manufacturers initially underestimated the impact of the chip shortage, but in the end it forced them to slow down production or even temporarily shut down factories.

EU car sales grew strongly in the second quarter, but were down about 20 percent for most of the second half.

“The beginning of 2022 will remain difficult due to the supply of chips,” Alexandre Marian, an analyst at AlixPartners, told AFP.

“The situation should improve in the middle of the year, but that does not mean that there will be no other problems – shortages of raw materials, supply chains or labor,” he added.

The shortage of chips is a consequence of the pandemic, as their manufacturers have been forced to reduce volumes due to quarantine and high numbers of sick workers, as well as increased demand for electronics during the pandemic.

In addition, the pandemic has also led to a sharp rise in the prices of many raw materials, and labor shortages have been felt in some areas.

Sales in Germany fell by a tenth

If the French, Italian and Spanish markets grew slightly last year, it is 10.1%. the recession in Germany has reduced the overall EU rate.

Germany is by far the largest car market in Europe, accounting for a quarter of all sales last year, with more than 2.6 million. means of transportation.

Compared to other key markets, which have seen a stronger recovery from the pandemic crisis, the EU has performed worse.

The Chinese car market grew by 4.4 percent last year and the US by 3.7 percent.

Declining sales in the EU may also reflect “a sharp rise in the average price of cars, as well as consumer expectations for electric cars, forcing them to delay purchases and keep their current car longer,” analysts at car data analysis company Inovev said.

The decline in sales in the EU has been recorded by all three major European carmakers.

Volkswagen did best, but sales fell 4.8 percent. up to 1.4 million cars, the manufacturer’s market share fell to 25.1 percent.

Sales of the Stellantis, created by merging the Italian Fiat group and the French Peugeot-Citroen, fell 2.1 percent. up to 2.1 million units. This means that the company’s market share rose to 21.9 percent.

Renault Group recorded 10 percent Sales of the same-name brand fell 16 percent, while sales of the cheaper Dacia and the sporty Alpine brand rose.

The number of vehicle registrations manufactured by BMW in Germany rose 1.5 percent, but sales of Daimler, which owns the Mercedes and Smart brands, fell 12.4 percent.

The Korean group Hyundai, which owns both the Hyundai and Kia brands, has strengthened its position as the fourth largest carmaker in the EU, increasing sales by 18.4%. to more than 828 thousand. cars.

Data provided by ACEA members do not include sales of US electric vehicle maker Tesla.

Sales are also not broken down by petrol, diesel and electric cars, which are presented in a separate quarterly report.