Samokat founders raised $ 46 million in a US food delivery startup 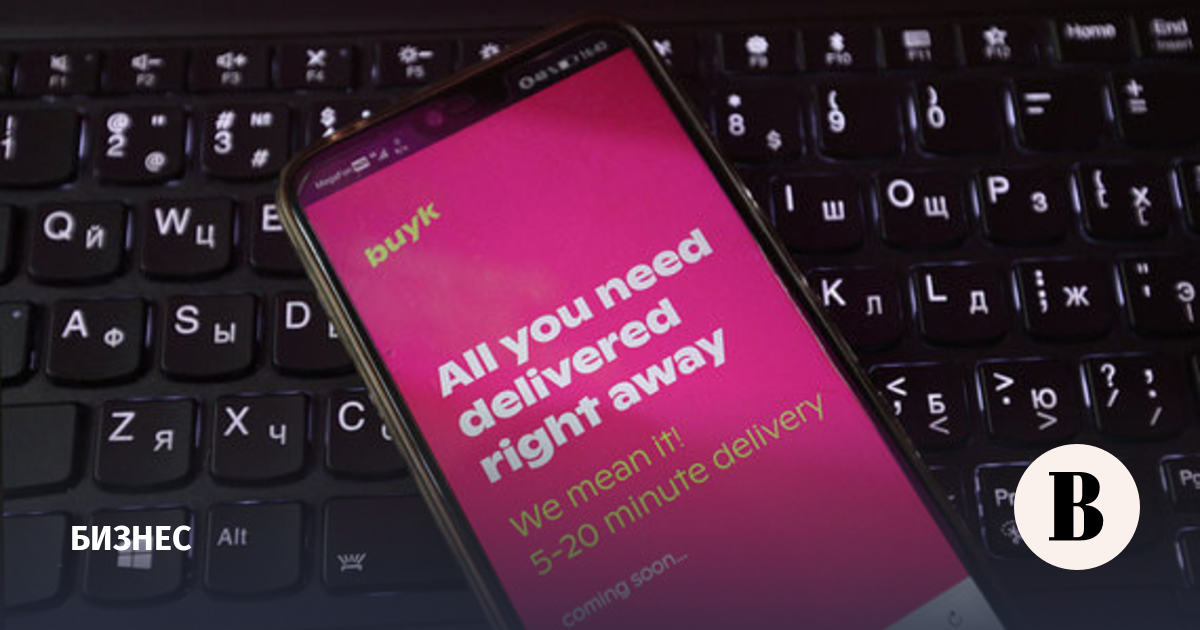 Fort Ross Ventures, Citius, CM Ventures became the main participants in a round of investments totaling $ 46 million in the Buyk grocery delivery service created by Samokat founders Vyacheslav Bocharov and Rodion Shishkov, as well as Sergey Sulgin, CEO of Arrival Solutions. Also unnamed international business angels participated in the round.

Buyk will become an analogue of Samokat in the American market, the service will use technologies developed in Russia there: it will build a dark store infrastructure that will allow delivering orders in 15 minutes. The company begins operations in New York. Express delivery is in demand there, but so far there are no serious players in this segment, Shishkov said. The company intends to become one of the leading players in the American market, he added.

According to the results of the round, CM Ventures and Fort Ross invested $ 15 million, Citius and international business angels – another $ 16 million, the funds themselves specified.

“We believe there will be at least one over $ 50 billion 15-minute grocery and home goods delivery company on the US market over the next 7-8 years to compete with the many popular convenience stores in the US,” – says Orlovsky.

Citius founders, according to Crunchbase, are Oleg Gordienko and Temur Turdibekov. The co-founder of CM Ventures is Vahan Hranyan, who previously worked at Goldman Sachs and USM Holdings, according to LinkedIn. There, he was in charge of investing in tech startups, according to his spokesman.

The international market is already being mastered by some of Samokat’s competitors. In April 2021, Yandex.Lavka announced plans to start operating in Paris and London under the Yango Deli brand. Even earlier, in November 2020, the company began operating in Israel. Other companies do not have such plans, they are still focused on the Russian market. Utkonos, according to a company representative, focused on the Russian market, in particular, in Moscow and the Moscow region. Sbermarket is also still focused on the Russian market. The volume of online sales of FMCG products in 2020 amounted to more than 150 billion rubles, while it still accounted for only about 0.8% of the total turnover of grocery retail, says a company representative. He clarifies that, according to analysts, in the coming years, this segment will grow exponentially.

The American food delivery market is much larger than the Russian market, less consolidated, and customers there are more solvent, so there are prospects for development, says Mikhail Burmistrov, general director of Infoline-Analytics. Although a large number of such startups operate there, the coverage of the territory with the possibility of ordering in 15 minutes is lower than in Moscow and St. Petersburg, he adds.

Read also  An HDMI 2.1 bug has been disclosed that causes a black screen on the Xbox Series X and GeForce RTX 30 cards

Such a delivery model as that of Samokat is certainly interesting and will develop in the American market, says Alexei Soloviev, founder of A.Partners investment company. However, the leader in this market will eventually be the company that will have access to the largest volume of finance. Most likely, it will be an American company, and not a company from Russia, he said.