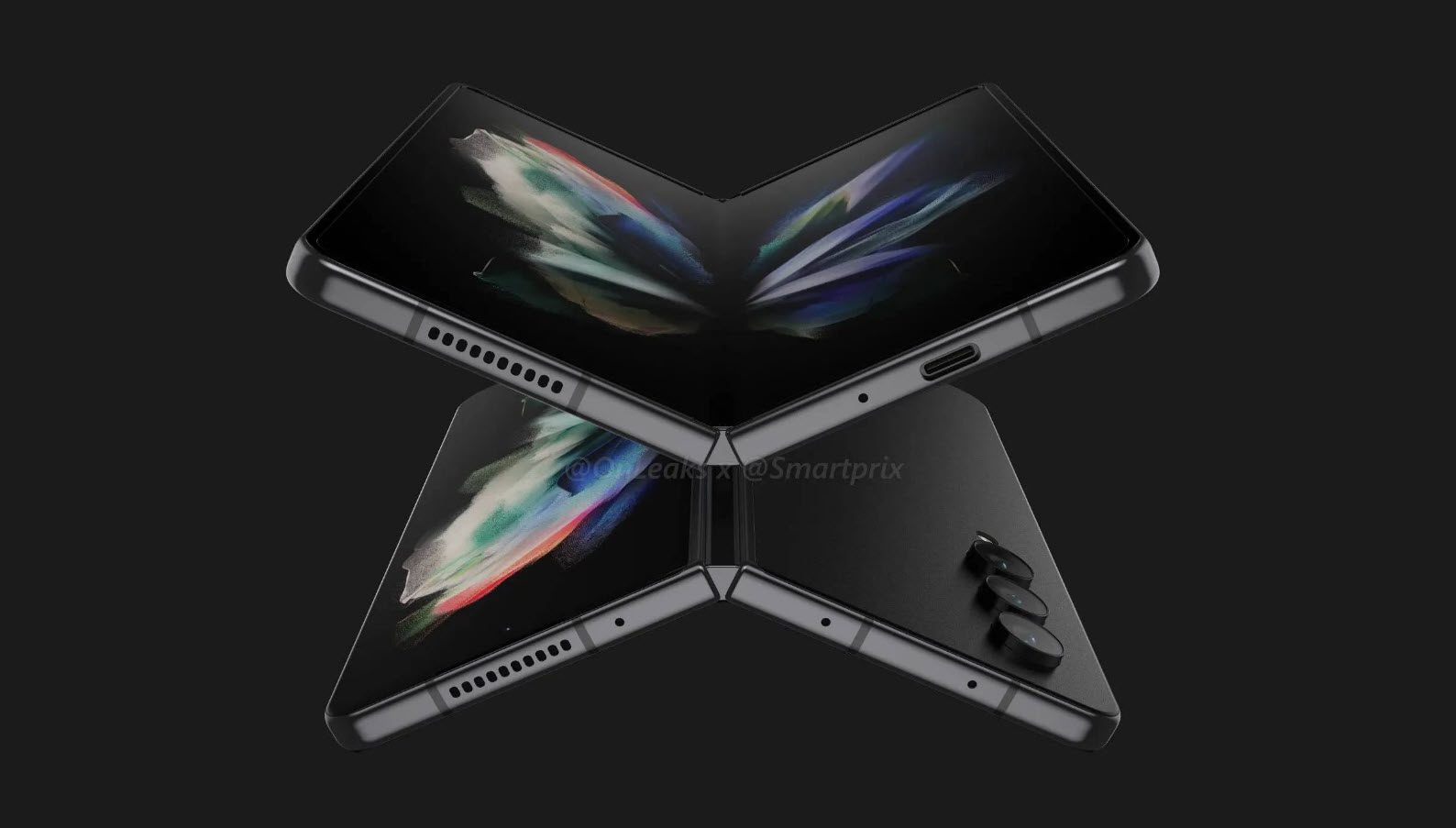 Samsung Galaxy Z Fold 4 has had a few leaks so far, but only today appears in the first product renderings. They come from the SmartPrix and OnLeaks rumors and have excellent quality, being convincing and in line with what I already knew.

We start with the main change, namely the design of the rear camera, which brings with it the one on the Samsung Galaxy S22 Ultra. It’s not just about the look, because we also get a new main sensor, the 108 megapixel one on the flagship. There is no periscope camera here and no massive photo module, the camera lens comes straight out from behind. In addition to the main camera, we also get a telephoto camera with 3X optical zoom, probably the one on the S22 or S22 +.

The cover screen will measure 6.2 inches diagonally, just like last year’s model. There are no major changes for the internal screen, 7.6 inches, only now it will have a more square format. Open, the phone measures 155 x 130 x 7.1 mm, and the internal screen has a 23: 9 aspect ratio. The selfie remains hidden under the main screen, a version with a sensor superior to the 4 MP one from 2021. The external selfie is cut in the screen, in a dedicated hole.

Foldable phone It will also bring a Qualcomm Snapdragon 8 Gen1 + processor, expected to debut in July. The list is completed by a 4440 mAh battery with 25W charge. The debut of the phone takes place in August 2022, with a hinge with a single folding mechanism, not dual as before. It’s still unclear if we’re getting an S-Pen slot.