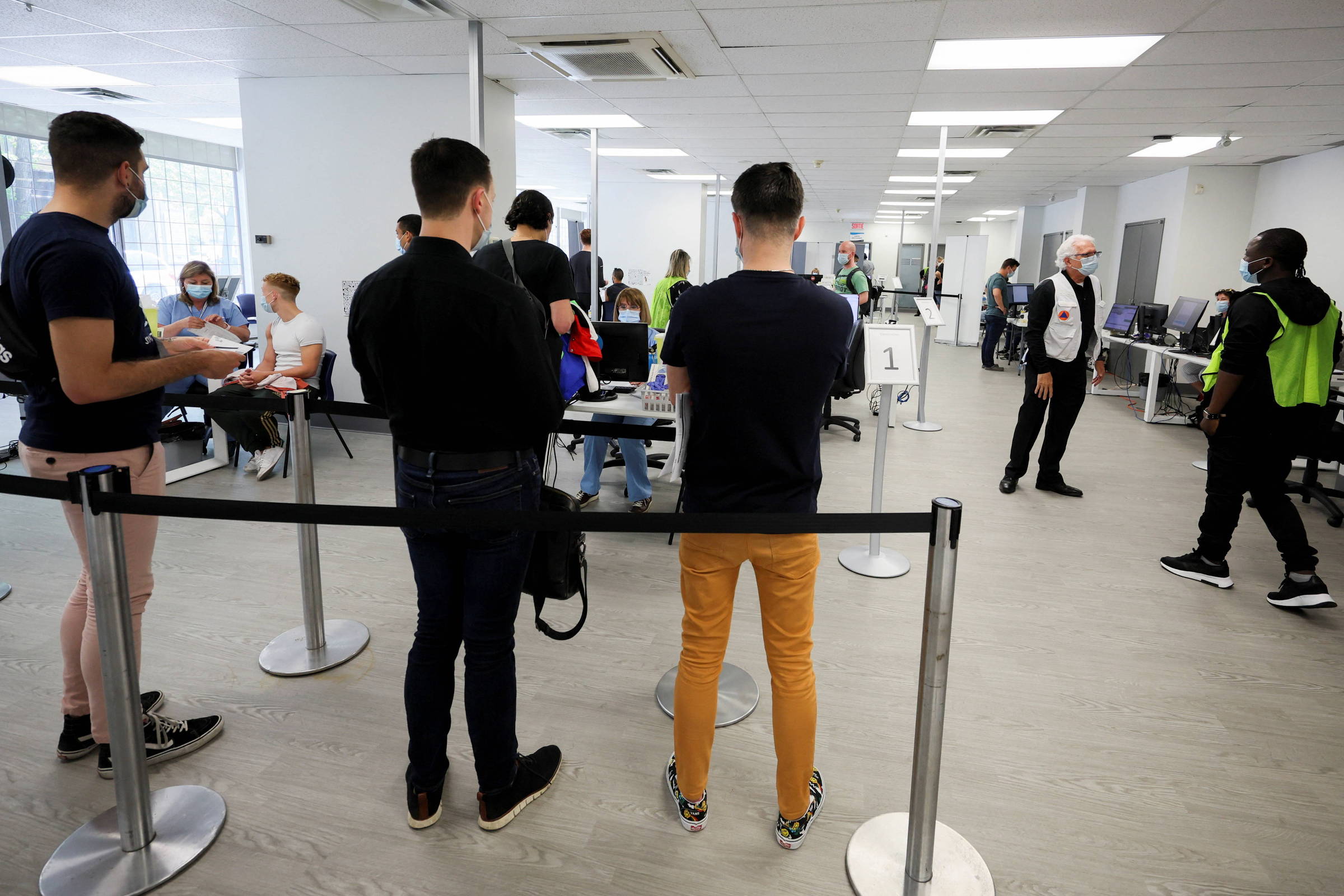 When the first cases of monkeypox were identified in early May of this year, European health authorities were baffled. The virus was not known to spread easily between people, let alone infect dozens — and soon hundreds — of young men.

The origins of the outbreak are now becoming clearer. Genetic analysis suggests that although the virus has been spreading rapidly in the open, it has been silently circulating among humans for years.

Health officials have already identified two versions of monkeypox among patients in the United States, suggesting at least two different chains of transmission. Researchers in several countries have found cases with no known source of infection, indicating undetected community spread.

And a research team said in May that monkeypox had already crossed a threshold for sustainable person-to-person transmission.

The genetic information available so far has indicated that at some point in the past few years, the virus has improved its ability to spread between people, said Trevor Bedford, an evolutionary biologist at the Fred Hutchinson Cancer Research Center in Seattle.

If the virus adapts to include humans as a host, monkeypox outbreaks could become more frequent and more difficult to contain. This carries the risk that smallpox will spread from infected people to animals — likely rodents — in countries outside Africa that have struggled with this problem for decades. The virus can persist in infected animals, sporadically triggering new infections in people.

“We can also transmit it back to animals, which can spread the disease in wildlife and back to humans,” said Sagan Friant, an anthropologist at Pennsylvania State University who has studied human-animal interactions in Nigeria for about 15 years. .

The longer it takes to contain the virus, the more likely it is to find a new permanent home in people or animals, Friant said.

Last Wednesday (22), the United States identified 156 cases in 23 states and the District of Columbia. The global number has surpassed 3,400 confirmed cases, and another 3,500 cases are being assessed, tripling the numbers from two weeks ago.

In Africa, eight countries reported more than 1,500 suspected cases and 72 deaths as of June 10, most of them in Congo.

Monkeypox is a large, double-stranded DNA virus, about seven times larger than the coronavirus. DNA-based viruses can correct their own mistakes when they replicate their genetic material.

They may only have one or two mutations a year, compared to 20 to 30 mutations for an RNA virus such as the coronavirus.

But the monkeypox virus appears to have accumulated an unexpectedly high number of mutations — nearly 50 compared to a version that circulated in 2018, according to preliminary analyses.

Of the 47 mutations identified in an analysis, 42 contain the clear signature of an enzyme called Apobec3. This enzyme, discovered by researchers studying HIV, is called host defense factor — a weapon of the immune system that animals and people use to disarm viruses like monkeypox.

News of the day

Receive daily in your email the main news published in Folha; open to non-subscribers.

The enzyme basically forces viruses to make mistakes when they try to replicate, causing them to self-destruct. Mice have only one version of this enzyme, while humans have seven. The rapid accumulation of mutations, characteristic of the enzyme since 2018, suggests that monkeypox may have switched to people as its host at that time, Bedford said.

It’s unclear how mutations can alter the virus. Of the 48 mutations identified in Britain, 21 can affect how the disease spreads, its severity and how it responds to a treatment called tecovirimat, according to the UK’s Health Safety Agency.

But because the mutations introduced by the Apobec3 enzyme are meant to damage the virus, their numbers alone are not of concern, said Michael Malim, a virus specialist at King’s College, London, who discovered Apobec3 in 2002. The effect of the mutations is “most likely debilitating,” he said. Comparing the current version of the virus with samples from the past few years can help to understand how it has evolved, but this information is scarce. Nigeria did not have the capacity to sequence genetic material until 2017.

Since then, scientists in the country have analyzed the sequences of about 50 cases of monkeypox, according to Dr. Ifedayo Adetifa, director of Nigeria’s Center for Disease Control. Without specialized equipment or the knowledge needed for a quick analysis, however, the scientists have not yet completed the work, he said.

Although the researchers have received several requests for data from outside Nigeria, Adetifa said she will wait to publish her work to prevent more resourceful teams from outmaneuvering them and taking credit.

“I’m all for open data sharing and all that,” he said. “The question is, who benefits?”

Some experts have warned for years that the eradication of smallpox in the 1980s left the world vulnerable to the wider family of poxviruses and increased the chances that monkeypox would evolve into a successful human pathogen.

In West Africa, the incidence of monkeypox has increased at least twentyfold since 1986. In African countries in general, Adettifa said, “we suspect some underreporting because there was relatively low awareness and perhaps low perception of the risk of monkeypox.” . Nigeria is stepping up surveillance, and the number of cases could increase as more people become aware of the virus, she added.

Although monkeypox has a distinct rash that appears on the palms of the hands and soles of the feet, it is often confused with smallpox. Many men in the current outbreak have genital lesions, but they can be confused with sexually transmitted infections such as syphilis, gonorrhea and chlamydia.

Researchers in Italy and Germany have reported findings of monkeypox DNA in human semen, but it is unclear whether the virus spreads this way or is only present in semen and vaginal secretions.

Britain’s experience indicates how complicated it can be to trace contacts of a virus that can be transmitted sexually, especially in cases where infected people have had multiple anonymous partners. In an initial analysis of a subset of cases, officials said they were able to obtain the names of less than a third of the 78 reported sexual contacts.

Many cases in Africa have been attributed to contact with wild animals or the use of animal products for medicinal or cultural practices.

As deforestation and urbanization bring people and animals closer together, more viruses could jump into human hosts. Monkeypox is more likely to pass from rodents to humans.

There are around 2,000 rodent species worldwide, making up 40% of all mammal species. The African rope squirrel is a leading candidate for a primary reservoir of smallpox, but there are other candidates, including striped mice and voles, giant rats, rust-nosed rats and porcupines. brushed.

In a 2003 outbreak in the United States, a shipment of Gambian rats imported from Africa transmitted smallpox to prairie dogs, which infected 71 Americans. But authorities found no signs of the virus in animals in the United States after the wave of cases ended.

There is no guarantee that we will be lucky this time. “These spillovers from other species, what they mean and what the trajectory is are very unpredictable,” Malim said. “And this is happening more and more.” 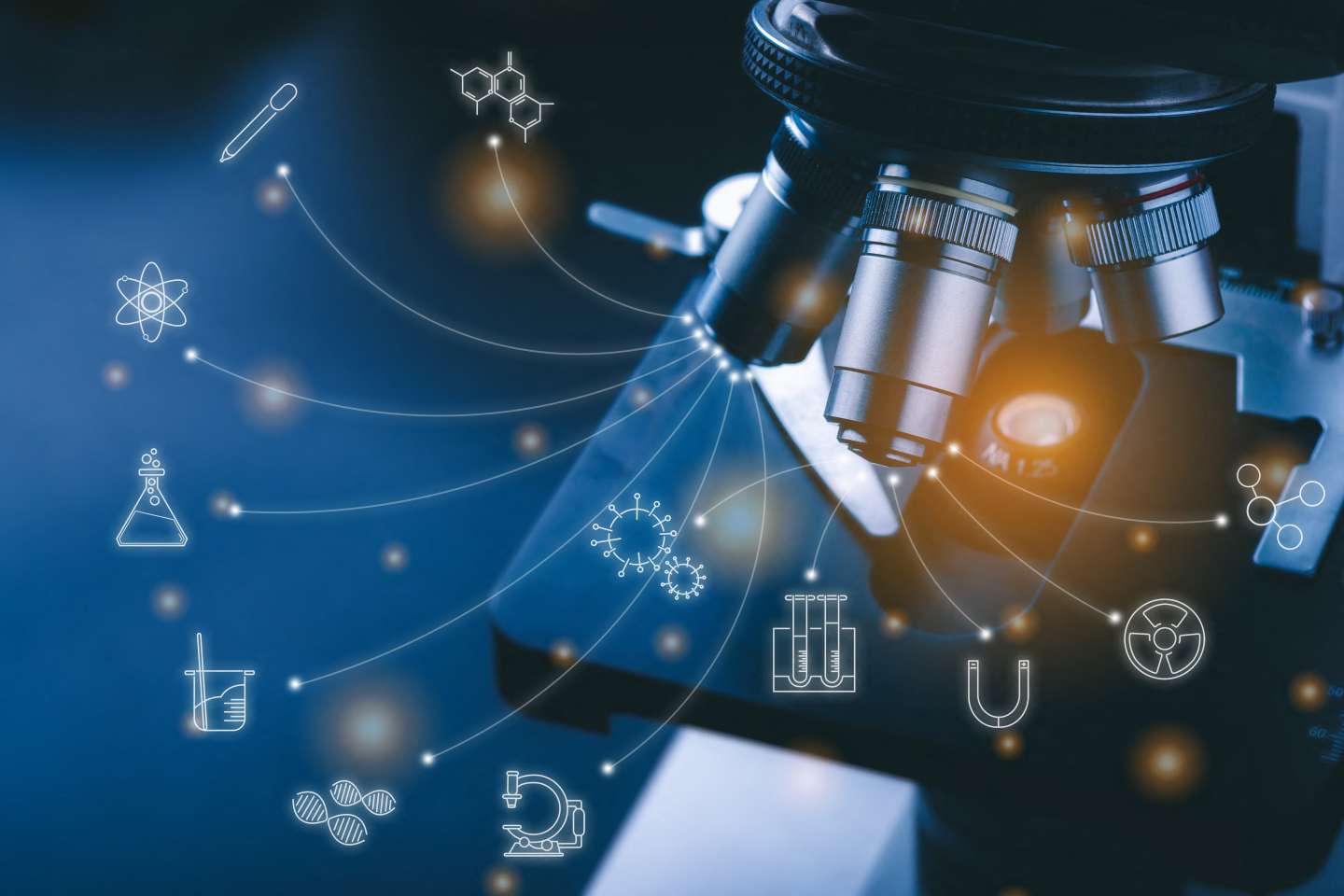 the cost of scientific publications in open access is rising sharply

Ampomah near Düsseldorf before being thrown out – liga2-online.de 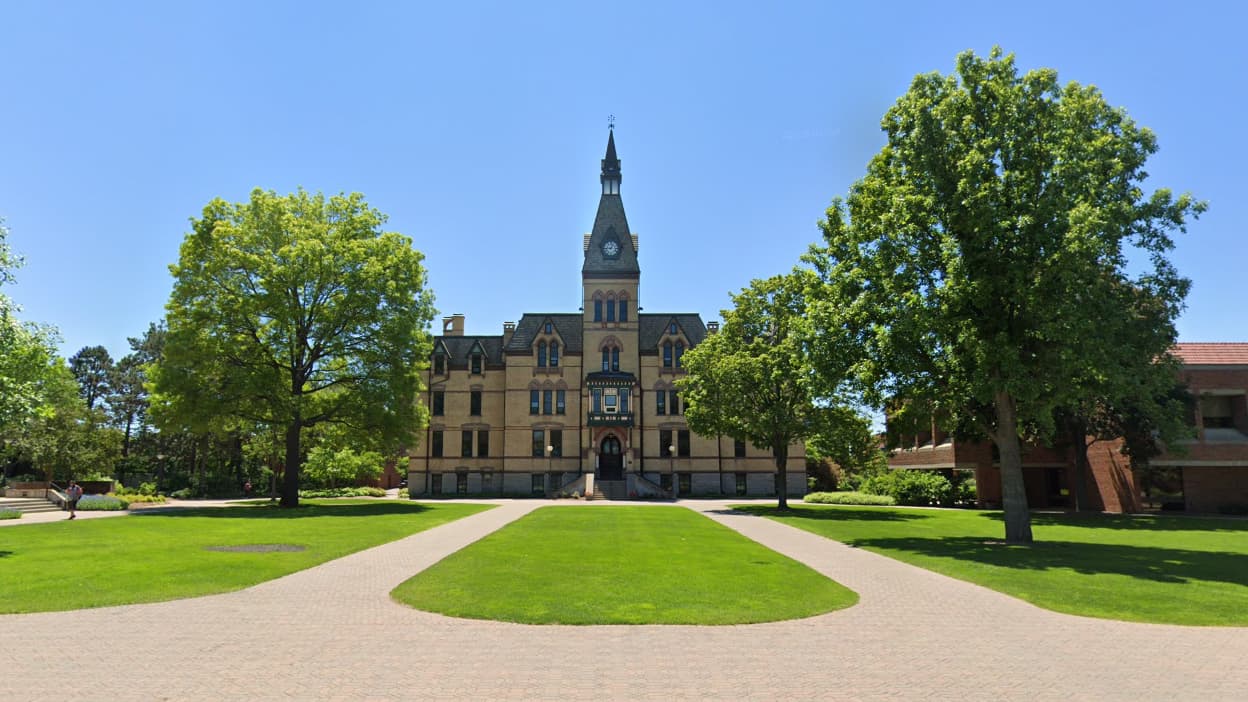 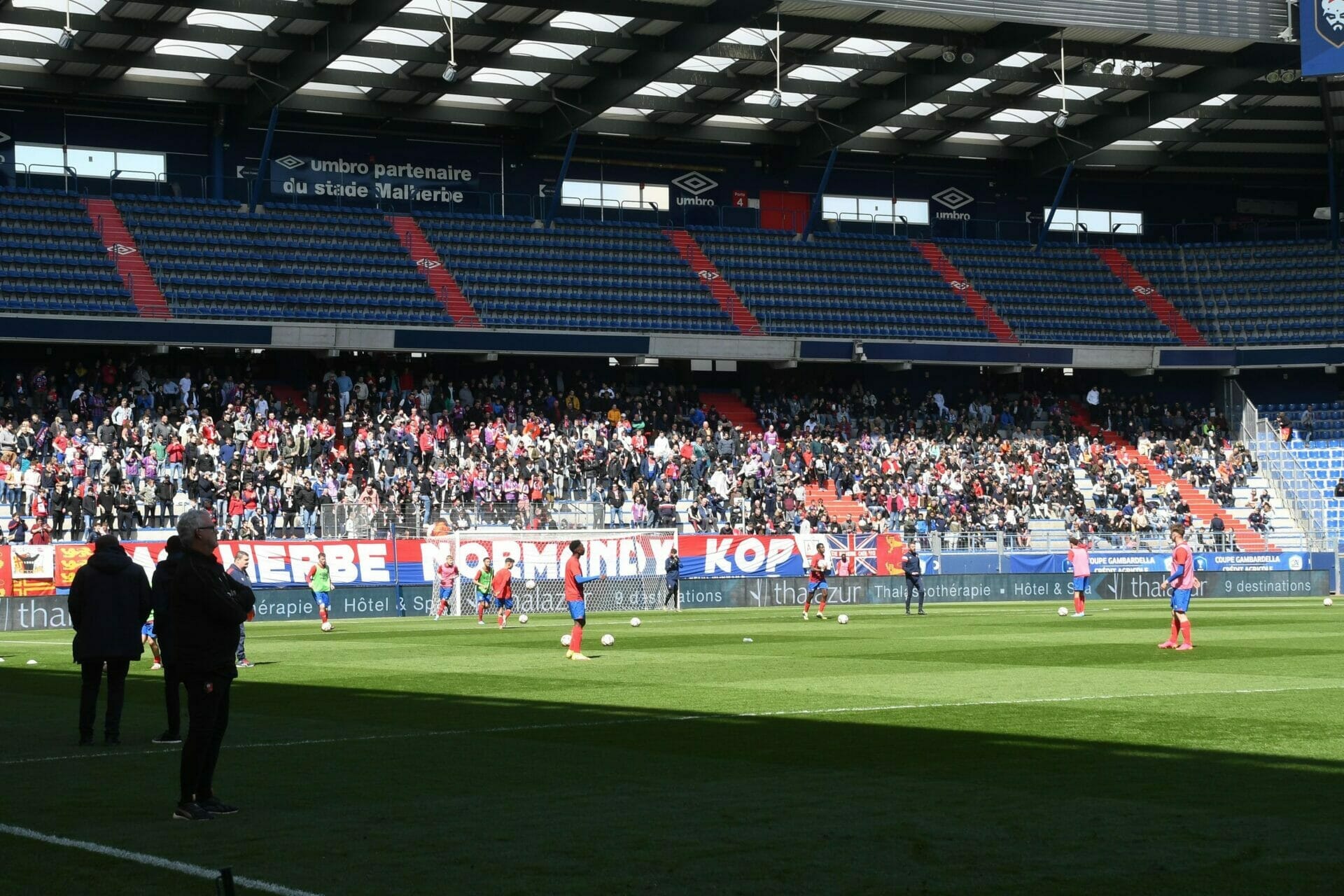 Health system: it cracks all over the world