Seeing the Sun from a Very Close Distance

Home » Health » Seeing the Sun from a Very Close Distance 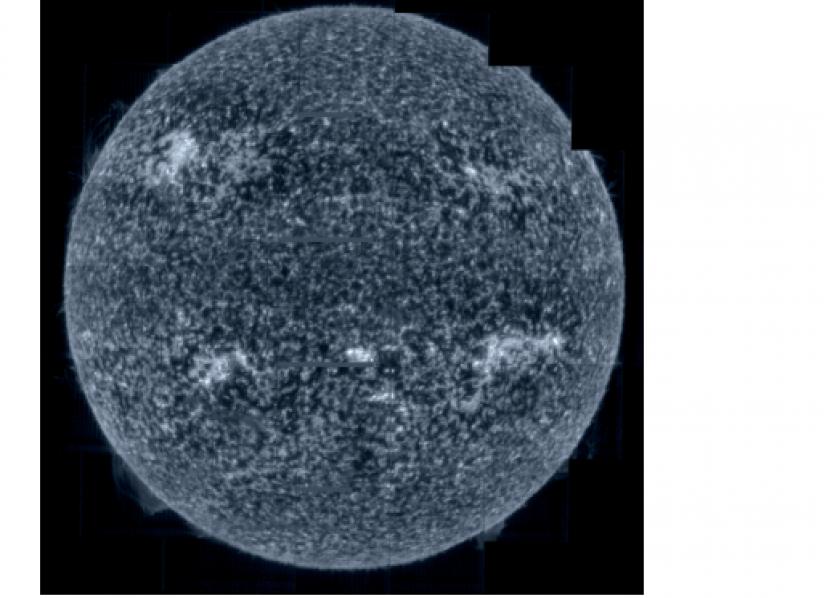 NASA and ESA managed to photograph the sun with a size of 83 million pixels.

REPUBLIKA.CO.ID, JAKARTA — The European Space Agency (ESA) and the American Space Agency (NASA) managed to photograph the Sun with the highest resolution. The resulting photo is a full disk, outer atmosphere and corona ever taken from the Extreme Ultraviolet Imager (EUI).


Another image, taken by the Spectral Imaging of the Coronal Environment (SPICE) instrument represents the first full Sun image of its kind in 50 years. So far, this image is the best. The photo was taken at the Lyman-beta wavelength of the ultraviolet light emitted by hydrogen gas.

The image was taken when the Solar Orbiter probe was about 75 million kilometers away, halfway between our world and its parent star. Solar Orbiter is an international co-operation space mission between ESA and NASA.


The EUI high-resolution telescope takes images with such a high spatial resolution that at such close distances a mosaic of 25 individual images is required to cover the entire Sun. Images were taken one after another, the full image taken over four hours as each mosaic took about 10 minutes, including time for the spacecraft to point from one segment to the next.


In total, the final image contains more than 83 million pixels in a 9148 x 9112 pixel grid. In comparison, this image has ten times better resolution than a 4K TV screen can display.


The EUI imaged the sun at a wavelength of 17 nanometers, in the extreme ultraviolet region of the electromagnetic spectrum. This reveals the Sun’s upper atmosphere, the corona, which has a temperature of about 1 million degrees Celsius.