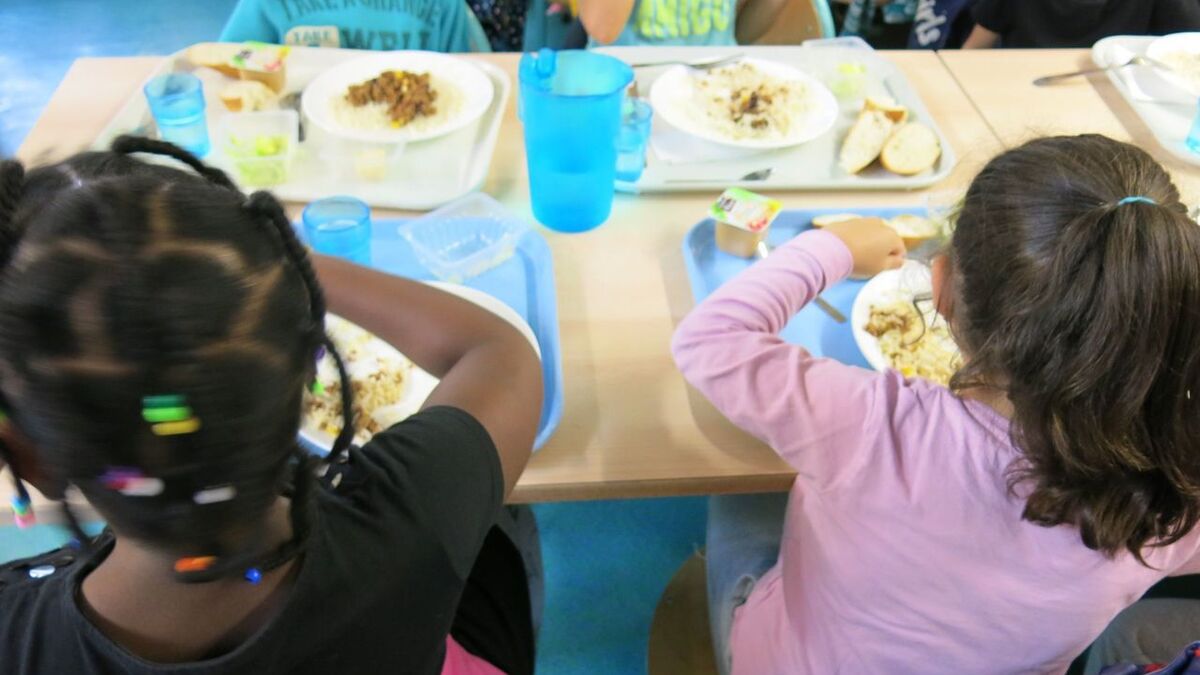 This will soon be a legal obligation. In 2022, 20% of the products served in school canteens must come from organic farming. The measure may seem unambitious given the efforts already made by several cities in Seine-Saint-Denis.

At the forefront of which Montreuil, which will offer at the start of the school year 70% organic components in its meals (compared to 30% last year). It will now do better than Le Bourget (UDI) which has been serving 50% organic products to its schoolchildren for several years.

The communist municipality will thus pay out €400,000 more by the end of December for its 8,500 half-board schoolchildren, without affecting the families’ wallets. A strong political message six months before the municipal elections.

Like Montreuil, many municipalities highlight the choice of organic in their school catering. Especially on their website. Drancy boasts “57% organic fruit and vegetables” for its schoolchildren. Aulnay talks about his “organic bread”, Le Blanc-Mesnil about “many organic products served each month”.

In others like Aubervilliers, nothing is mentioned. On the college side, the department only specifies that it will increase from 10 to 30% of “organic or local products” this fall. And in high schools, the region has announced that it will spend 21 cents more per meal this year in order to use “primarily regional organic products”, without specifying what share these products represent on the plates of high school students.

A strong concern of parents

Pupils’ parents are in any case interested in the question in view of the many collectives created, among other things, on this subject: “Cantine Nouvelle” in Montreuil, “Aubervilliers, my plate, my health”, “Pas factory, we cook” in Romainville. In Pantin, a father even launched the “Pantin canteen observatory”, which checks each month whether the share of organic food served in schools corresponds to the town hall’s commitments (around 25%).

“Until then, it’s been pretty well respected,” says Laurent, its creator. Even if in terms of product diversification, it’s pretty mediocre: lots of yoghurts, never fruit or meat. It’s necessary to be vigilant. Especially since in Seine-Saint-Denis, most children cannot afford to eat organic food anywhere other than in the canteen. »

Meat, the most expensive

“Meat is the most expensive thing to offer organically,” admits Alexandre Benhaïm, president of Siplarc, the intermunicipal union that manages the canteens of Bondy and Noisy-le-Sec. (10,000 meals per day). Siplac, which offers 25 to 30% organic products on a daily basis, is aiming for 50% by 2020.

This forces it to find solutions so as not to increase the costs for the town halls. “We have just switched to 100% organic dairy desserts, it costs us €100,000 more per year, illustrates the manager. We therefore sought to save money elsewhere: on the rent or the reduction of over-packaging. Small individual camemberts, for example, cost 10 to 15% more than a large cut in eight. Savings that are also good for the planet.

It is the largest intermunicipal union in collective catering in France. Siresco, which manages school catering in 19 municipalities in the Ile-de-France and Oise – including six in Seine-Saint-Denis * – is in the crosshairs of several groups of parents of students in 93 and Val-de-Marne.

“Aubervilliers, my plate, my health”, “No factory, we cook” in Romainville, “Arcueil, good on my plate”, “Champigny, no trays on my plate”, “Eat well in Choisy” launched petitions to ask the union – which they accuse in particular of having recourse to many food additives and processed products – to review its practices.

A report from the magazine Envoyé Spécial, broadcast last fall on France 2, thus showed its lack of transparency on the origin of its products, or menus changed at the last minute.

The union also made a bad buzz last February by serving moldy lasagna in canteens in Val-de-Marne). The city of Aubervilliers is also considering leaving it to create its own central kitchen;

The union, whose central kitchens are based in Bobigny and Ivry (Val-de-Marne), ensures that it is making efforts to improve its services. “We offer 21% organic products and we no longer serve suspect additives,” insists Frédéric Souchet, its managing director. Moreover, we are going to launch a new website at the start of the school year which will detail all the components of the food served in our canteens. »