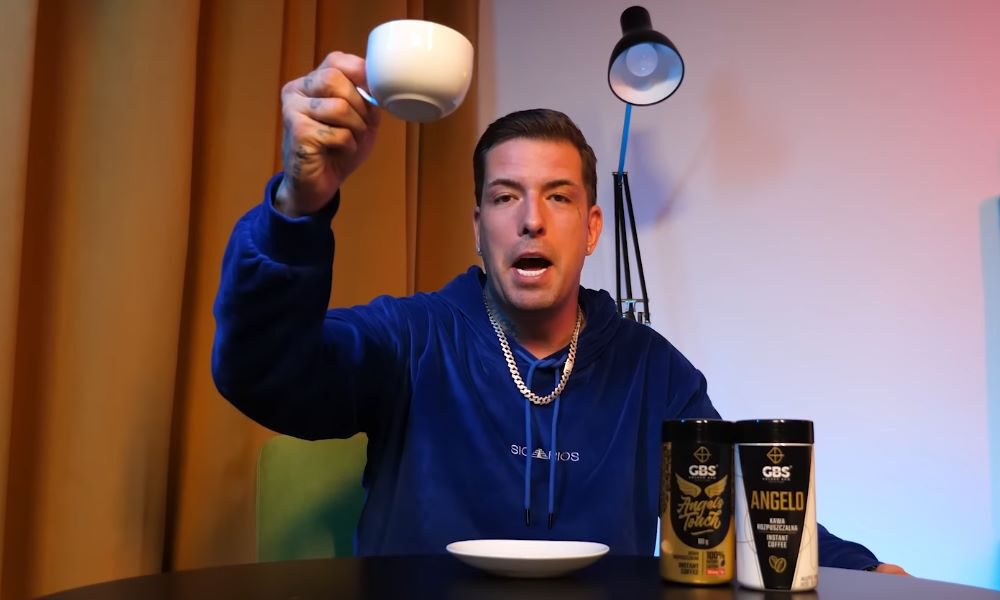 Contrary to previous reports, Sentino has again started working with the coffee producer GBS. Today, an official video ad with the rapper in the lead role was released.

A few days ago, Sentino announced that he was supposed to advertise GBS and Fame MMA coffee, but the stakes were so small that he decided not to cooperate. The obstacles were, among others, his controversial statements on the web about other people. Today, an official GBS advertisement from Sentino appeared on the youtuber channel ebe ebe.

Sentino returning from Diho Dino with GBS coffee and a Boxdel who envies his white teeth? – Midas – summarizes the rapper briefly. The 30-second video is not only an advertisement for GBS, but also for the Fame MMA organization. You can get a 25% discount after entering the code “FAME25” in the coffee producer’s shop.