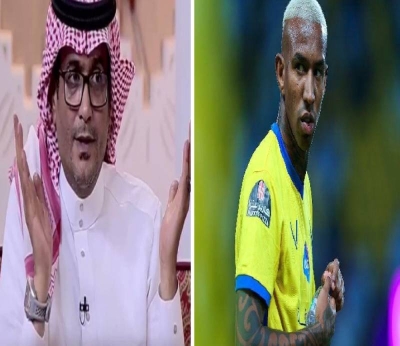 Talisca said, during a tweet that he posted on his official account on Twitter: “Where are the victory players? The choice seems as if the opponent only has one player from the opponent.”

Al-Bakiri responded to the player’s tweet, saying: “Talisca shut up, it is not your business that some people remain silent, the first of which is the Al-Nasr management over the intervention of its Brazilian professional… regarding our national team in that provocative manner. The call to stir up public opinion about the team and its players.”