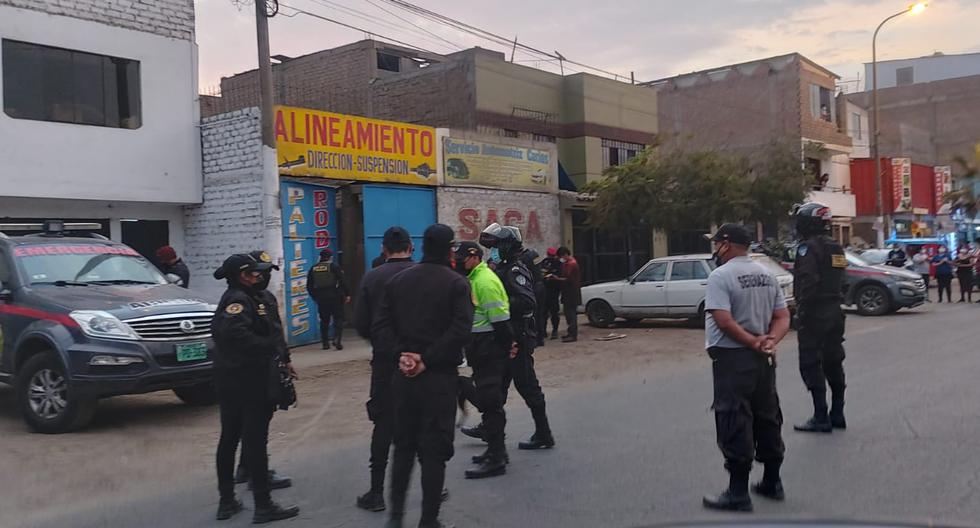 Two hitmen dressed in black broke into a mechanic shop on the afternoon of October 29 and shot the owner of the business and his worker to death. Happened in San Juan de Lurigancho (SJL). The criminals fled aboard motorcycles that were waiting for them a block away, the National Police reported.

This new double crime occurred at 5:45 p.m. at the ‘Carlos’ automotive workshop, located on Avenida Polonia, block F, lot 46, in the Los Pinos urbanization, where agents of the Eastern Emergency Squad 1 arrived, alerted by the neighbors.

LOOK HERE | Long holiday: the PNP reported that 5,000 traffic policemen will monitor the roads throughout the country

The guards requested help from a fire department ambulance, but the paramedic only limited himself to certifying the death of the victims, identified as Carlos Mancco Atausupa (57) and Roberto Saca Ari (50).

According to preliminary investigations by the Police, two men dressed in black arrived at the workshop and asked for the owner, the mechanic Mancco. The latter, fearing something, replied that he was not there and continued with his work.

The criminals went to the door and, apparently, crossed information, and after confirming that it was their target, they returned and shot the owner of the workshop in the head. They also did the same with Roberto Saca, his assistant.

The witnesses told the police that the hitmen left walking calmly and crossed a passage in the direction of the Social Security premises, where other accomplices were waiting for them on motorcycles.

Criminalistics experts and detectives from the San Juan de Lurigancho 1 Criminal Investigation Department arrived at the scene of the crime and took over the investigations.

Until the closing of this edition, the Police awaited the presence of the representative of the Public Ministry for the respective proceedings and the order for the internment of the corpses in the Morgue in Lima.