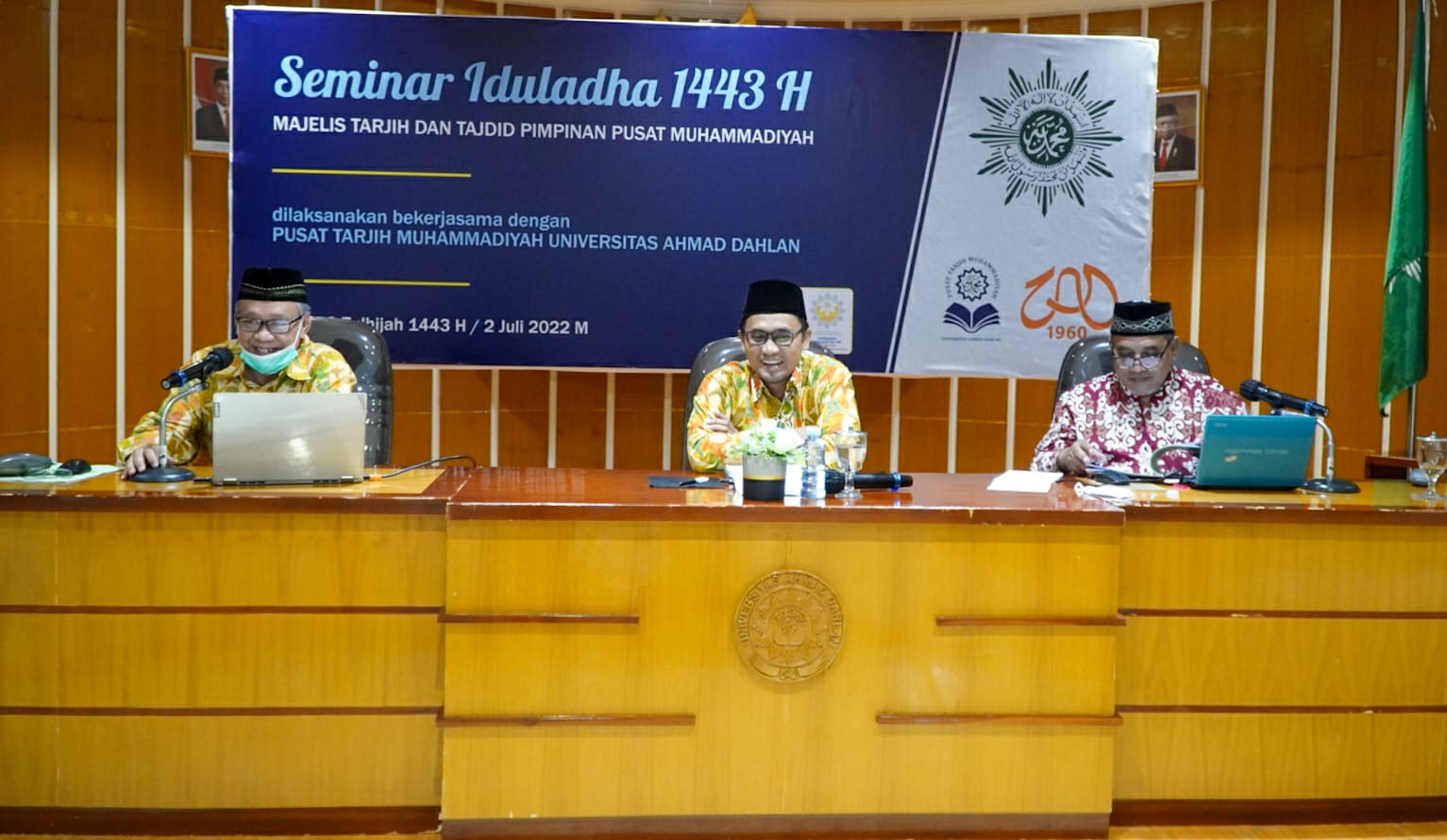 As a result of this difference in dates, various questions have arisen from the public, one of which is: what is the law on slaughtering sacrificial animals by attending Muhammadiyah on Saturday 9 July, while the Idul Adha prayer follows the government on Sunday 10 July?

In the Eid al-Adha 1443 Seminar on Saturday (02/07) at the Ahmad Dahlan University Islamic Center Mosque Hall, Head of the Fatwa Division of the Tarjih and Tajdid Council of PP Muhammadiyah Fuad Zein said that the case being asked was like slaughtering a sacrificial animal before performing the Eid prayer. According to Fuad, the provision of slaughtering the qurban must be done after the Eid prayer. A person who slaughters his sacrificial animal before the Eid prayer, then the sacrifice is invalid.

In a hadith it is mentioned: “O Messenger of Allah, I have slaughtered my goat before the Eid prayer. I knew that day was a day to eat and drink. I would be happy if my goat was the first animal slaughtered in my house. Therefore, I slaughtered him and I had breakfast with him before I prayed Eid al -Adha. ” The Messenger of Allah replied: Your goat is just an ordinary goat (but not a sacrificial goat). ” (HR. Bukhari no. 955).

In another hadith it is clearly mentioned: “Whoever slaughters before the ‘ied prayer, let him repeat it. And those who have not slaughtered, let him slaughter by saying ‘bismillah’. ” (HR. Bukhari no. 7400 and Muslim no. 1960).

Thus, it is highly recommended for Muhammadiyah members to follow the provisions that have been decided by the association. For those who want to follow government policies, that’s okay too. That is, there is no need to confuse these two provisions, because later they will violate other shari’a provisions.