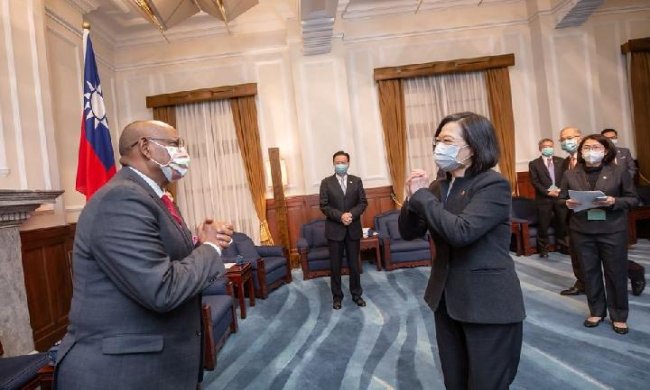 TEMPO.CO, Jakarta – Somaliland, a country that seceded from Somalia in 1991, has said it does not want to be dictated to by China in determining its foreign relations.

“We were born free and we will remain free. We will run our business the way we want. China cannot dictate, no other country can dictate,” Somaliland Foreign Minister Essa Kayd said on a trip to Taiwan Friday. February 11, 2022.

Somaliland has yet to gain widespread international recognition for its independence. The region is largely peaceful, while Somalia has been wracked by civil war for the past three decades.

Somaliland and Taiwan, which China claims as territory and are also diplomatically isolated, set up representative offices in their respective capitals in 2020, angering Beijing and Mogadishu.

Strategically located in the Horn of Africa, Somaliland borders Djibouti, where China built its first overseas military base.

China’s Foreign Ministry said this week that Taiwan was “fanning a fire to undermine the independence and unification of other countries, harming others without benefiting themselves” by hosting a delegation of senior ministers from Somaliland.

Somaliland’s Foreign Minister Essa Kayd said they are open to dealing with anyone who respects them as a sovereign nation and wants to do business without any strings attached or conditions.

“I think it’s as clear as I can do with China.”

Taiwan has been diplomatically evicted from Africa by China in recent years, with only eSwatini now maintaining full ties with the island.

China is increasing pressure on African countries not to engage with Taiwan. China and Taiwan frequently argue about using “dollar diplomacy” with loans and cash prizes in exchange for international recognition.

Somaliland’s Finance Minister Saad Ali Shire said his country had so far not submitted a request for debt to Taiwan.

“There is a flow of funds from Taiwan to Somaliland in the form of aid and investment, which we welcome.”