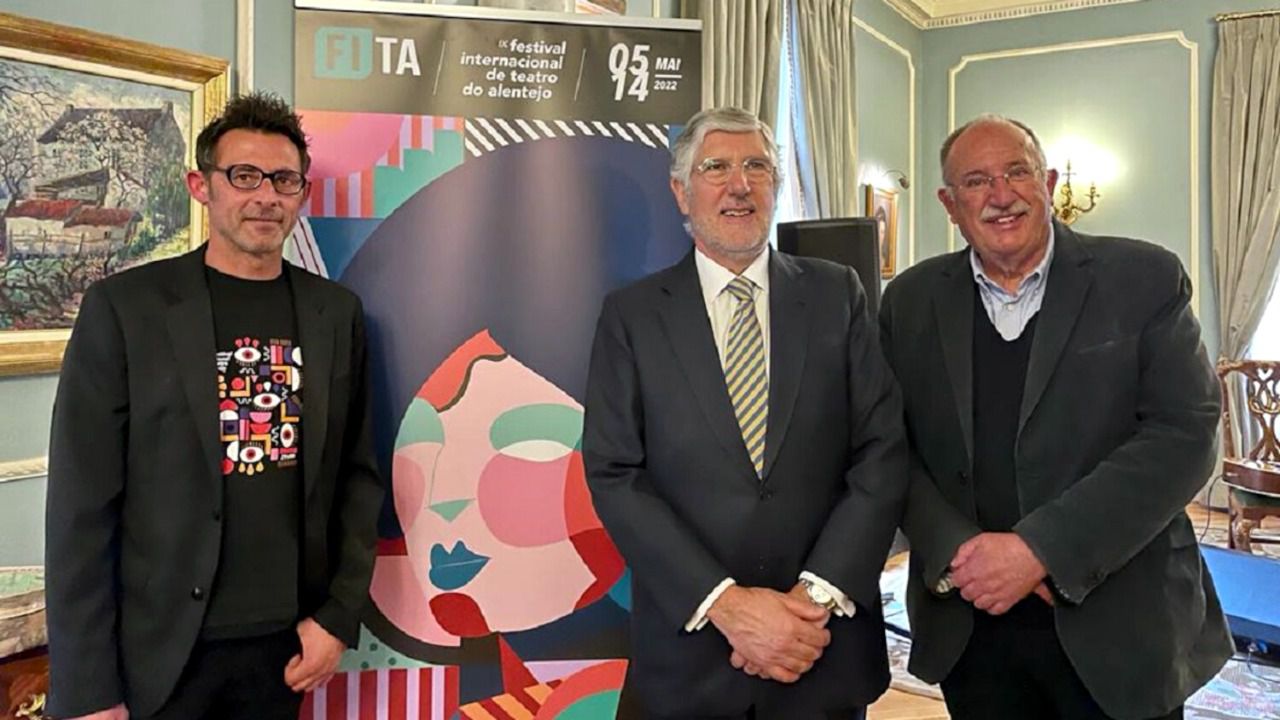 One of the most important events of the theater in the Iberian Peninsula returns. The ninth edition of the Alentejo International Theater Festival, which will be held in 11 locations in the Portuguese region between May 5 and 14, has a novelty this year, the participation of a guest country: Spain.

Its programming, as well as the distinguished participation of Spain, was presented at an event at the residence of the Ambassador of Portugal in Madrid, Hon. Mr. João Mira Gomes, in which the president of the Tourist Region of Alentejo and Ribatejo, Mr. Vítor Silva, and the artistic director of Lendias d’Encantar -organizing entity of the festival-, Mr. António Revez, also participated.

HE Mr. João Mira Gomes, highlighted the alliance with Spain, which will participate with five companies, and defined it as “a clear commitment to strengthening the internationalization of FITA and cultural exchange, through the creation of artistic links between the two countries of the Iberian Peninsula and its position in the context of Ibero-American culture”.

In statements by Vítor Silva: “It is an honor for us to celebrate this festival for yet another year, the largest theatrical event in southern Portugal, which unites an entire region around this art, showing the great heritage and cultural interest that characterize the Alentejo”.

For António Revez, “from the beginning, FITA was thought of as a decentralized festival, both in large urban centers and through different venues. We are enormously grateful that 11 municipalities once again trust in a cultural event like this, especially after a few difficult years for culture after the pandemic”.

The Alentejo International Theater Festival, which last year visited eight venues and represented a total of 30 shows by more than 70 performing artists from different parts of the world, seeks to give visibility and opportunities to contemporary emerging structures. In the words of Revés, “FITA encourages dialogue and encourages creators to participate, allowing a close and welcoming encounter between artists and the public.”

This year theater centers and companies from Portugal, Spain, Argentina, Brazil, Colombia, Ecuador, Mexico and Uruguay participate. Among the Spanish ones are: Atalaya (Theatrical Research Center of Seville), with the play ELEKTRA 2.5; the Classical Theater of Seville with Odisea de Magallanes and Elcano; the Galician Dramatic Center of Santiago de Compostela with Ás oito da tarde, cando morren as nais; the CEDAM (Extremaduran Center for Dance and Movement Arts), with FEMMES; and Lucía Trentini with Domestic Creatures (Spain and Uruguay).

FITA, the great theater stage in the south of Portugal

The Alentejo International Theater Festival offers a theatrical program of high artistic quality, which aims to contribute to the creation of audiences in the Alentejo region, both among residents and among visitors who are interested in this cultural attraction.

The festivity welcomes national and international professional theater companies, and divides its programming into two categories: one for the general public and the other for children and young people. The FITA also has an extensive parallel offer of concerts, workshops and conferences.