VALENCIA. The Valencia City Council has been increasing the personnel expense for the past four years. Without going any further, for this 2020 in the town hall budgets it has increased by 7.4% compared to last year to reach 305.5 million euros per year. The increase since 2015 in this item, when some 230 million euros were spent, is 32%. A trend that is repeated in the local public sectorThat is, in the entities dependent on the consistory, such as autonomous organizations and municipal companies.

Here the increase is calculated in more than 28%, according to the data collected by the municipal budgets. If in 2015 the item dedicated to personnel in the satellite entities of the City Council was almost 99 million euros, now exceeds 127 million. The data refers to the autonomous municipal bodies, such as the Board of Trustees of the Popular University, the Municipal Sports Foundation or the organization of Parks and Gardens, as well as own companies, such as Aumsa or EMT, and public business entities, such as the Mostra de València or the Palacio de Congresos. The foundations and the Mercavalencia joint venture are not included in the analysis.

In absolute terms, the largest increase occurs in the Municipal Transport Company (EMT), which presides over the mayor of Mobility, Giuseppe Grezzi. The rise in the public company is almost 18 million euros since 2015, although it is true that it is the entity with the largest budget, about 87 million euros this year. It is also perhaps where most of the opposition’s criticisms, such as those of the Popular Party, who has highlighted the “increase in the number of managers by 74% with Grezzi in the presidency, going from 31 to 85 people in the organization chart.”

So the rise in the EMT binds most of the overall increase by substantiating more than 60% of it. The rest of the organizations have experienced increases of between one and three million euros approximately. The greatest percentage increase occurs in the municipal urban company Aumsa, chaired by the mayor of Urban Development, Sanadra Gomez. At the consistory firm, it has gone from 880,000 euros in 2015 to more than 1.8 million euros, an increase of 113% in the last four years due, among other things, to the entry of personnel from the Mercado de Colón car park and the rise in wages.

Relatively, they followl Municipal Municipal Council and the Central Board of Fallera, both autonomous organizations that run Alejandro Ramón and Carlos Galiana respectively, although the past mandate the leadership carried it Consol Castillo and Pere Fuset. Here there is an increase of 65% (from 440,000 euros to 730,000) and 50% (from 190,000 euros to 280,000) in personnel. Fuset, for example, has always defended that the Fallas body was underfunded in personnel, and part of the increase comes from there, although it is a fairly considerable rise.

Also noteworthy is the analysis in the municipal organization of Parks and Gardens, dependent on the Deputy Mayor and Councilor for Urban Ecology, Sergi Campillo, where the municipal budget dedicated to personnel is 39% higher than in 2015, going from 8.1 million euros then to 11.3 million in the latest accounts. The staff has increased by 47 people since the 212 of the first year of mandate and the organism begins to manage this year the Central Park, the new trail and other spaces of the city.

In the Popular University, directed by Isa Lozano, the increase is 32%, going from 3.8 million euros to more than 5 million in 2020. The recognition of three-year staff and the regularization of part of it would be among the reasons, according to sources from the Lozano department. This item also grows in the Palau de la Música, lead by Gloria Tello. It does 22% from the 8 million in 2015 to the current 9.8. Six orchestra teachers, two technicians, and two administrative staff have since been hired, although this would not explain the entire increase.

The public entity Mostra de València, recently created after disappearing with the previous executive, and who also chairs Tello, has reached 97,000 euros in personnel, all paid to companies that have provided certain services to the entity. For his part, the Congress Palace, who runs the mayor Pilar Bernabé, has increased his game by 17% and more than 200,000 euros to 1.2 million this year.

These increases have raised criticism from popular to the point that your spokesperson, María José Català, has criticized that the personnel policy in all these entities “has been full of shadows and lack of effectiveness”. “The entire municipal public sector has substantially increased its pantillas,” he continues, “and management positions, without there having been an expansion or improvement of the services offered to citizens.

In this sense, he also criticizes that, in general, the consistory has increased all the games dedicated to this need. “Since Joan Ribó he acceded to the mayor’s office, personnel costs have skyrocketed, “censors the popular, going from the 329 million euros spent in 2015 to 431 million in 2020 “, adding the budget of the City Council and the public sector. 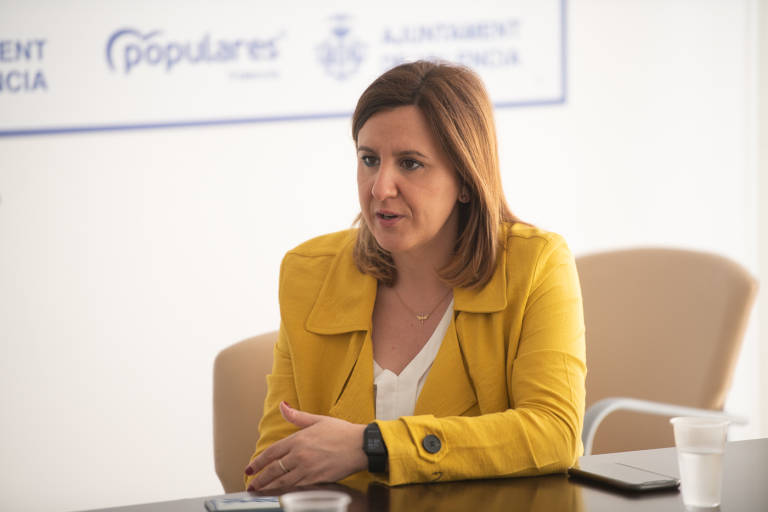 As this newspaper published, only in 2020, the first budgets after the last elections, spending on high positions of the government team -without entering dependent entities- increased by 23%, from 2.6 million euros to 3, 2 million euros, by forecasting a salary increase and also the forecast of seven new appointments. Many of these positions, to this day, are still unfilled. Català assured that the municipal government “has increased spending on personnel with the increase in advisers, trusted personnel, hand-appointed coordinators and placements without going through public processes.”

In short, the popular He said that the consistory has “more spending” but “worse attention to citizens”, after confirming the complaints about lack of cleaning and maintenance in the sanitation network, as well as the blockage in many administrative processes that slow down the creation of employment and wealth in the city.